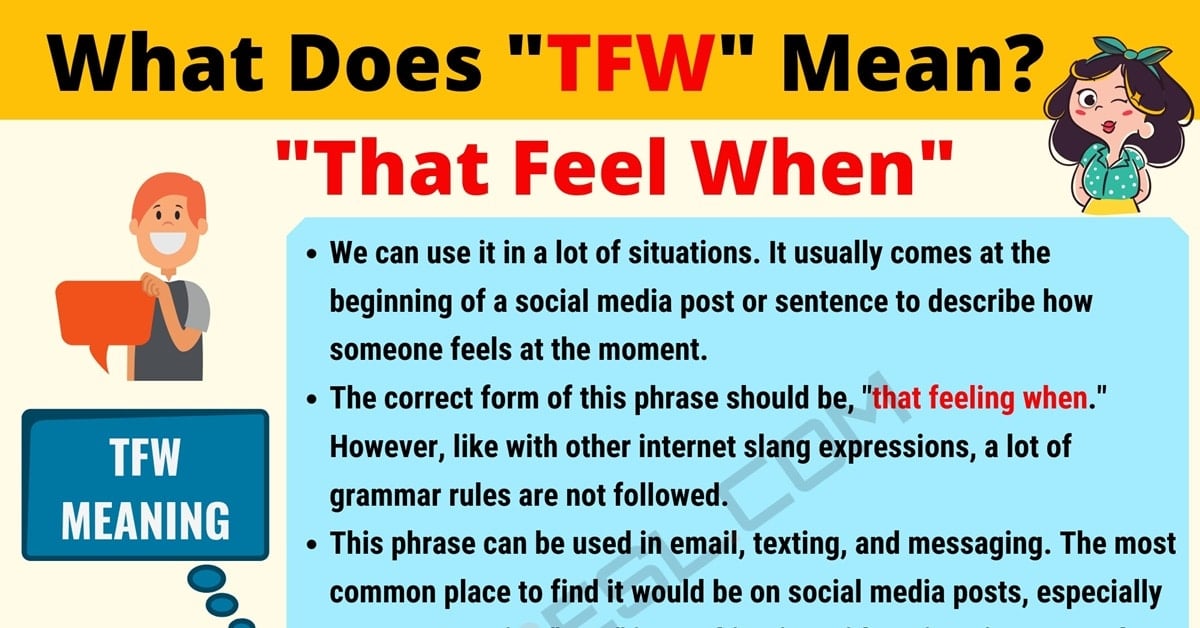 What does TFW mean? Looking for the definition and the usage of this text abbreviation? In this page, you’ll find useful information about this trendy slang word with ESL pictures and useful conversation examples.

What Does TFW Mean?

“TFW” stands for “that feel when.”

We can use it in a lot of situations. It usually comes at the beginning of a social media post or sentence to describe how someone feels at the moment.

Although it is not clear where the origin of this phrase comes from, some trace it back to the, “I know that feel bro” meme.

The correct form of this phrase should be, “that feeling when.” However, like with other internet slang expressions, a lot of grammar rules are not followed.

This phrase can be used in email, texting, and messaging. The most common place to find it would be on social media posts, especially memes. By using “TFW” in combination with various images and gifs, users can express their current mood or make a post to entertain their friends/social media followers.

In this post, we can see that the “feel,” or feeling, the user is trying to express is one of relief. This person originally thought they didn’t have their passport and is causes a panic. After finding it, the person should become relieved.

In this text conversation, we can see that texter 1 is checking up on texter 2 to see how she’s doing. Texter 2 says she’s not doing so well. In this case, she uses “TFW” to show that she is in a great deal of pain. 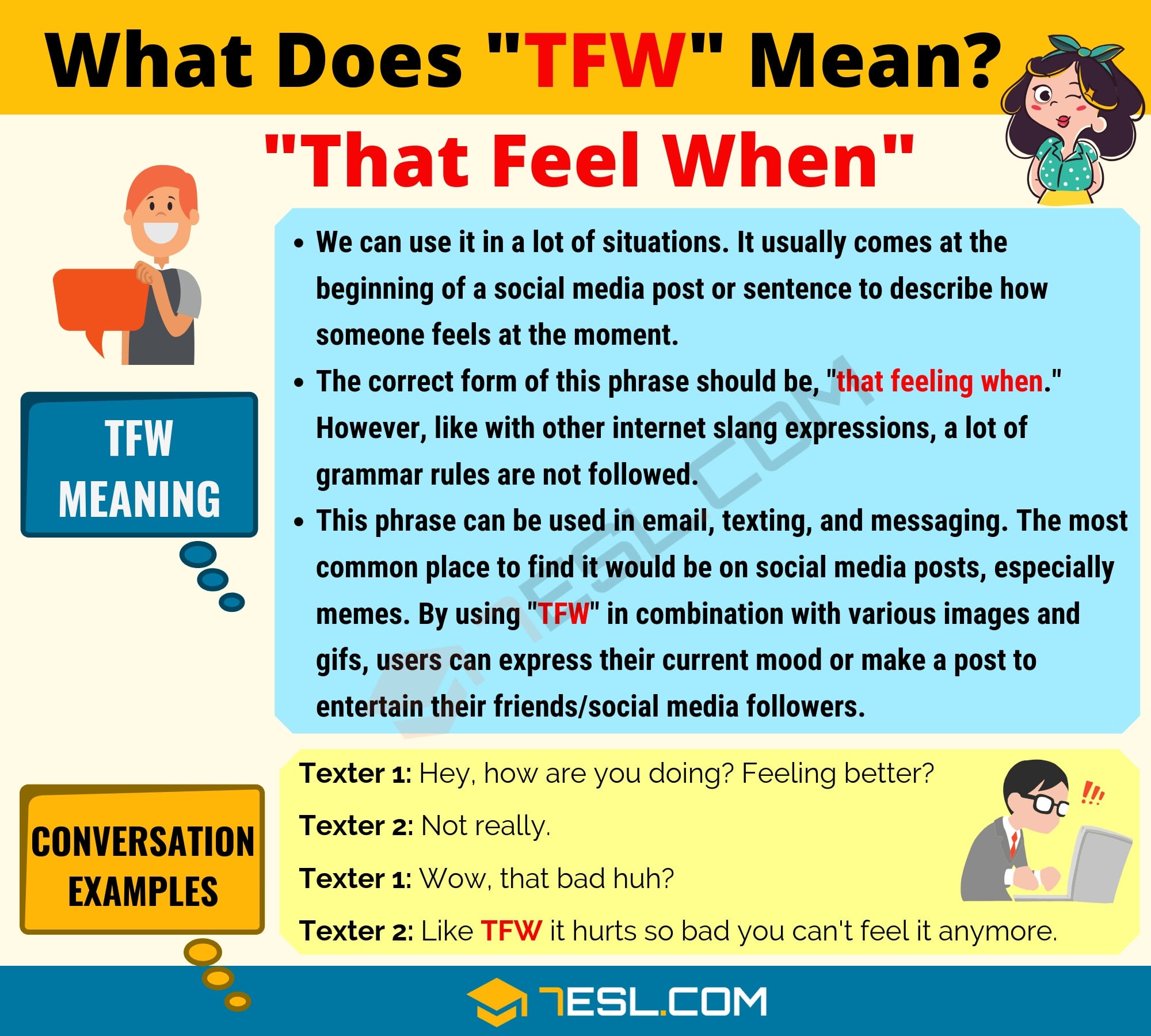