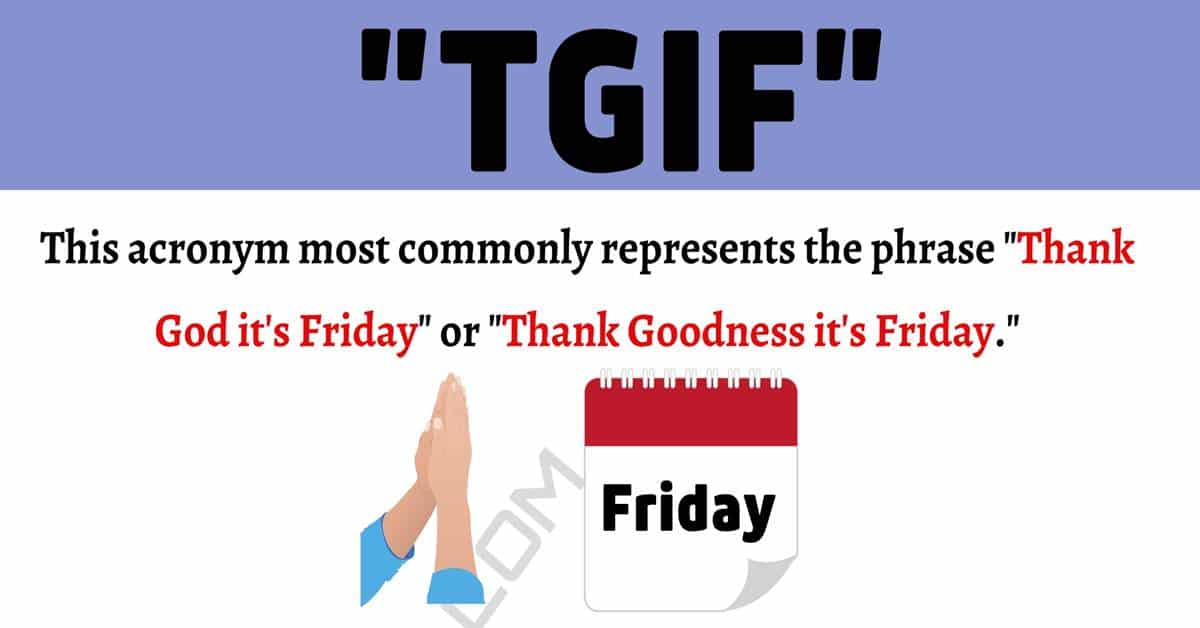 The acronym “TGIF” has been uttered by nearly everyone, everywhere at least once in their lives. If you have only heard it for the first time quite recently, then you should be prepared to hear it many more times in your lifetime. One way to prepare for that is by learning what this term means, which is probably what led you here to this page. You are in luck because here, in addition to finding the meaning, you will also find some other interesting facts about this acronym, such as the information about its origin and some alternative meanings of the acronym itself. You will also be given the chance to read through some example conversations to help you better understand the meaning of the phrase this acronym represents. Lastly, you will discover some alternative words or phrases that you can use in place of this term to convey the same meaning.

What Does TGIF Mean?

This acronym most commonly represents the phrase “Thank God it’s Friday” or “Thank Goodness it’s Friday.” It is typically said by people who have had a long week and are glad their weekend has finally come around so they can enjoy some time off.

The phrase “Thank God it’s Friday” was first said sometime in the 1970s by a DJ at a radio station in Ohio. The DJ’s name was Jerry Healy and he worked for the WAKR radio station based in Akron, Ohio. Soon after the phrase crossed the airwaves, it became widely used by people of the working class to celebrate the end of the week to usher in a weekend of relaxation or partying. 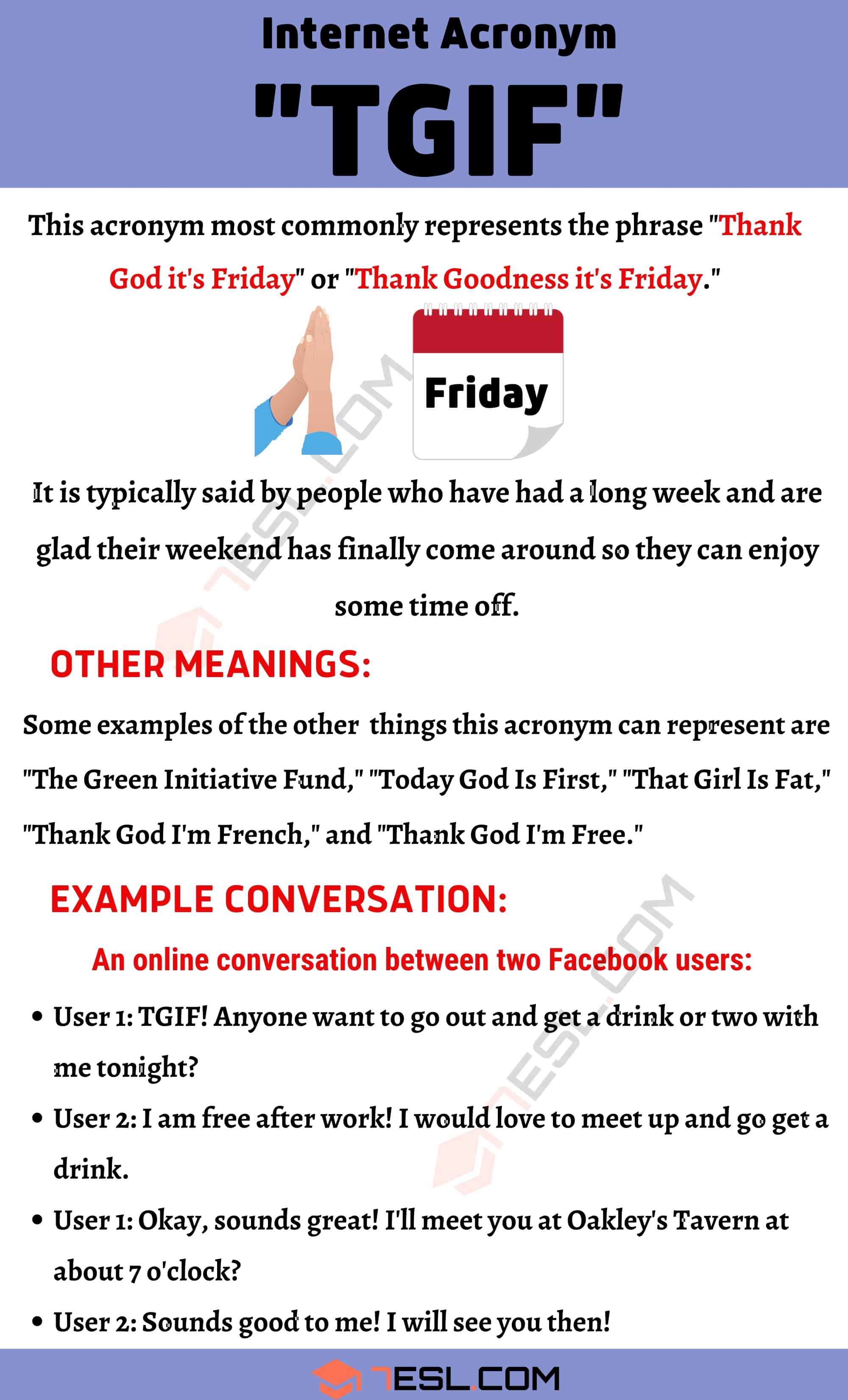