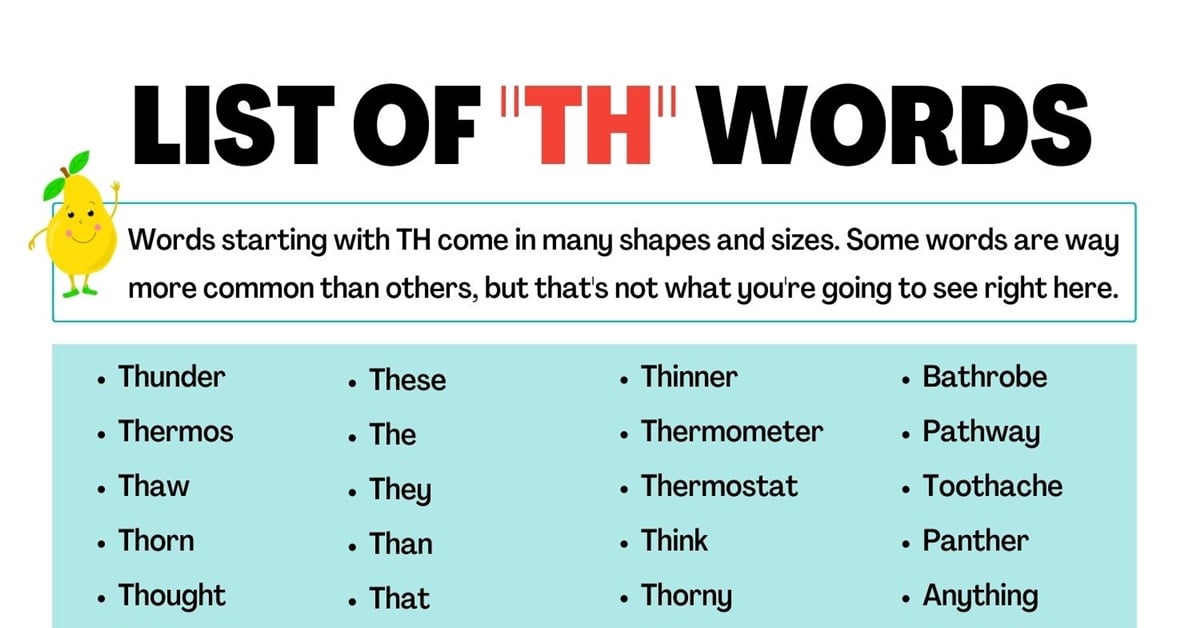 What are TH words in English? The letters T and H can appear simultaneously at the front or end of a word. They can even show up somewhere in the middle of terms. However, today’s focus is on TH words with the letters at the beginning. So, if that’s what you came here for, you’re in luck. Stick around and read on to learn more.

What are TH Words?

TH words can be verbs, nouns, adverbs, and other parts of speech. They sometimes describe actions or people, places, and things. Why are you in need of the terms? Are you stumped by a crossword puzzle hint? Or are you simply trying to say something but need a word? It really doesn’t matter why the expressions are required. The point is that they are, so let’s move to the next section to see some examples up close and personal.

Words starting with TH come in many shapes and sizes. Some words are way more common than others, but that’s not what you’re going to see right here. Stay tuned, though, because those are coming up next. But now, it is time to look at some words that you may not have seen or heard before.

Words that Start with TH

Words with TH in the Middle

Words that End in TH

Meanings of Some TH Words

In this particular situation, throw is a verb. However, the word can also be a noun on occasion. Today, the verb form of throw will be defined as to propel something through the air by force with the movement of an arm or hand. The teacher asked the students, “Did you see him throw the eraser at the chalkboard?”. That is how the term can be used in a sentence.

Thumb is definitely a word that begins with TH. Hence, that’s why it makes this list. The thumb is the first digit on the human hand next to the index finger. This term is a noun, and if you wanted to use it in a sentence, you could say something similar to, “The man broke his thumb after slamming it in the car door.”

The term thief is also a noun. It is defined as an individual who steals someone else’s property. The deed is typically done by stealth and without force. The thief has hit every house in the neighborhood, and the cops have no leads is a way to use the noun in a sentence.

The word thump can be used as a verb or noun. As a verb, it can be defined as to hit someone or something forcefully. Meanwhile, when people use the term thump as a noun, it means a heavy, dull blow. The child thumped his desk with his hand is how to use the word.

Hopefully, these TH words do the trick for you. However, there are many others where these came from. Therefore, if different terms are required, don’t hesitate to perform your own research. An online search should do the trick easy enough, but you can also break out a dictionary if you wish. 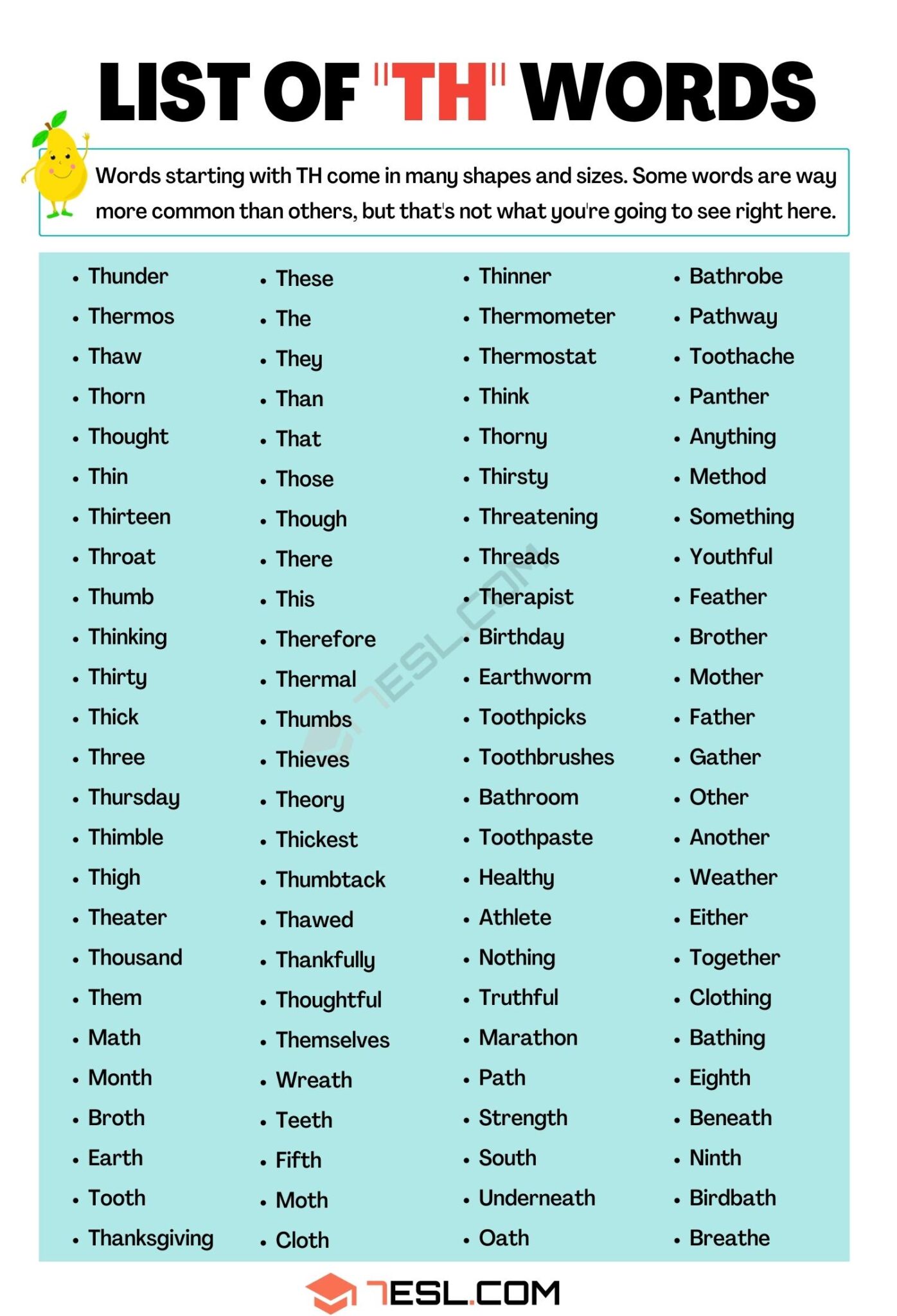