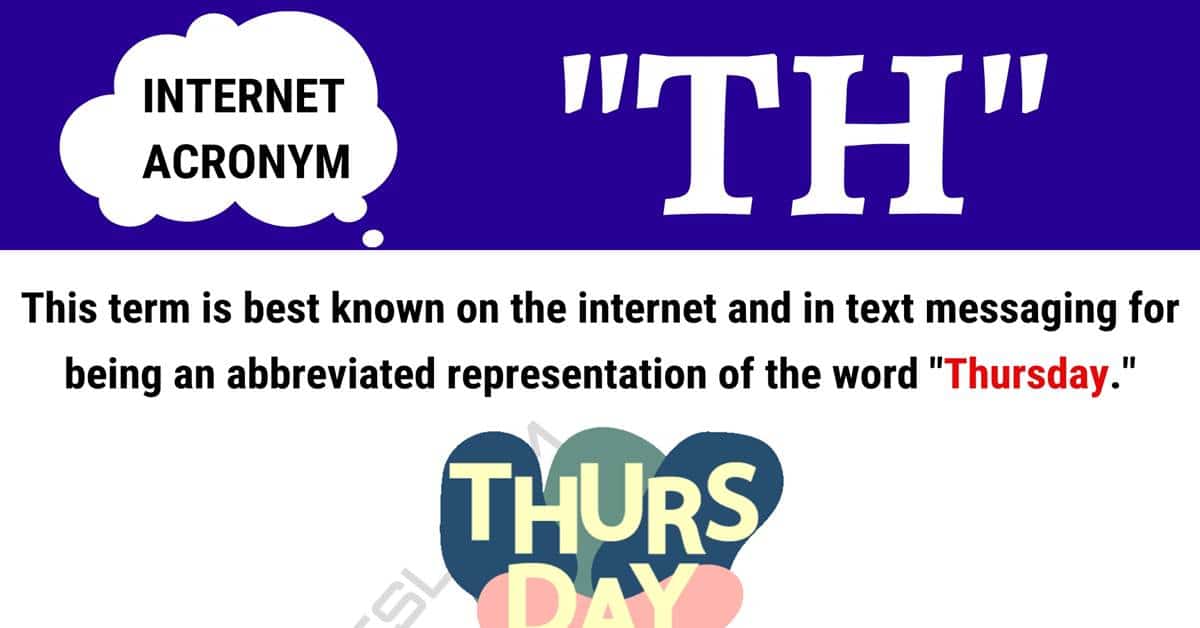 “TH” is the abbreviation used for a common word that everyone already knows. If you’ve seen this abbreviation used and were not already familiar with the meaning, you have ventured the right spot on the internet. Here the meaning of this abbreviation can be found, along with some information about the birth of the word it represents and some other meanings if any can be located. You will also unearth some example conversations that feature the proper usage of this term. Finally, you will uncover some synonyms for this term if it is possible to use other wording and not change the meaning.

What Does TH Mean?

This term is best known on the internet and in text messaging for being an abbreviated representation of the word “Thursday.” It is one of the seven days of the week that comes just after Wednesday and before Friday.

The derivation of the word “Thursday” is derived from Old English, Middle English, and the Old Norse. This day of the week is named after the God of thunder, Thor, and roughly translates in Old Norse to mean “Thor’s Day.” It was translated into English to be Thursday and has been used to denote the fourth or fifth day of the seven-day week, depending on if the start of the week for you is Sunday or Monday, and it has been used at least since the 1800s.

From people’s names to generic phrases, these are some of the other things that, when used as an acronym, this term can represent. Some specific examples are “Tommy Hilfiger,” “townhouse,” “Tom Hanks,” “Texas Hold’em,” and “tree hugger.” These are just some scattered examples of possibilities and there are many more.

Since this acronym represents the official name for a day of the week that everyone knows, there are no synonyms for it that would not change the meaning. 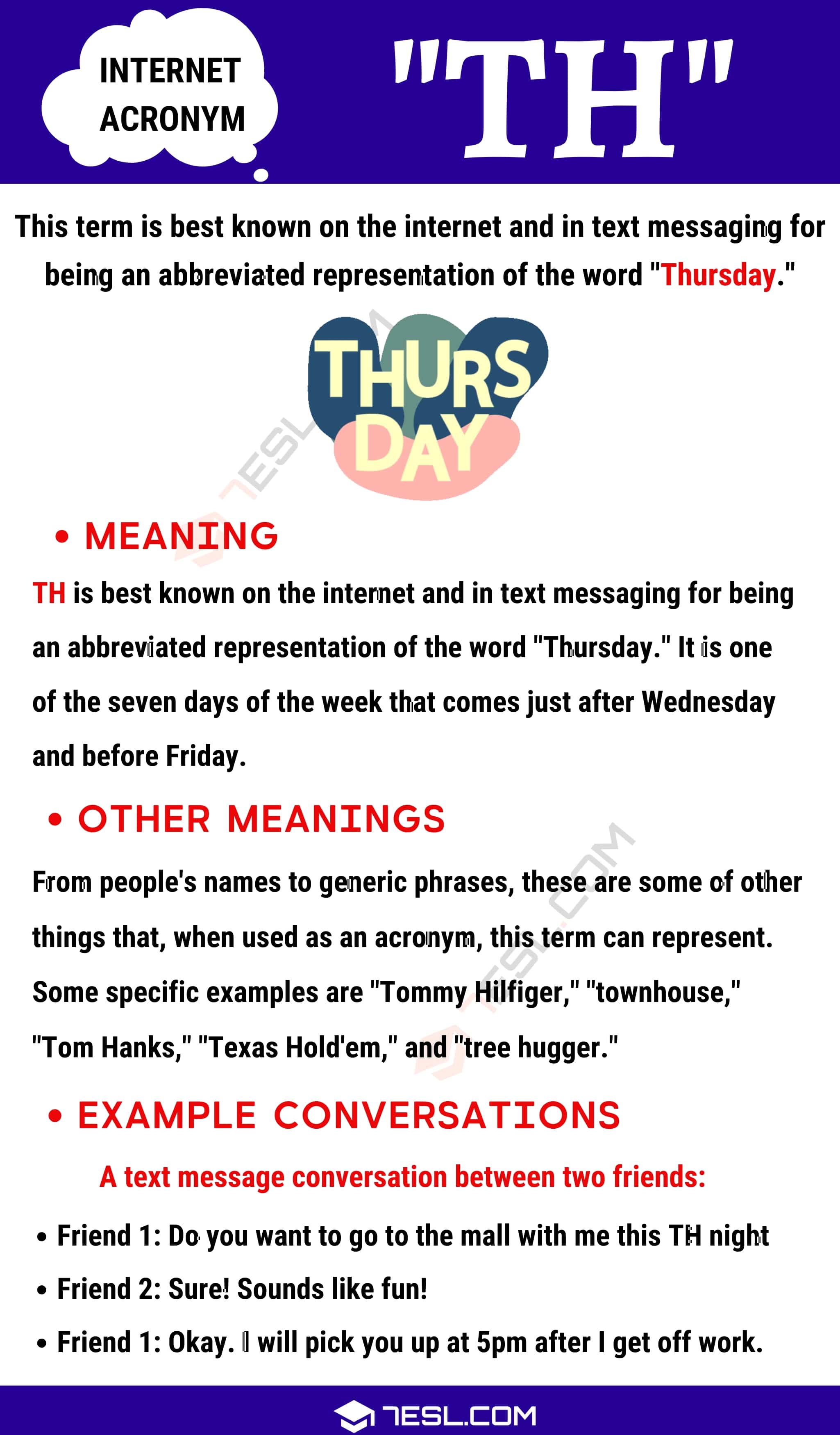