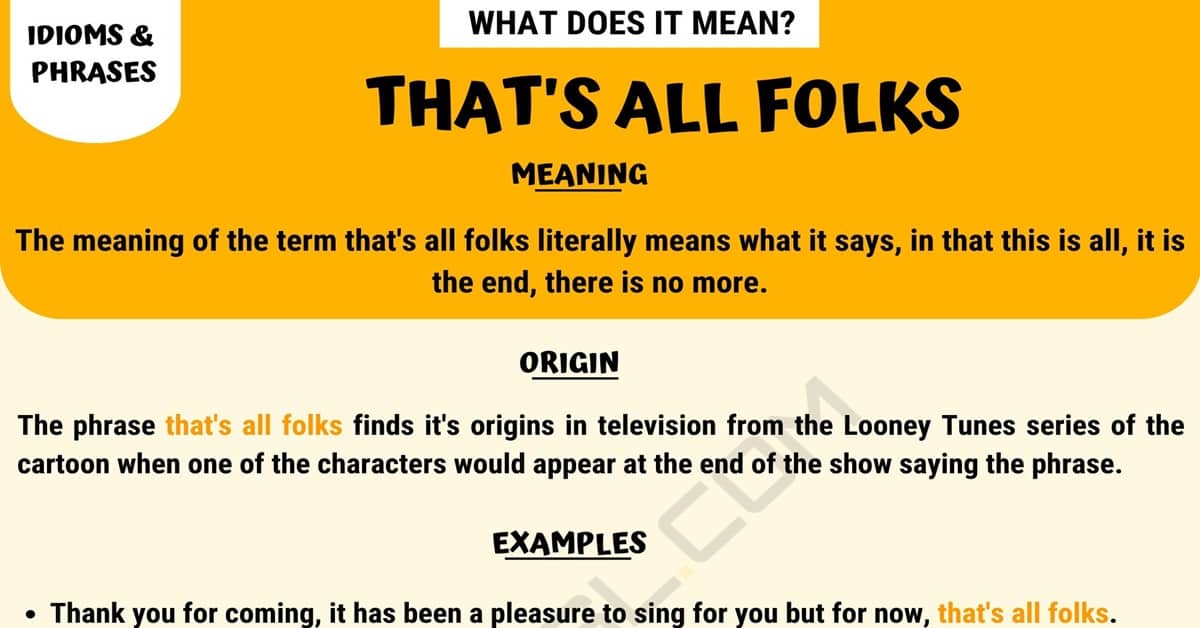 You may have heard the commonly used idiom that’s all folks used in English conversation many times, but what does this saying mean? We are going to find out the meaning of this term as well as taking a look at some examples of how it can be used in a day to day conversation. We are also going to look into the history of the phrase and find out where it first came from.

The meaning of the term that’s all folks literally means what it says, in that this is all, it is the end, there is no more.

Origin of the popular term

The phrase that’s all folks finds it’s origins in television from the Looney Tunes series of the cartoon when one of the characters would appear at the end of the show saying the phrase.

You are likely to hear the term that’s all folks in various different contexts, we are now going to take a look at some sentences in which it might feature.

The first statement is being made by a singer at the end of a concert.

The second statement is one being made by a teacher.

There might be many different conversations in which the term that’s all folks appears. We are now going to look at some examples of times it might be seen in a conversation.

The first conversation is one which is taking place between some coworkers on a Friday afternoon.

The next conversation is happening between two people in a bar.

Other Ways to Say “That’s All Folks” 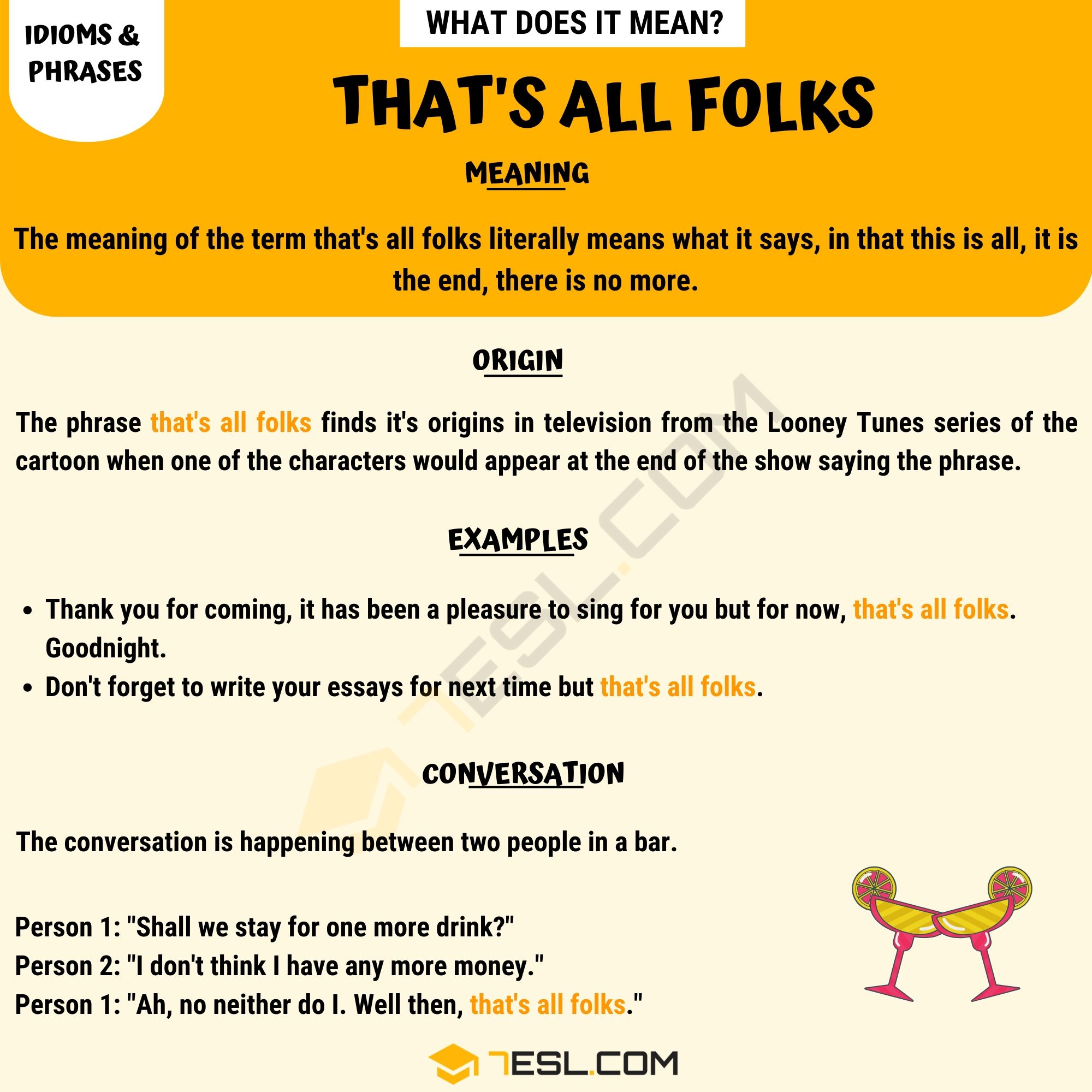