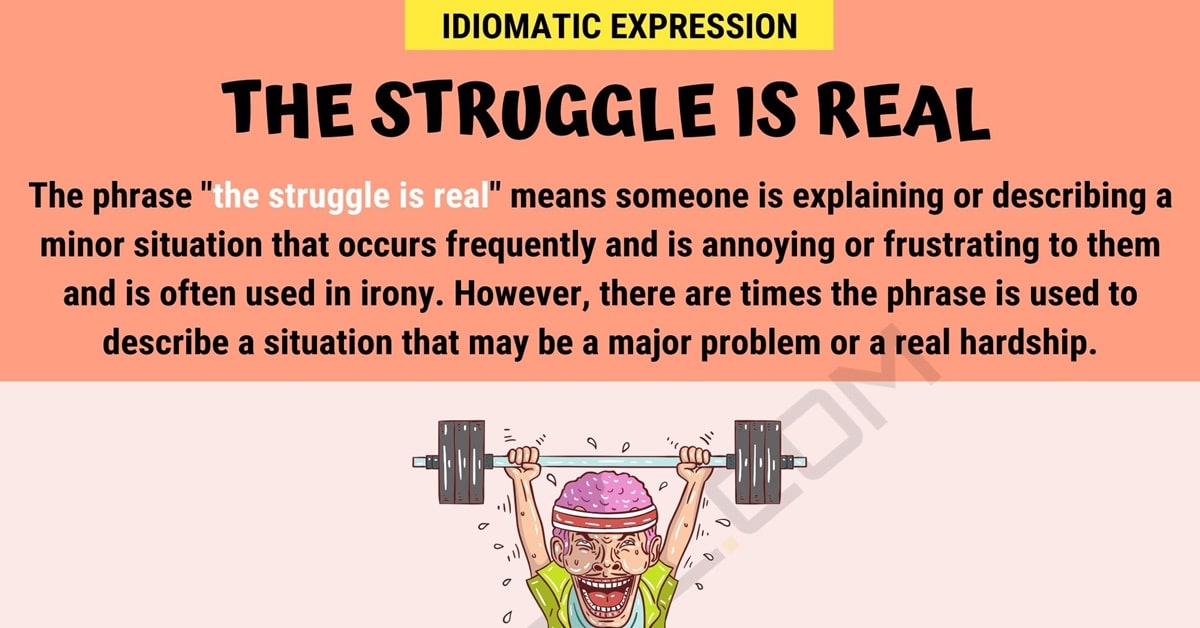 “The struggle is real” is an idiom that is used frequently in conversation or writing. You may even hear it on the radio in songs. Here you will find everything you have ever been curious about concerning this phrase, including its meaning and origin. You will also see some examples of how to use this phrase correctly in sentences and conversations. The conclusion will offer you some alternative suggestions to use in place of this phrase to convey the same meaning.

The Struggle Is Real

The Struggle Is Real Meaning

The phrase “the struggle is real” means someone is explaining or describing a minor situation that occurs frequently and is annoying or frustrating to them and is often used in irony. However, there are times the phrase is used to describe a situation that may be a major problem or a real hardship.

The phrase “the struggle is real” is a relatively new phrase that has been in use since the 1990s. It is typically a phrase that is used by millennials. However, it was not until 2002 that the phrase became widely popular after the release of a song title Fame by the rap artist 2Pac. Although mostly used in irony today, this song uses the phrase to describe the real and complex issue of the struggle African-Americans continue to go through in America.

“The Struggle Is Real” Examples

Alternatives to “The Struggle Is Real”

There are many ways to substitute words or other phrases for the idiom “the struggle is real.” Some alternatives you could use in place of this phrase include:

What does “The Struggle Is Real” Mean? | Picture 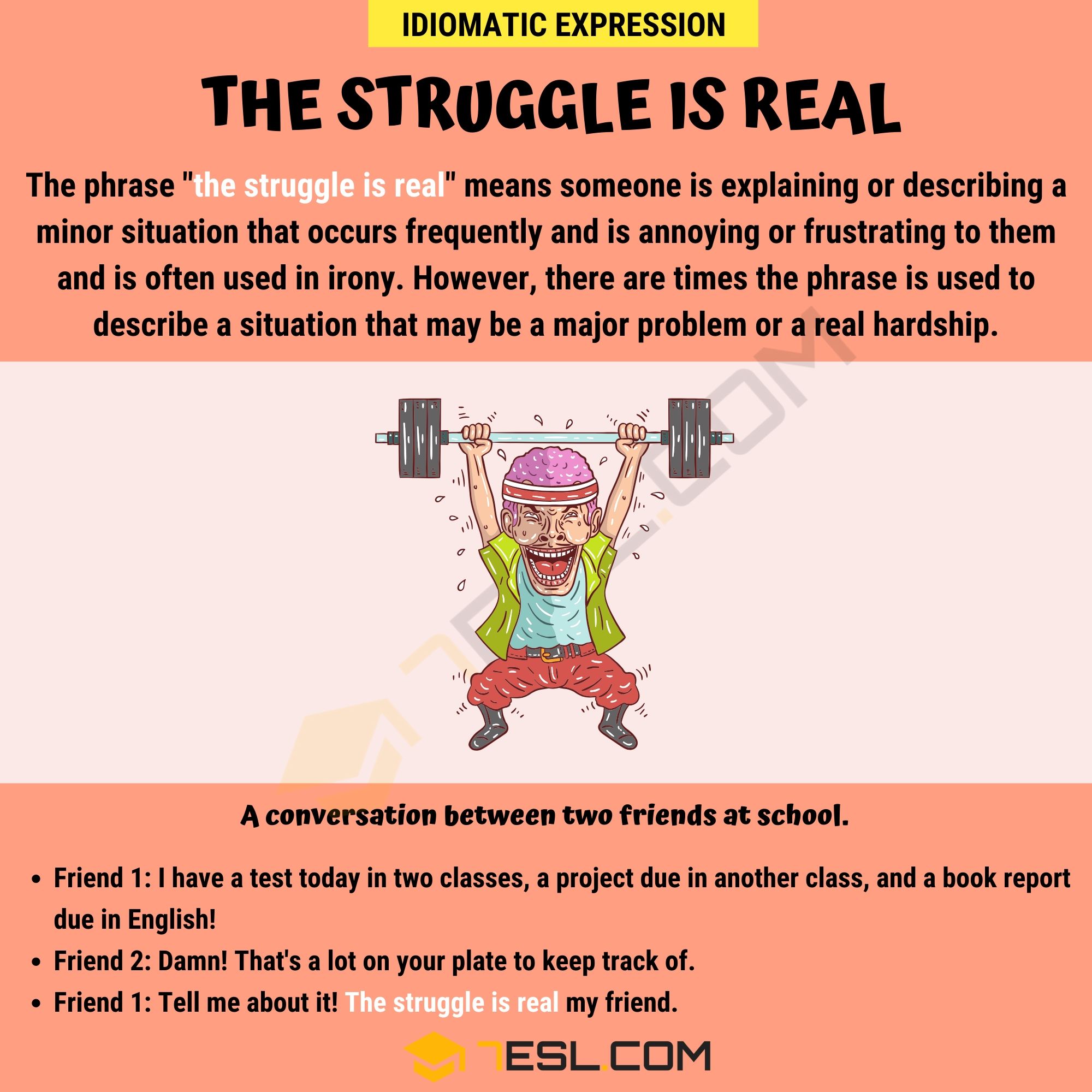