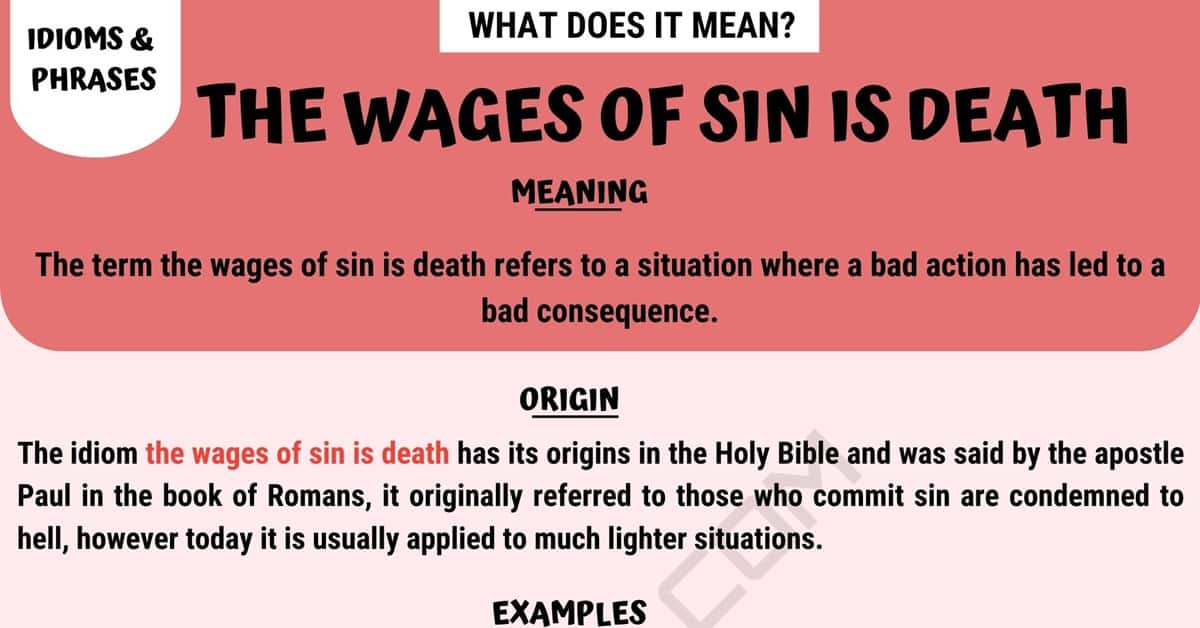 You may have often heard the popular idiom the wages of sin is death during a conversation, you may also have pondered what its meaning is. We are going to take a look at the meaning of this phrase as well as looking at some examples of how to use it. We are also going to find out where the term first came from.

The Wages of Sin Is Death

The Wages of Sin Is Death Meaning

The term the wages of sin is death refers to a situation where a bad action has led to a bad consequence.

The idiom the wages of sin is death has its origins in the Holy Bible and was said by the apostle Paul in the book of Romans, it originally referred to those who commit sin are condemned to hell, however today it is usually applied to much lighter situations.

“The Wages of Sin Is Death” Examples

We are now going to take a look at some examples of sentences in which the phrase might appear.

The first statement is being made by a father to his son.

The next statement is being made by one friend to another.

There is a multitude of conversations in which you might see the term the wages of sin is death. We are now going to look at some examples of this to understand better how the phrase works.

The first conversation is taking place between a husband and wife.

The next conversation is happening between a teacher and her student.

As with many sayings, there are other phrases you can use which carry the same meaning, let’s take a look at some of these now.

The Wages of Sin Is Death | Picture 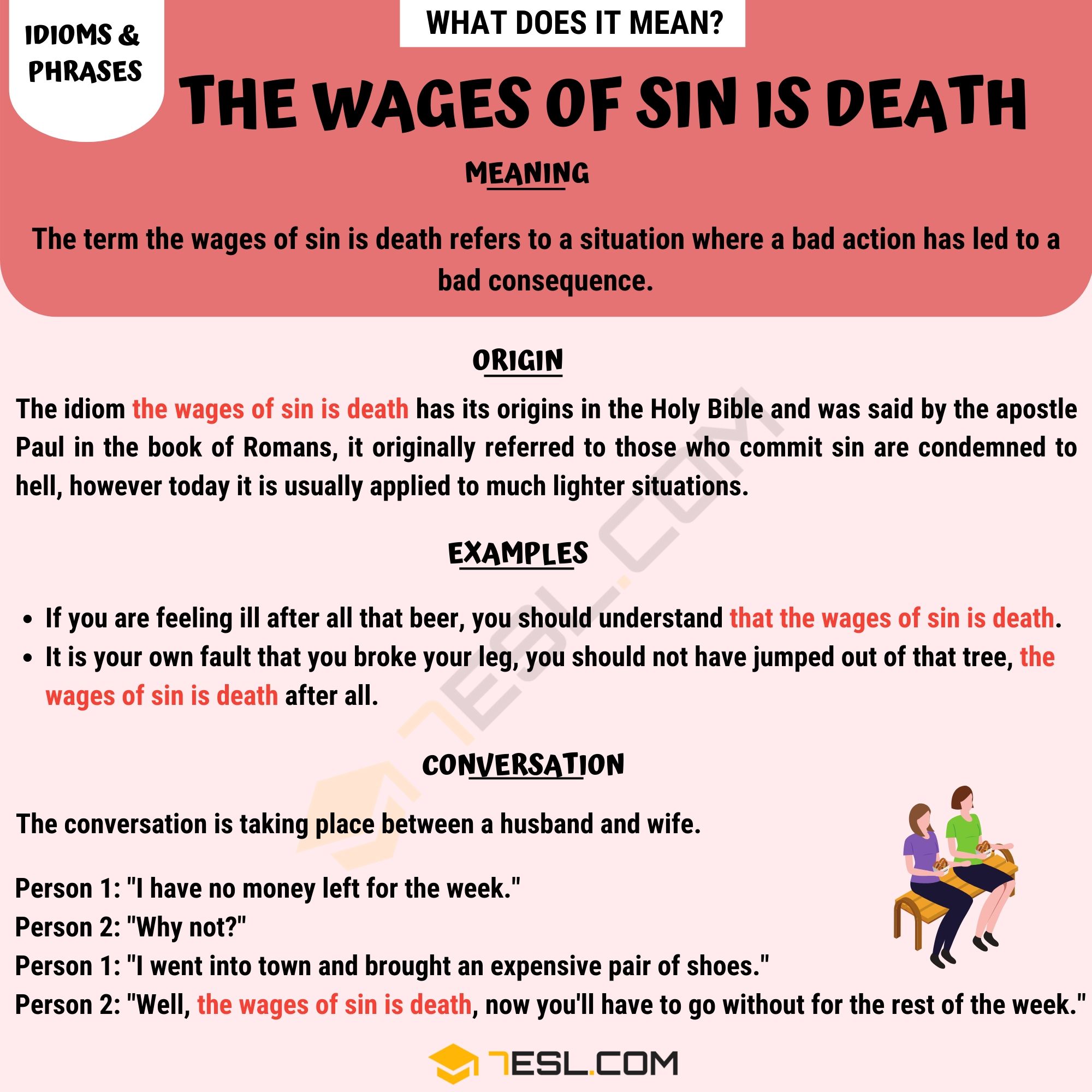