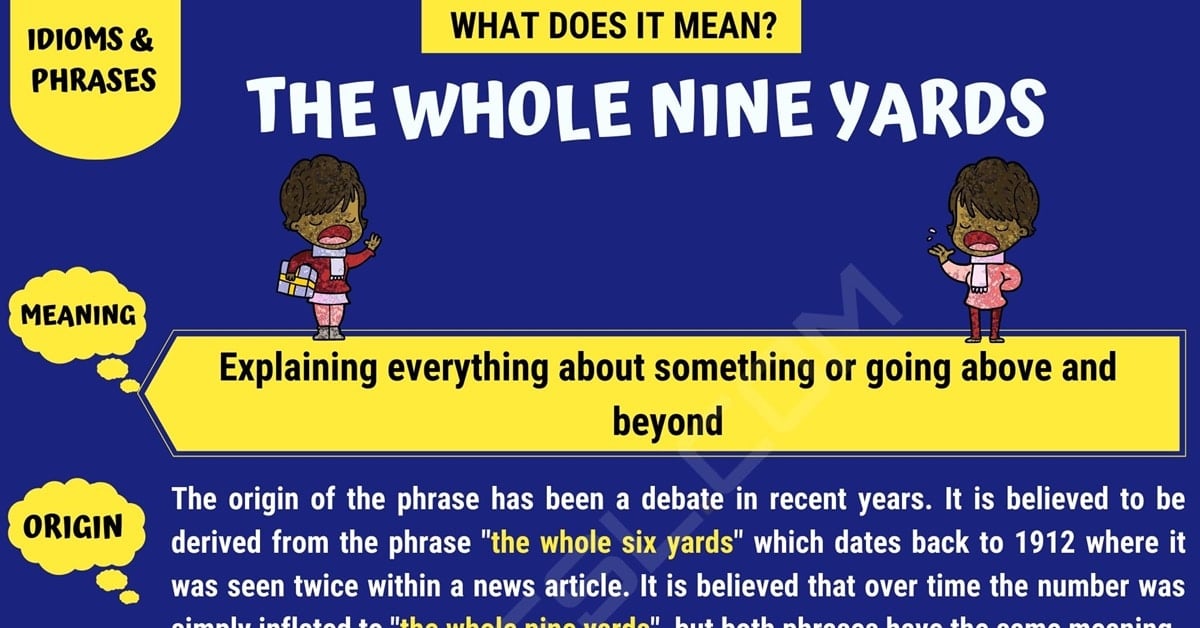 “The whole nine yards” is an idiomatic phrase that is used quite often during everyday communication. Here you will find the meaning of this phrase and the story behind its origin. You will also find examples of how this phrased is used properly in everyday conversations/statements and find other ways to express this phrase in more literal terms.

The idiom “the whole nine yards” means explaining everything about something or going above and beyond.

The origin of the phrase has been a debate in recent years. The phrase itself is believed to be derived from the phrase “the whole six yards” which dates back to 1912 where it was seen twice within a news article. It is believed that over time the number was simply inflated to “the whole nine yards”, but both phrases have the same meaning.

A statement in the local newspaper.

A statement in a popular magazine.

Other Ways to Say “The Whole Nine Yards”

There are many ways to say “the whole nine yards” using literal terms. You could say: 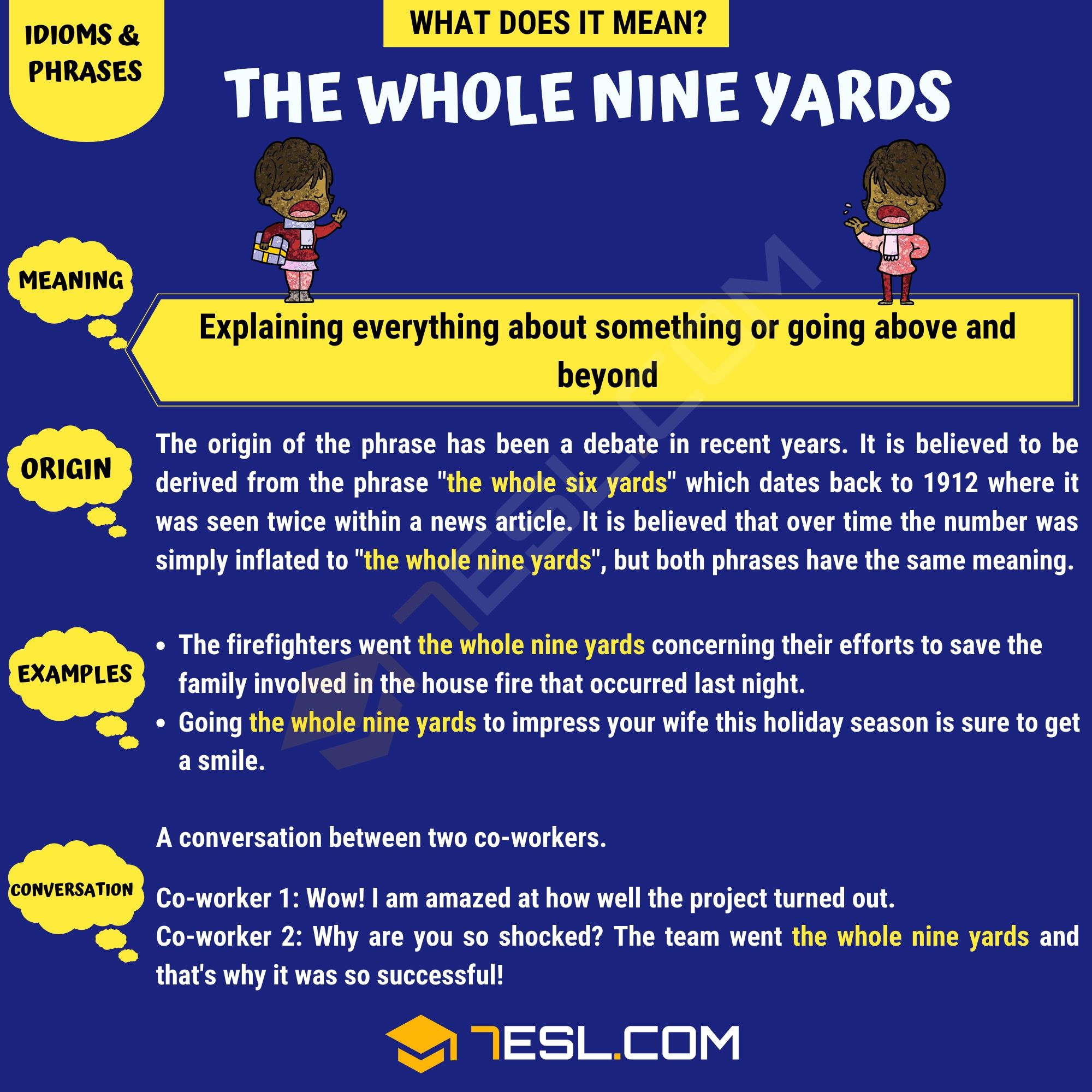 Hi, I know that the origin of the idiom ‘the whole six/nine yards’ is a mystery but I do have a possible option. With India still an English colony in the early 1900, the English used the length of a standard indian saree (the outfit that’s draped around the body) 6 meters or yards or the traditional 9 meters or yards as the idiom. Indians fuss over the length of the saree as It is a very important aspect while choosing the right saree that it should be a full 6/9 yards in measurement otherwise its not considered right. Maybe… Read more »