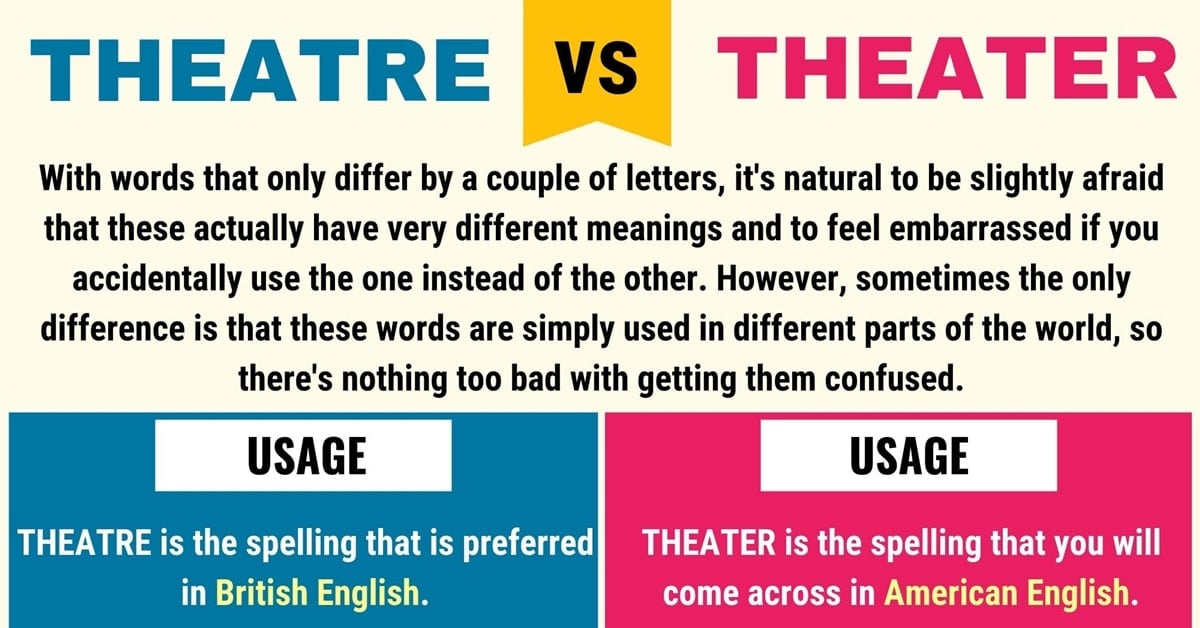 Theatre vs. theater! With words that only differ by a couple of letters, it’s natural to be slightly afraid that these actually have very different meanings and to feel embarrassed if you accidentally use the one instead of the other. However, sometimes the only difference is that these words are simply used in different parts of the world, so there’s nothing too bad with getting them confused. One example is theatre vs. theater.

This difference applies to all meanings of the word. Whether you’re talking about theatre or theater as a building where you go to see a place or a performance, a profession of directing and producing plays or acting in them, or a place to go and see a movie, you always need to spell the word according to your target audience. If your text is for the British, it should be theatre. But if you’re writing an article for American readers, you should spell it as theater.

Still, since the only thing you need to be careful with theatre and theater is which part of the world you are in, you don’t have to worry too much about misusing them. No matter where you are and which option you choose, everyone will understand what you want to say.

Difference between Theatre vs. Theater | Picture 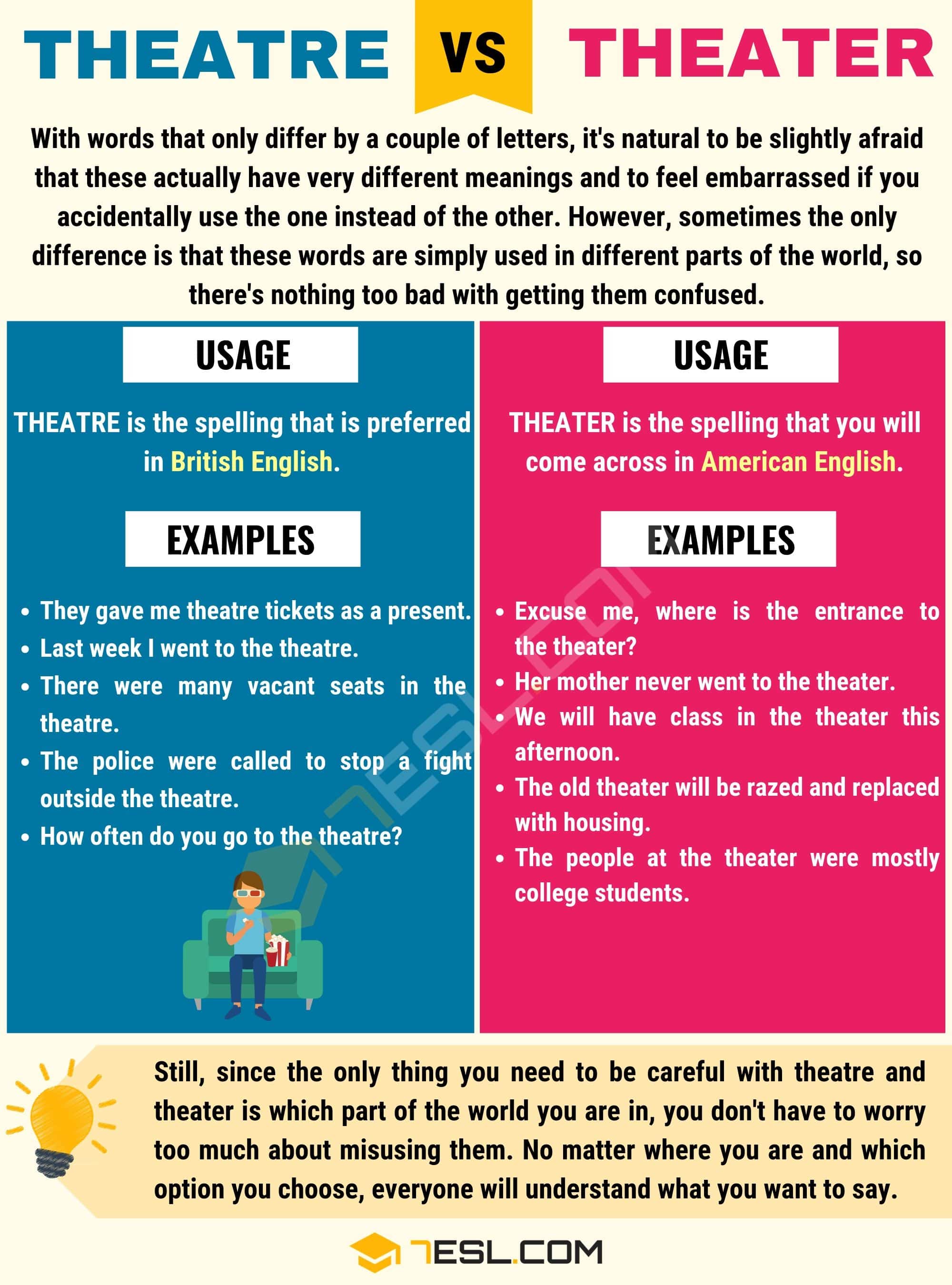 Theatre vs. Theater: When to Use Theater vs. Theatre