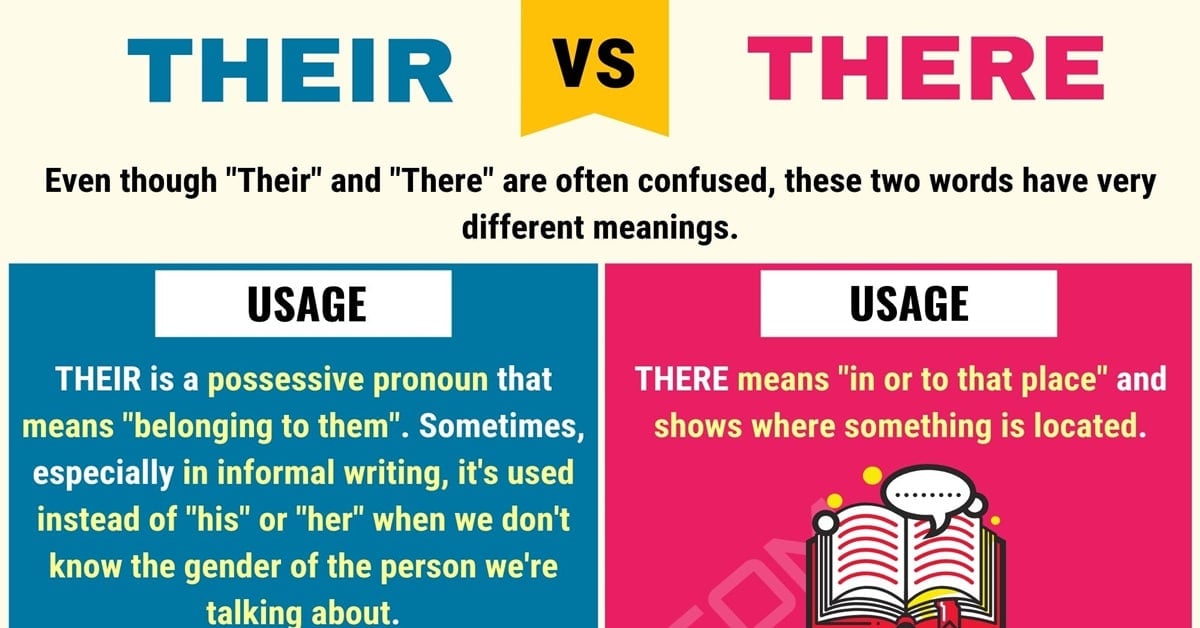 Their vs. there! Why does the English language have so many words that look almost the same but can’t be used the one instead of the other? That’s the question that everyone who’s learning English asks at least once. Indeed, homophones, or words that sound really alike, are common in this language. One pair that causes problems for many people is their vs there.

Even though they’re often confused, these two words have very different meanings. THEIR is a possessive pronoun that means “belonging to them”. Sometimes, especially in informal writing, it’s used instead of “his” or “her” when we don’t know the gender of the person we’re talking about. THERE, on the other hand, means “in or to that place” and shows where something is located.

When to Use There vs. Their

Let’s say that you went to a party that your friends organized last weekend. When someone asks you about how it went, you can reply, “Their party was great”. You use their because the party you’re talking about “belongs” to your friends. So, you need to use a possessive pronoun.

In a different example, imagine someone’s stopping you on the street to ask directions to the bus station. You can show them the direction and say, “You need to go there“, meaning that they need to go to the place that you’re showing.

Sometimes you can find both these words in one sentence but don’t let it confuse you. Imagine that you’re passing the restaurant where your friends organized that party that was already mentioned earlier. In this case, you will say, “Their party was held there“. The first word of this sentence indicates whose party it was, and the last one shows where the party was held.

In order to never get these two words confused, remember that there is the answer to the question where?. This is why their spelling differs only by one letter, while their, the word that has nothing to do with locations and places, is spelled very differently from where.

Their vs. There Examples

Difference between Their vs. There | Image

There vs. Their: How to Use Their vs. There Correctly? 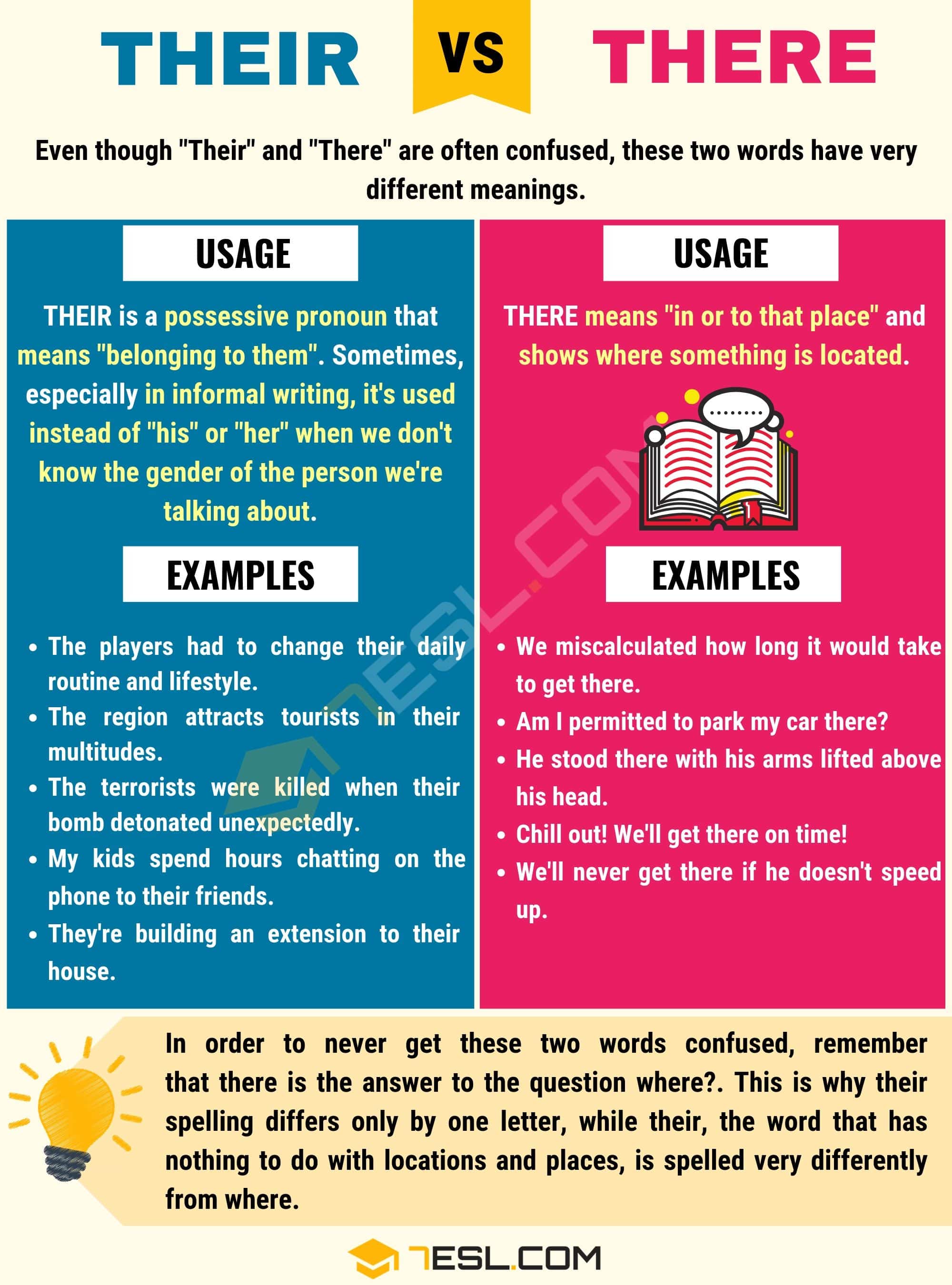