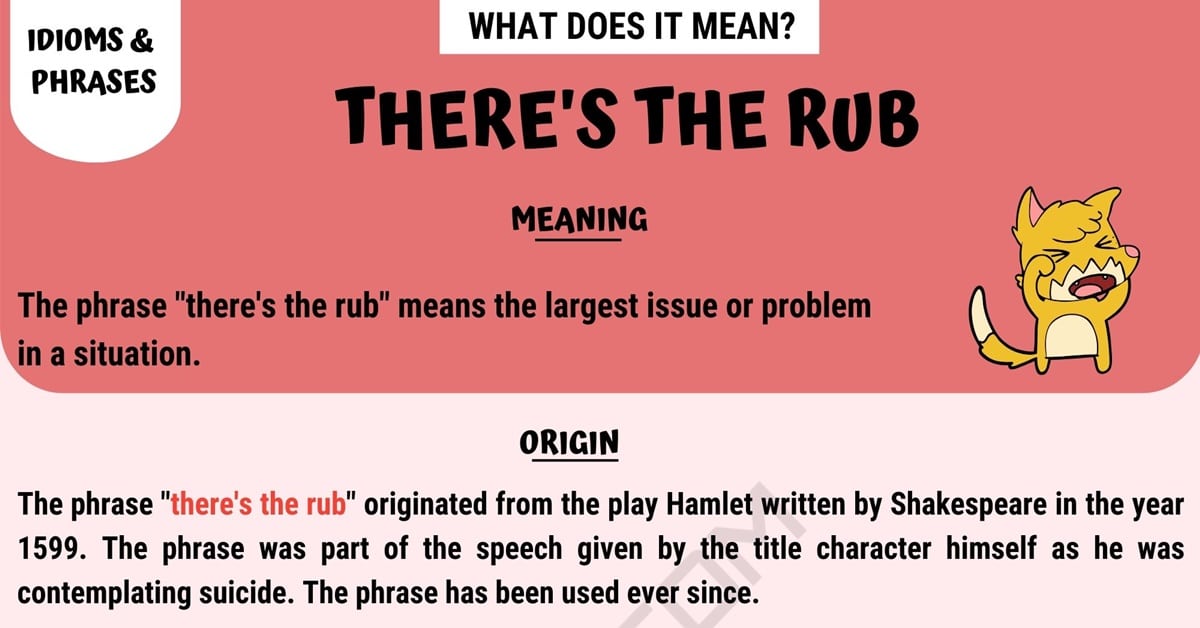 The interesting idiom “there’s the rub” means the largest issue or problem in a situation.

The phrase “there’s the rub” originated from the play Hamlet written by William Shakespeare in the year 1599. The phrase was part of the speech given by the title character himself as he was contemplating suicide. The phrase has been used ever since.

A statement made in the local paper about planned improvements to the city.

A conversation at a weekly team meeting between team members working on a project.

A conversation between a mother, father, and son.

Other Ways to Say “There’s The Rub”

As with most phrases, there are multiple ways to say “there’s the rub” and still convey the same meaning. Alternative ways you can say this phrase include: 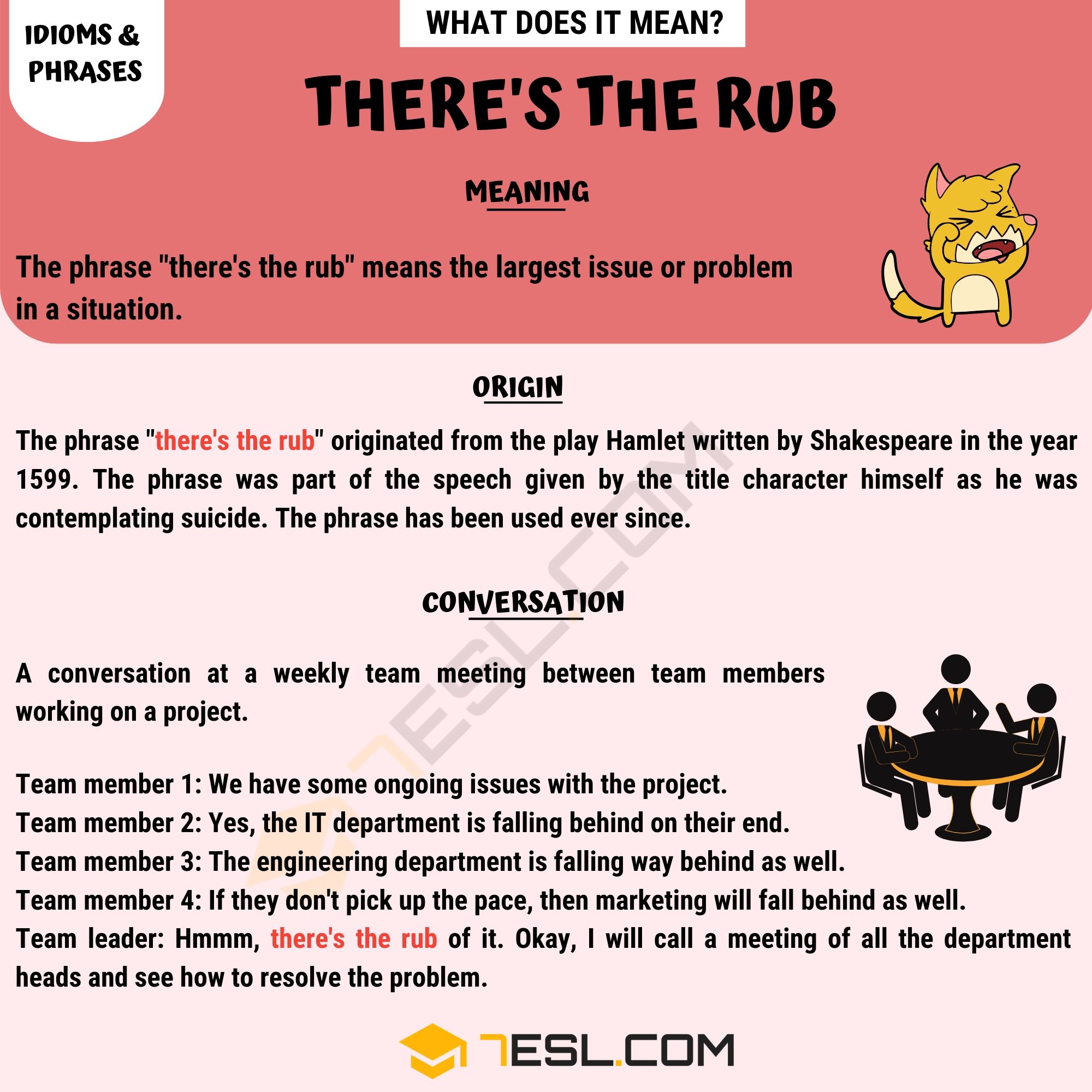