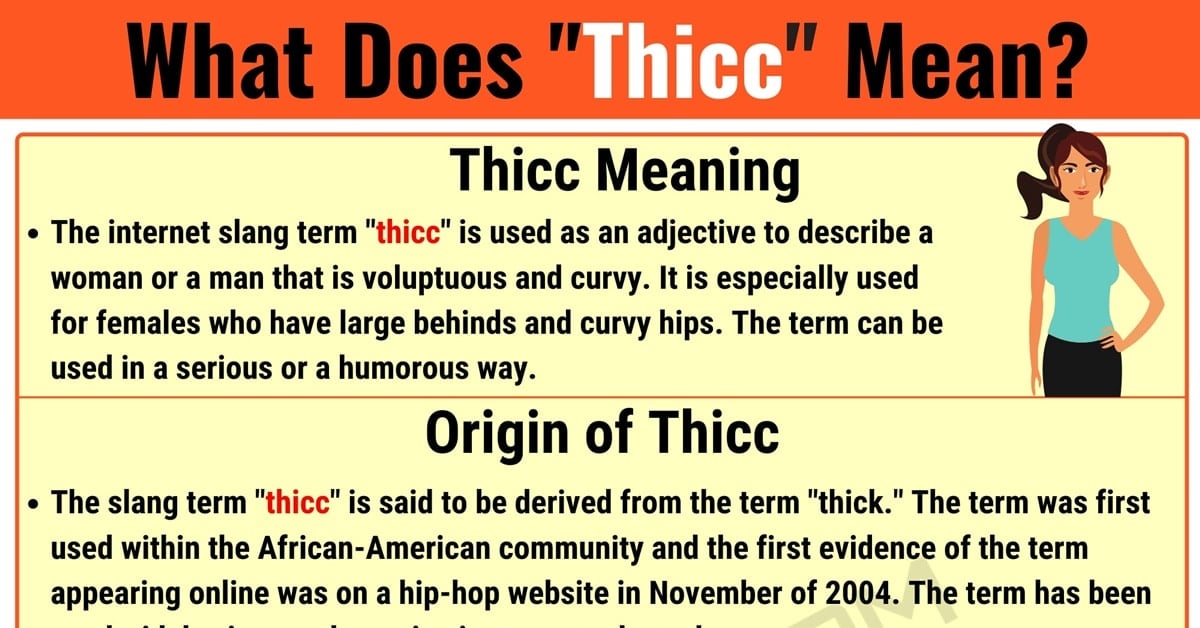 If you have been around the internet and are used to chatting or reading comments, then odds are you have probably seen the slang term “thicc” used repeatedly. However, many people are unaware of what exactly this term means. If you are one of those people, then continue reading. Here you will find the meaning of the internet slang term “thicc” and the story behind its origin.

You will also see some alternate meaning if there are any available and you will be able to read some example conversations to help you better understand the term and how it is used. Finally, you will see some alternate words or phrases to use instead of the term “thicc” to communicate the same meaning.

What Does Thicc Mean?

The internet slang term “thicc” is used as an adjective to describe a woman or a man that is voluptuous and curvy. It is especially used for females who have large behinds and curvy hips. The term can be used in a serious or a humorous way.

The slang term “thicc” is said to be derived from the term “thick.” The term was first used within the African-American community and the first evidence of the term appearing online was on a hip-hop website in November of 2004. The term has been used widely since and remains just as popular today.

There are currently no other meanings known for this slang term.

There are several words that you could use to replace “thicc” in conversation and still communicate the same meaning. Some of the words you could use include:

Here is the list of synonyms for the word “thicc” 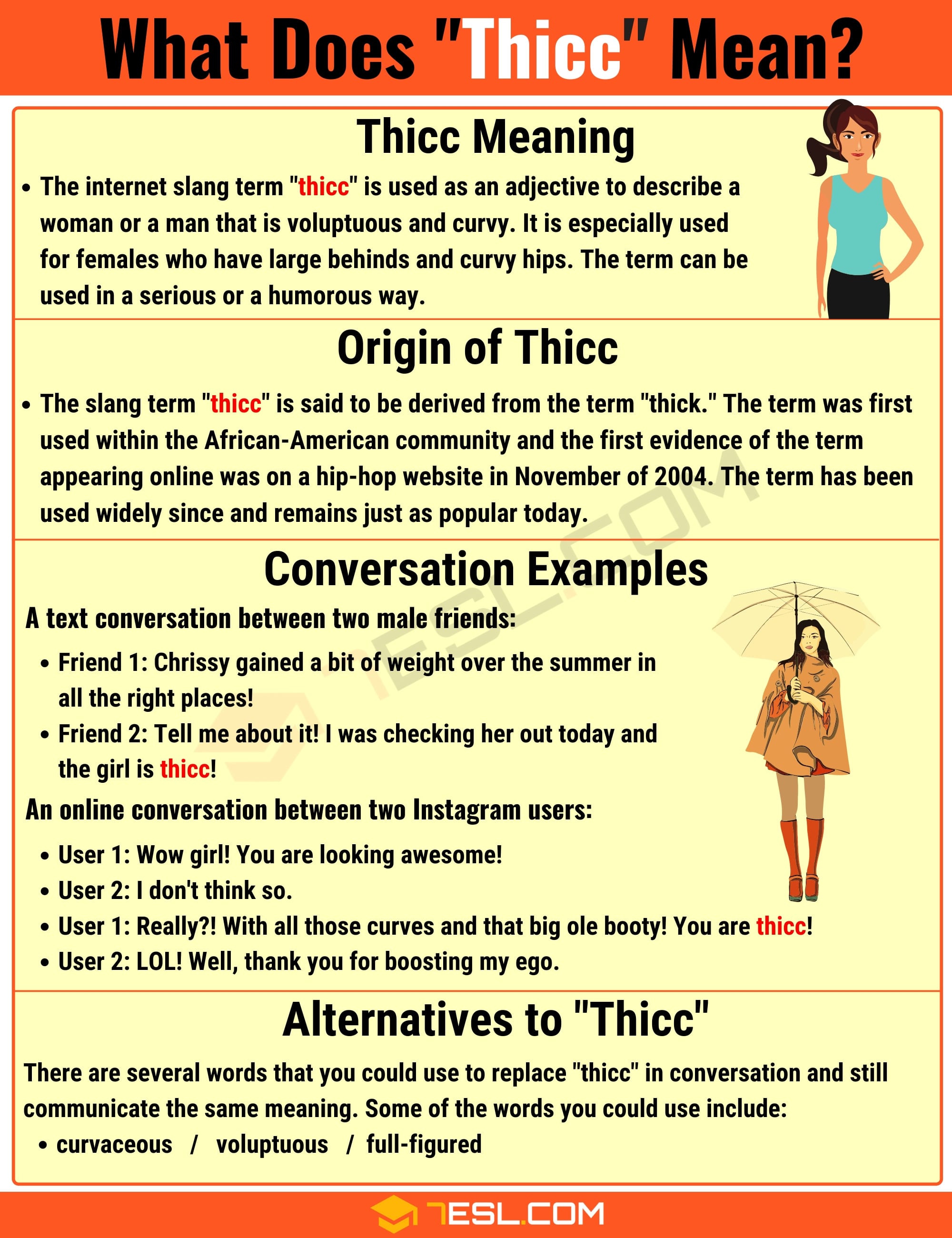 “is it just me… or is this looking kinda T H I C C”
quote, DaniDev

People get confused by this world a lot. Thicc doesn’t mean “fat” a thicc girl is curvy and a has a big b**t. Usually girls with big butts have extra skin on their stomach areas, they aren’t fat but “chubby” people think just being overweight with a b**t is thicc when thicc girls aren’t overweight and healthy for theirs own body.

thicc is a meme

dani i saw you