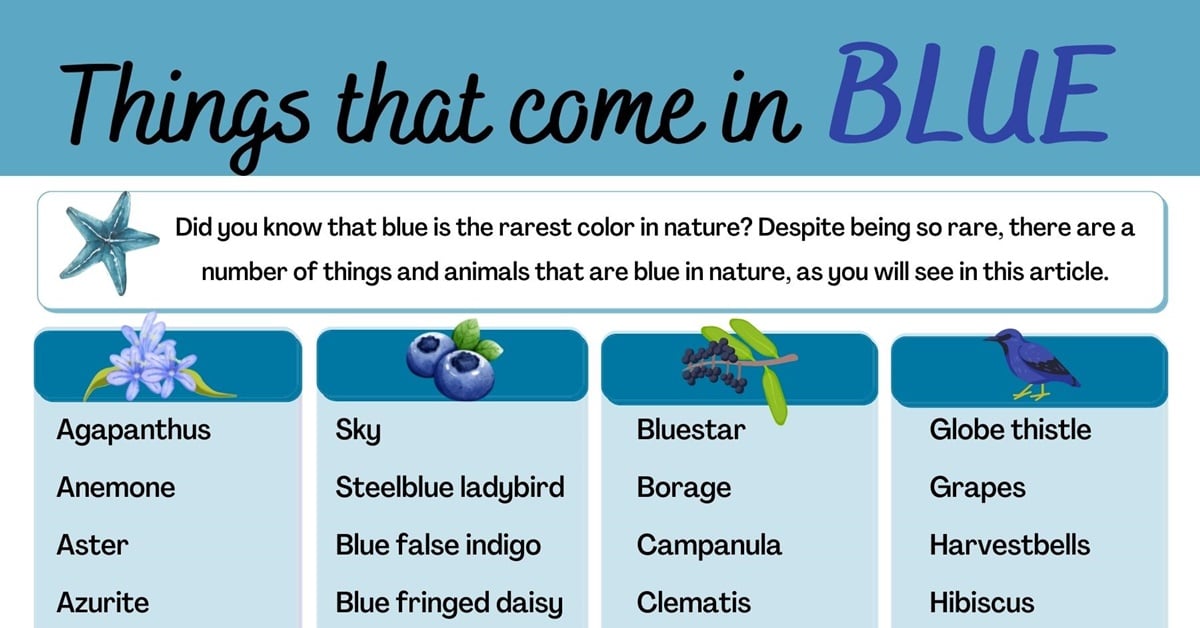 Things that are Blue

What are Things that are Blue

Blue things are any naturally occurring or manmade things that have any of the 260 shades of blue.

Below is a list of some of the things that are blue. Please note that the shades of blue in the list below vary depending on the season, time, age, and temperature surrounding them.

Learn more with things that are red in English.

Things that are Blue with their Facts

They are scientifically known as Cyanocitta cristata. These are omnivorous birds native to North America. They are light blue. They primarily inhabit forest areas and tend to build their nests on any tree species.

Lygodactylus williamsi is the scientific name given to this 10cm long gecko native to the Kimboza forest in Tanzania. The male is the only one that is blue in color and only lives on Pandanus rabaiensis tree species.

Indigenous to the Grand Cayman Island, these 1.5 meters long blue iguanas are one of the largest iguana species in the world. Their blue hue tends to become deeper during their mating season, which is from April to June.

The blue dragon, known as Glaucus atlanticus, isn’t actually a dragon but a sea slug. It primarily inhabits the temperate waters of African, Australian and European coasts.

Blue dashers are dragonflies belonging to the skimmer family. They are carnivorous and have a lifespan of 1 year. They are found in large populations in North America and the Bahamas.

With a life span of 8 years, the blue poison dart frog uses its metallic blue color to warn potential predators and ‘intruders’ of its potency. It lives both on the ground and on trees in humid areas, close to water sources for breeding purposes.

This extremely flexible, fast, and highly poisonous oceanic octopus is unique as it is covered with a variety of blue rings compared to the other species of octopus. This carnivorous blue-colored animal is quite territorial. It inhabits shallow rocky reefs of both the western Pacific and Indian oceans.

These phenomenal blue-hued parrots are the largest Macaws and the largest/longest flying parrots among all parrot species.

It’s also known as Betta. It inhabits the freshwaters of Vietnam, Thailand, Indonesia, Malaysia, Myanmar, Laos, and Cambodia. This carnivorous blue-colored fish can live for 2-5 years.

Things that are Blue | Image 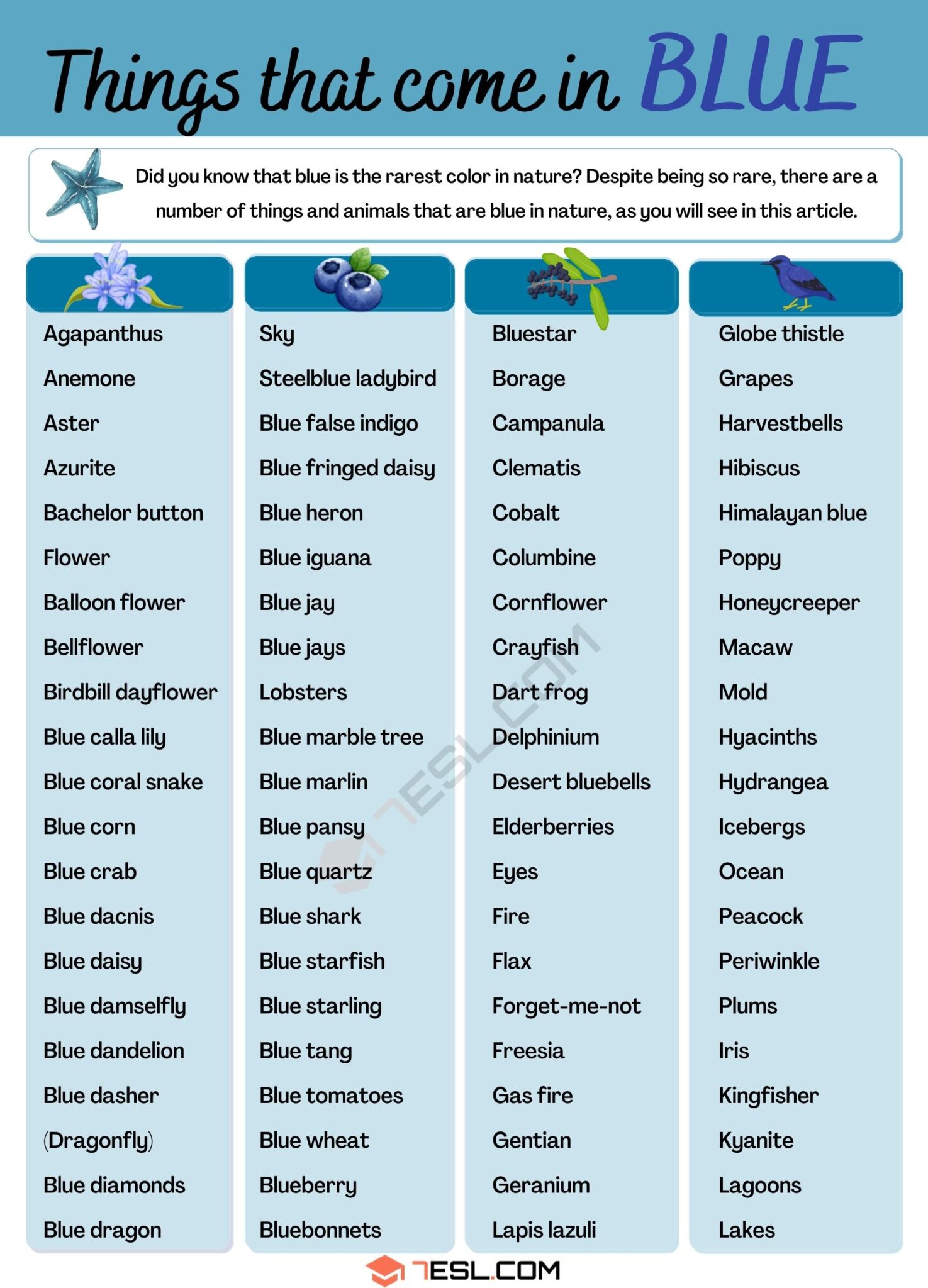