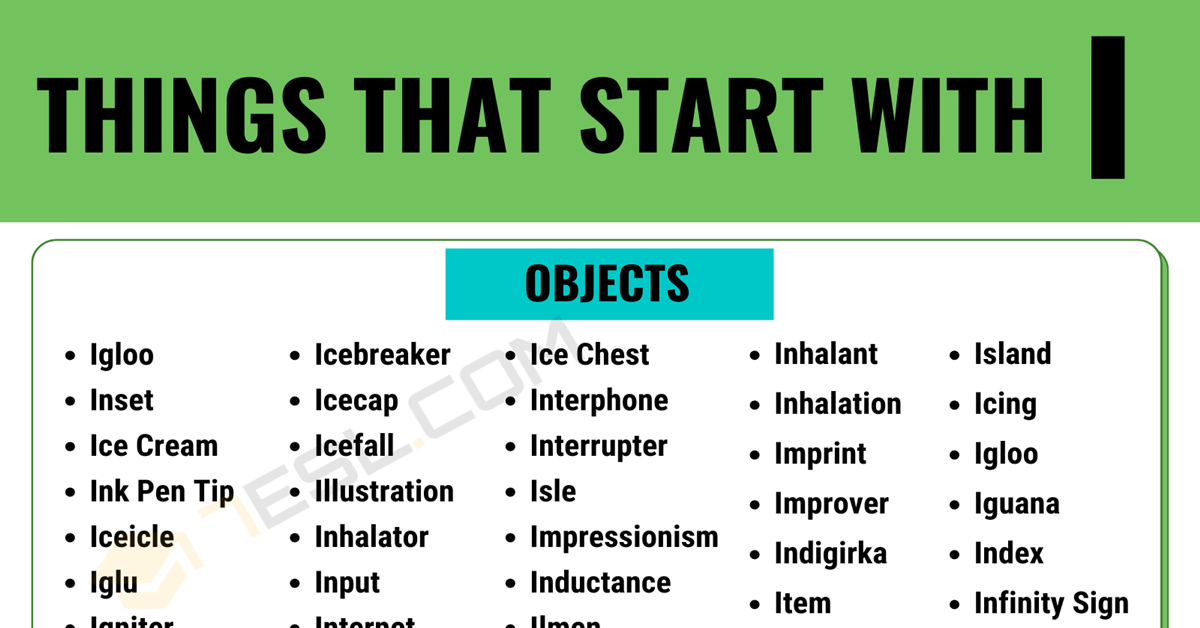 How many times have you called something a thing? For most people, the answer is probably too many times to count. That’s because adults, teens, seniors, and children alike use this term repeatedly, and why wouldn’t they? It can be used to describe loads of objects. That can come in very handy when you forget the name of a particular item. Then, you don’t have to worry about people staring at you while you’re trying to think of the appropriate word.

Things that Start with I

What are Things that Start with I?

One way to define the term thing is as an object that a person doesn’t, cannot, or need not give a name to. Meanwhile, another definition for the word is an inanimate object distinct from a living being. Then again, some individuals say a thing is an action, activity, thought, or utterance. Things that start with I can be all of those, but what makes them unique is the I at the beginning.

Objects that Start with I

Furniture that Start with I

Household Items that Start with I

Clothing Names that Start with I

Things That Start with I with Meanings

The word iron is a noun that has various definitions, but iron is being defined as a small home appliance used to heat and smooth cloth. A person might iron their clothes to remove wrinkles, or they could even iron curtains to make them look their best. Maria used the iron to press her shirt for the interview is an example of how to use this thing that begins with the letter I in a sentence.

Another thing that starts with I is an island. Island is a noun that means a land mass surrounded by water. To use this word in a sentence, you could state, “The plane in the story crashed, leaving the boys stranded on a deserted island.”

As you can see, things that start with I come in various shapes and sizes. This example is no different. Igloo is a noun that begins with the letter I. It is defined as an Eskimo hut in the shape of a dome. Igloos are often built of ice blocks. However, what many individuals don’t know is that they are sometimes created out of blocks of sod too. The igloo gave the person protection from the harsh conditions outside is how to use igloo in a sentence.

Imitations are also things that start with I. They are defined as representations of people, which are exaggerated, for comic effect. An imitation is a noun like the other examples here. The comedian did imitations of everyone at our table to get laughs is one way to use the word in a sentence.

Now that you know what things beginning with I are, what will you do with the knowledge? The choice is yours. You can use the information while writing papers for school or work. Or how about striking up a conversation with your peers? With any luck, that will begin an intelligent discussion that will keep everyone entertained for hours and hours.

Things that Start with I | Image 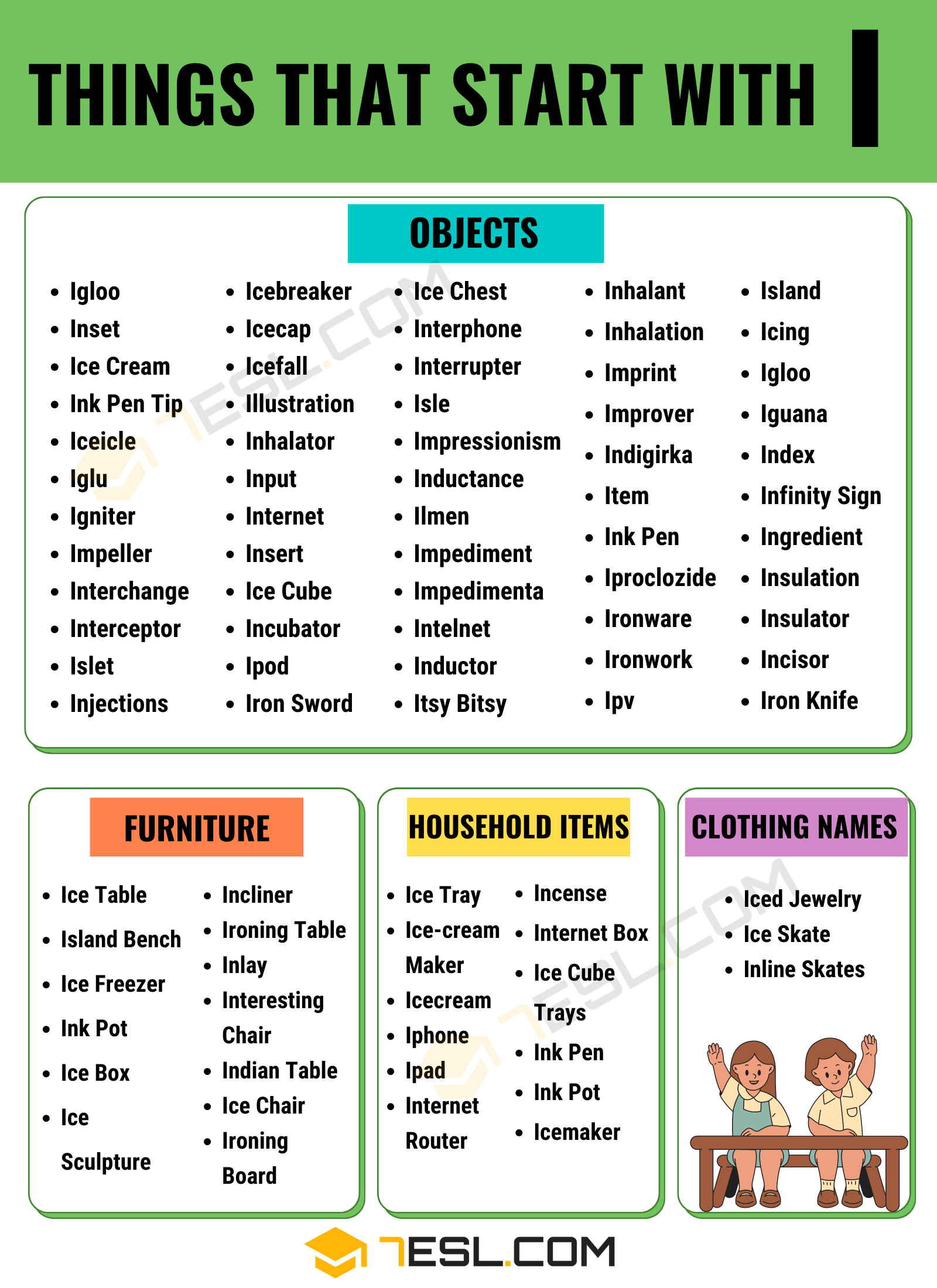