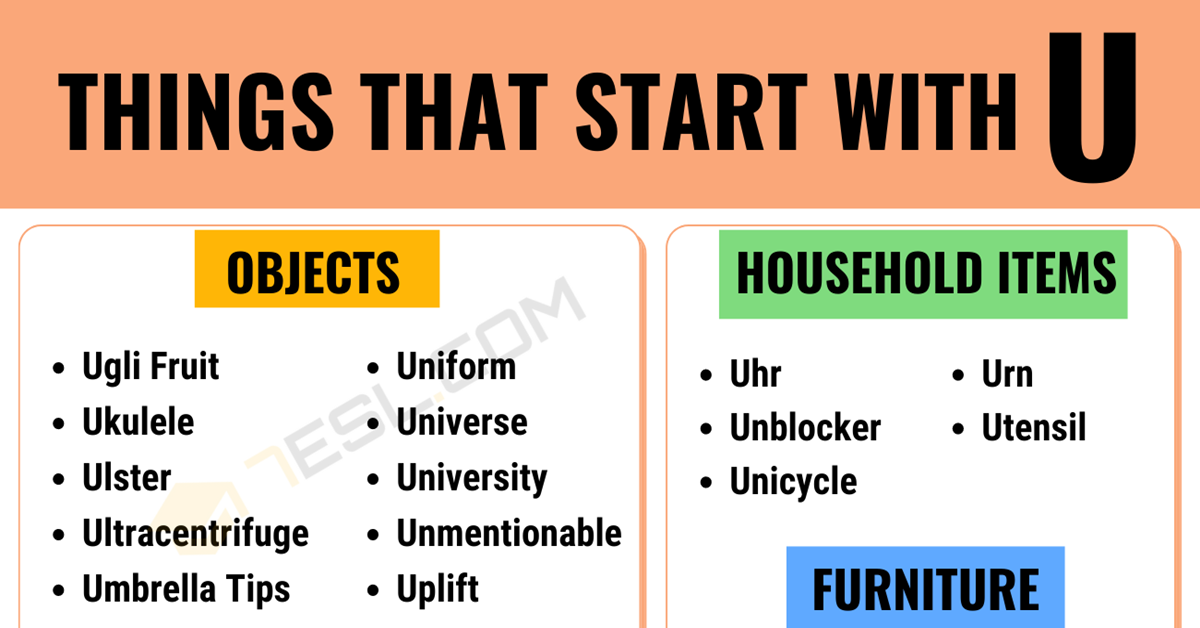 Although it may surprise some people, the letter U is one of the most common letters in the English alphabet. It is versatile in that it can be used at the beginning or throughout many words. Additionally, the U sound can be created by using the letter as a single consonant like in the term tune. Meanwhile, a combination of two characters may also produce the same noise, like when two O’s appear consecutively in the word boot.

Things that Start with U

What are Things that Start with U?

Getting your hands on things that start with U isn’t necessarily challenging. That’s because they are all around. You just need to know where to look. The following lists will provide you with plenty of examples, but here are some common things to get you started.

Places That Start With U

You will soon learn that things that start with U come in many different shapes and sizes. For example, places such as cities, countries, and towns are nouns, and they can begin with the letter U. One such location is the United States. However, it isn’t the only one. Other places beginning with U you may have heard of include but are not limited to the United Kingdom, Ukraine, and Uraguay. And what about Uzbekistan? Yes, that too is a place that begins with U.

Objects Starting With U

Objects are also nouns, which, you guessed it, can begin with the letter U at times. Don’t worry if no words come to mind right off the bat. That’s not uncommon when you’re put on the spot. Instead, kick back and read about various objects right here. Here is the list of objects that start with the letter U:

List of objects that start with the letter U with their meanings:

The definition of underwear is articles of clothing worn under other clothing. The pieces keep unmentionables in place and protect skin from getting irritated by shirts, pants, and other articles. Some people do not go anywhere without wearing clean underwear. Then, there are also those who prefer not to wear any undergarments.

University makes this list of things that start with U as a noun. It can be defined as an institute of higher learning where students earn degrees. To use the word, one might say, “Did you graduate from the University of Texas?”. That’s my alma mater.

Underground is a noun that has a couple of different definitions, but it means a secret society today. There is an underground group set to overthrow the government of that country is how one might use the term in a sentence. Now, let’s look at one last item on this list of things that start with U.

Uranus is a planet discovered by William Herschel in 1781. It is the 7th planet from the sun and has a blue-green color. Also, the giant planet is surrounded by a ring of ice particles.

That does it for this discussion about things that start with U. Hopefully, you have learned something. So, don’t delay. Instead, go forth and use your newfound knowledge in your writings, conversations, and more.

Furniture that Starts with U

Clothing Names that Start with U

Household Items that Start with U

Things that Start with U | Image 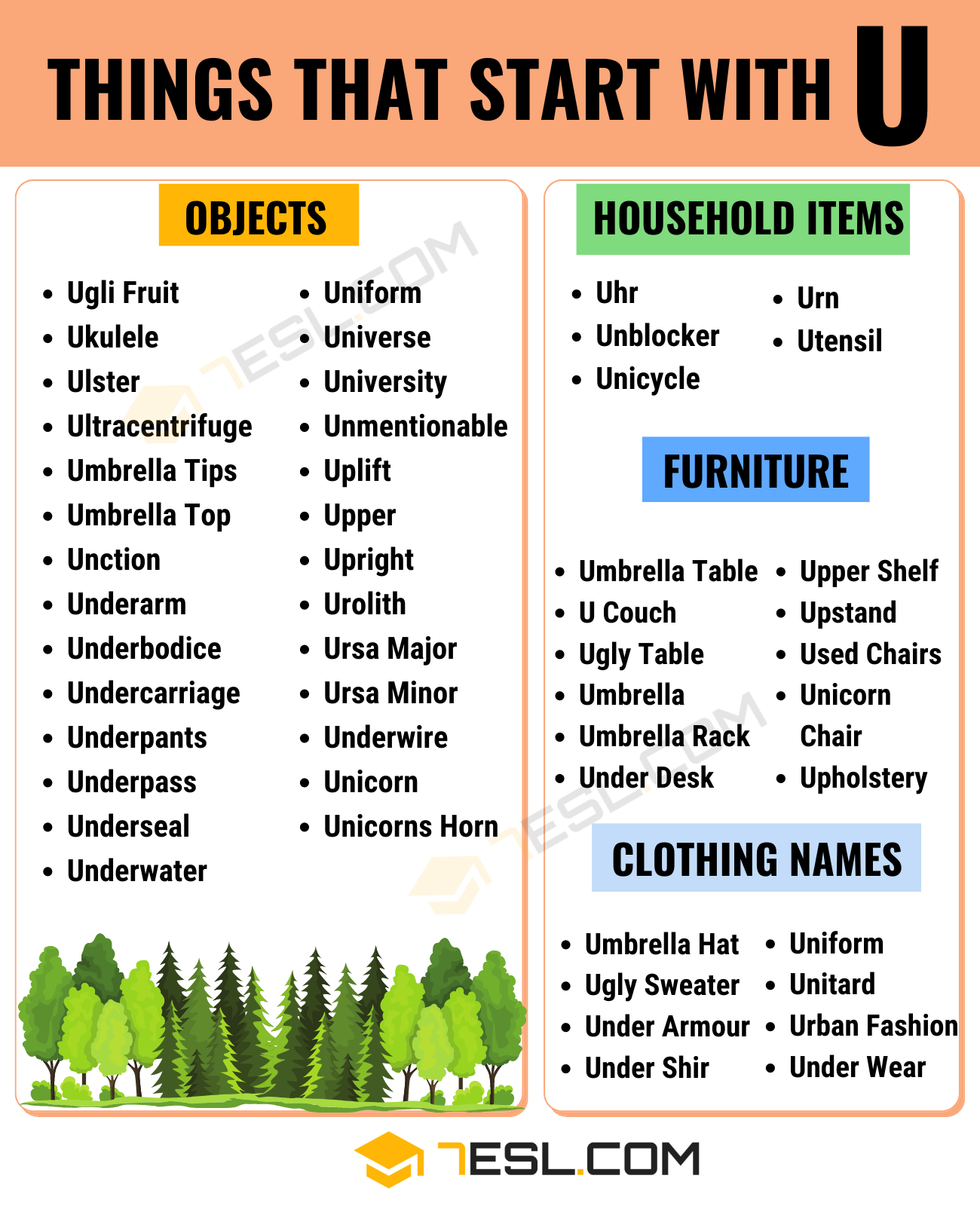