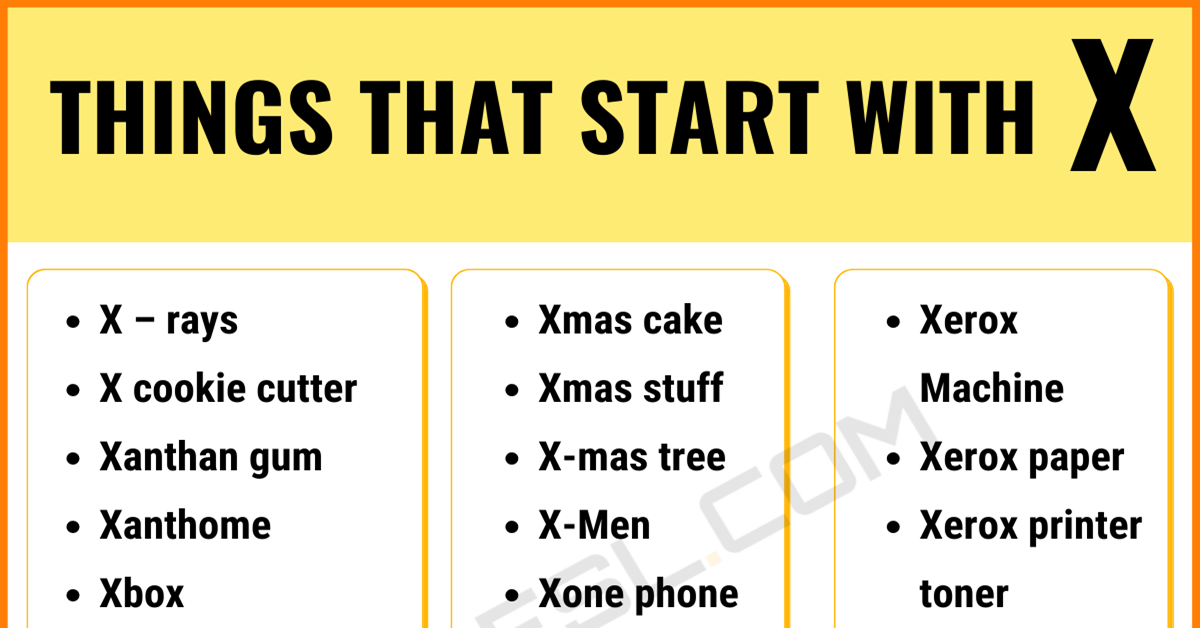 What are things that start with X? There are twenty-six letters in the English alphabet and X is the twenty-fourth. Words that begin with X aren’t easy to come by off the top of one’s head. However, these terms are available. So, if you’re having problems coming up with one, perform a Google search or get out an old trustworthy dictionary.

You’ll be able to locate tons of terms in these ways. But of course, you are also here, and we’ll be sharing a list of things that start with X shortly. So, if your interest is piqued, stick around and read on to learn more.

Things that Start with X

What are Things that Start with X?

Things can sometimes be defined as movable possessions, like articles of clothing. For example, the woman packed her things and left following the fight with her boyfriend. In addition, a thing can be any object that a person can’t, won’t, or need not give a name. Not only that but things can be defined as something else too. They can also be facts, circumstances, and states of affairs. So, what are things that start with X? They are all the items discussed in this section.

Things that Start with X with Meanings

X-ray is a verb that begins with the letter X. The definition actually speaks of electromagnetic radiation, wavelengths, and high frequencies. However, we’re going to define the word in easy-to-understand terms. Basically, an X-ray is a painless test used to look at items such as fractured and broken bones inside the body. The doctor had to x-ray her wrist is how to use the verb in a sentence.

A xylophone is a musical instrument with bars. People typically use mallets made of rubber or wood to strike the bars, causing them to produce sounds. The word xylophone is a noun for those wondering. The musicians played the xylophone beautifully, and we danced all night. That is an example of how the term can be used in a sentence.

Xenon is another noun that falls into the category of things that start with X. It is a heavy, gaseous, and colorless chemical element. Before today, the student didn’t know that the atomic number for Xenon was 54. That’s a sample of how you could use this word. Or, did you know that the terms here can also be used in question form? It’s true. For instance, a person might ask, “Is the atomic number for Xenon 54?”.

X-Mas is sometimes used to shorten Christmas. Hence, when wintertime rolls around, it isn’t uncommon for “Merry X-Mas” to be painted on stored windows and other places around town. Then again, you might receive a Christmas card with the expression, or the words could even be printed on wrapping paper.

The hope is that you now understand what things that start with X are and can be. But if you still need a little more knowledge or different words beginning with the letter, Google is your friend. Simply perform an online search and have the results you desire on your screen in mere seconds.

Things that Start with X | Image 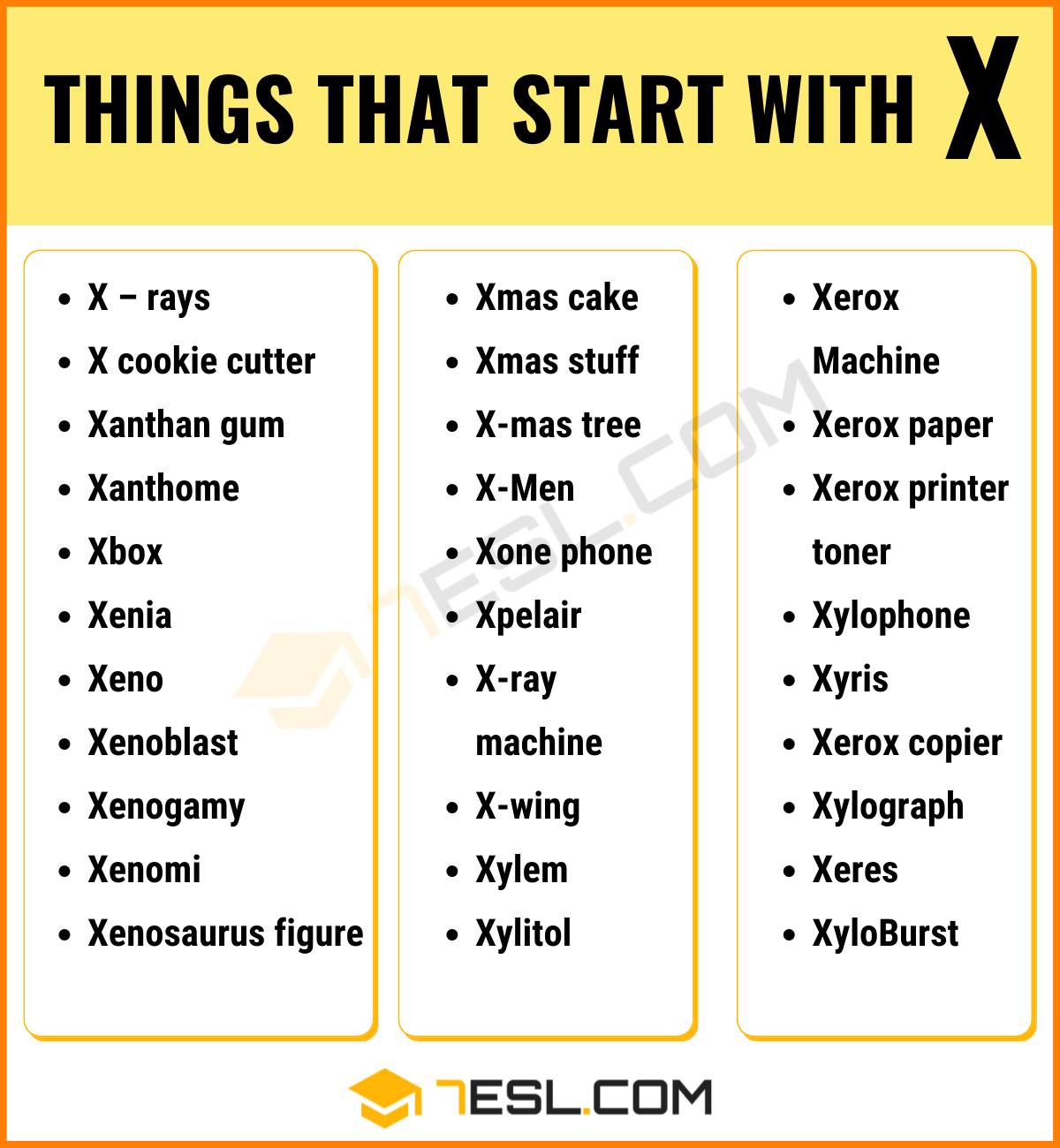