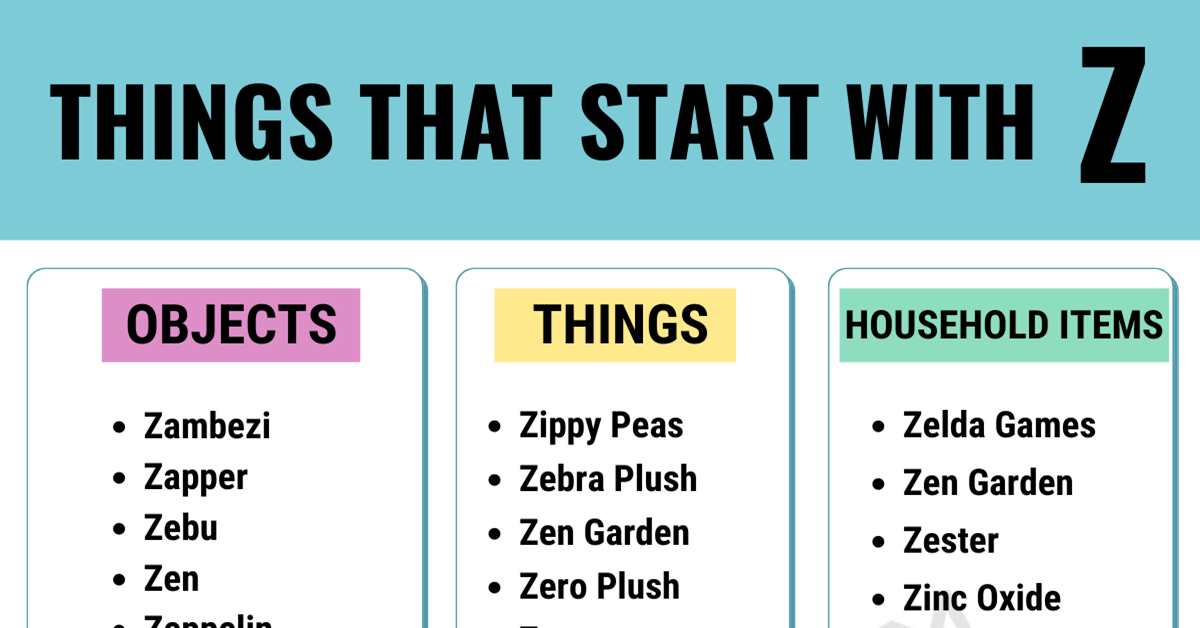 For those who do not know, there are a total of twenty-six letters in the alphabet. A begins everything, while Z brings up the rear, but, of course, there are plenty of other characters between too. For instance, G, M, and Q are some of the symbols that can be found between the two. But there is one particular letter we’re focusing on today, Z. So, put everything else out of your mind and read on to the next section to learn more.

Things that Start with Z

What are Things that Start with Z

The term thing is a noun, while the word things is a plural noun. The definition for things varies, depending on what you’re trying to say. For example, sometimes, they are objects that people do not, cannot, or need not name. Plus, things can also be inanimate objects that aren’t living. Meanwhile, these items are actions, activities, utterances, thoughts, or events on occasion too. So, what are things that start with Z? They can be everything mentioned here and maybe more.

Things that Start with Z

Things that Start with Z with their Meanings

Now that we’ve defined things, can you think of any that begin with Z? A few might pop into your mind, but probably not many. Let’s see if we can change that, though, with this list.

Zipper falls into the thing category, and it starts with Z. This word is a noun that describes a fastener of sorts. Two toothed edges are locked together by a single tab to hold pockets, waistbands, suitcases, etc., closed. He pulled the zipper tab to shut the bag so his stuff wouldn’t fall out everywhere. That is an example of how the word zipper can be used in a sentence.

What are some other things that start with Z? The list can genuinely go on and on, but right now, the word zoo is up for discussion. This is a noun that begins with the letter Z, and it is defined as a facility where wild animals are housed for exhibition. The children asked their mother to take them to the zoo. This is the correct way to use this term in a sentence.

Zucchini is another thing beginning with Z. It can be defined as a small cucumber-shaped vegetable, usually green in color, that people eat. For this sample, the noun is going to be put into a question. Are you going to fry the zucchini or cook it in another way?

Zombies can also be things. They are usually created via supernatural forces or viruses that get inside humans. Of course, you likely haven’t seen any real-life zombies, as no transformations have occurred. However, there are loads of TV shows and movies featuring the brain/flesh-eating reanimated dead bodies. If someone were talking about zombies, they might say, “That zombie’s decaying skin was peeling from its face and looked disgusting.”

Things that start with Z are plentiful. Hopefully, you now have an understanding of that after reviewing this article. If you need a different term for a work assignment, school essay, or something else, one beginning with the letter Z could be just what the doctor ordered.

Things that Start with Z | Image 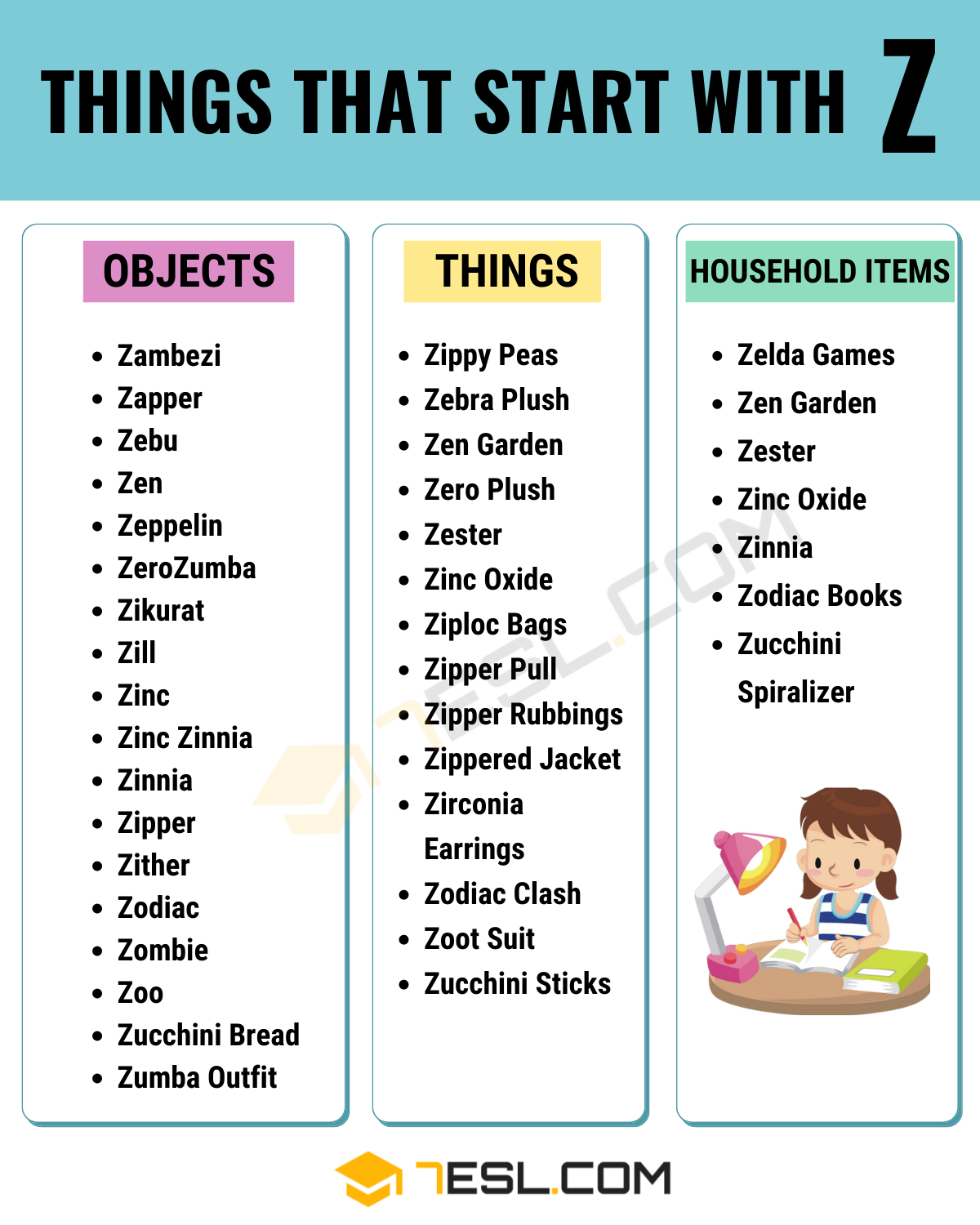