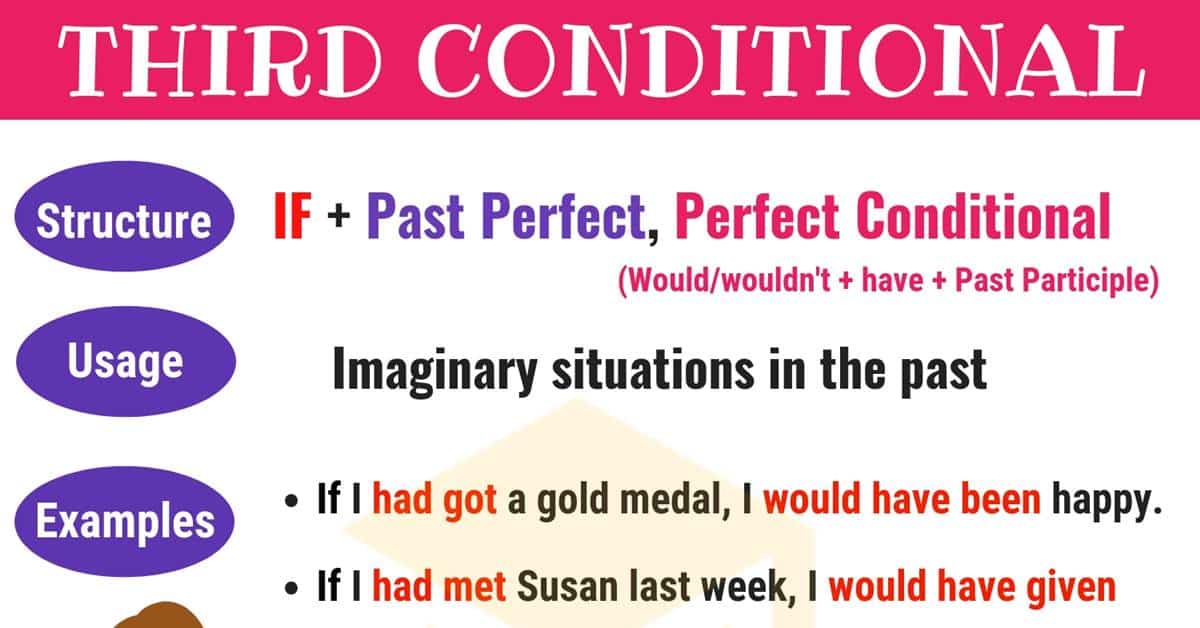 When you are talking about something which is impossible, you will need to use the third conditional. This is something which is frequently used in the English language and we can see an example of this in the sentence ‘If I had wings, I could fly.’

In this section, we are going to be examining the third conditional much more closely and gaining a greater understanding of how it is used and why. This will enable you to speak about a wider range of things in a theoretical sense, making your English sound much more fluent.

What Is the Third Conditional?

Learn the third conditional definition and useful rules to use conditional sentences type 3 (Past Unreal Conditional) with structure, usage and example sentences.

Third Conditional Structure: IF +Past Perfect, Subject + would/could/might + have + Past Participle.

Note also that Conditional Sentences Type 3 forms can be contracted.

How to Use the Conditional Sentences Type 3

The Conditional Sentences Type 3 is used to talk about things which did not happen in the past. If your native language does not have a similar construction, you may find this a little strange, but it can be very useful. It is often used to express criticism or regret. 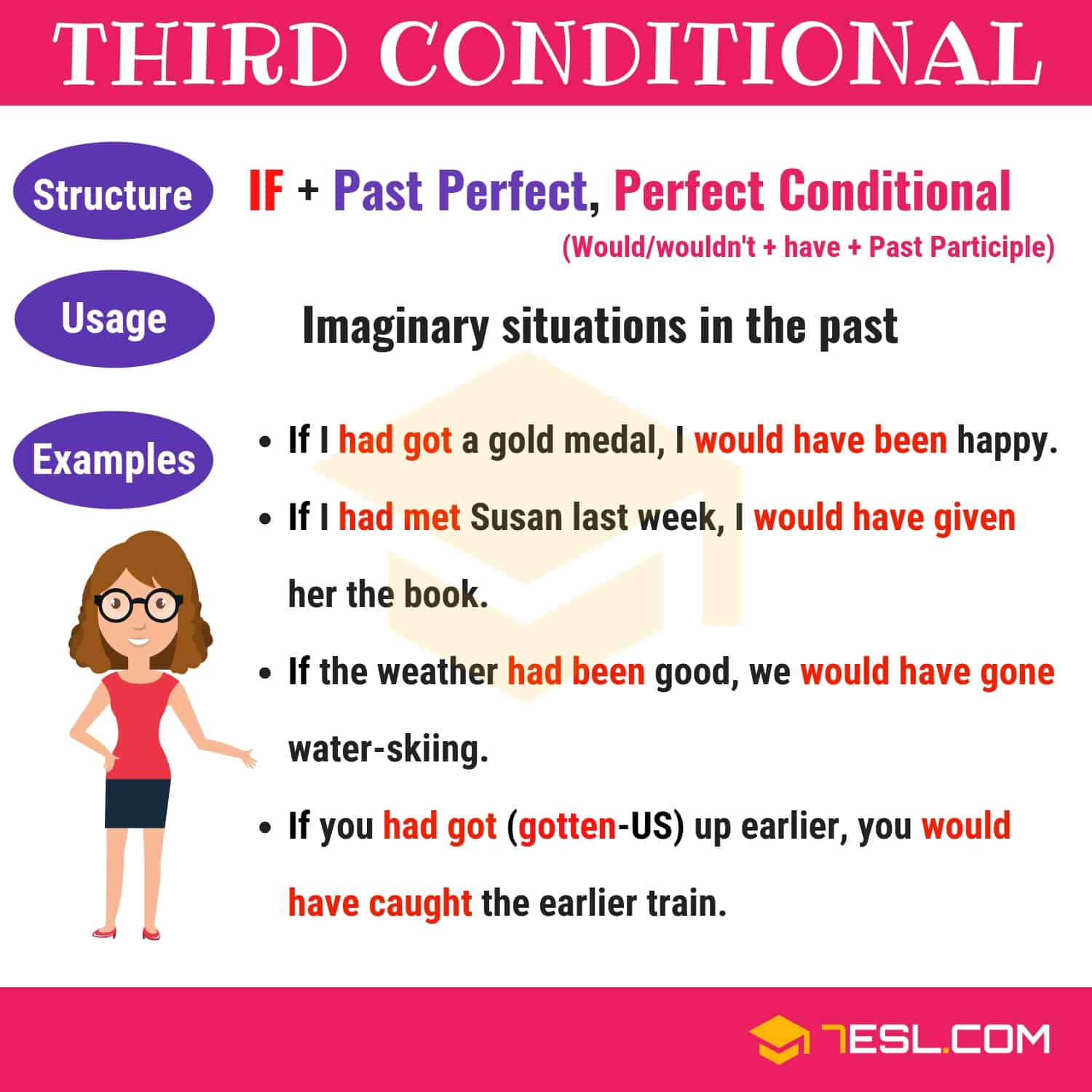 THE PHOTO IS VERY USEFULL

English is not my native language but I understand all the conditions because it was explained with very simple way and short simple sentences.

Really, this is an amazing page totally recommended to anyone else who can learn english in a very nice way, even for us who don´t manage this language properly, thanks seriously a very useful page, congrats guys!!

gotten is an Americanism so not used in British English