The idiom “third wheel” is used by many people in conversation and writing. Although they may know what it means, they don’t know where it comes from and why it became such a popular phrase. Here you can find both so the next time you hear or see the phrase being used, you can call yourself more knowledgeable than most. You will also discover some sentences and conversation examples, along with some alternate ways to say the phrase in conversation.

The phrase “third wheel” is used to describe a third person that typically tags along with a couple. This couple is often romantically involved with one another and the third person is just coming along. This person is quite often thought of by the couple as a burden on their relationship and being able to spend one-on-one time with each other.

The phrase “third wheel” is derived from the phrase “fifth wheel.” “Fifth wheel” is a term that dates back to at least the 17th-century when people traveled by horse and carriage. Carriages typically had four wheels and a fifth wheel was carried aboard the carriage as a spare. This fifth wheel was considered cumbersome and often unnecessary by some. However, not all carriages at the time had four wheels. There was a two-wheel variety known as a one-horse shay. These carriages did not carry a “third wheel” but the phrase followed anyway where a spare would be thought of in the same way.

The phrase continued to be used and transferred to describing a third person in a relationship who feels uncomfortable or who makes a couple feel uncomfortable when they tag along with a couple everywhere they go.

A discussion between a father and son.

The term “third wheel” could be replaced with other synonymous terms or words. Some of the alternative words or terms you could use in its place include: 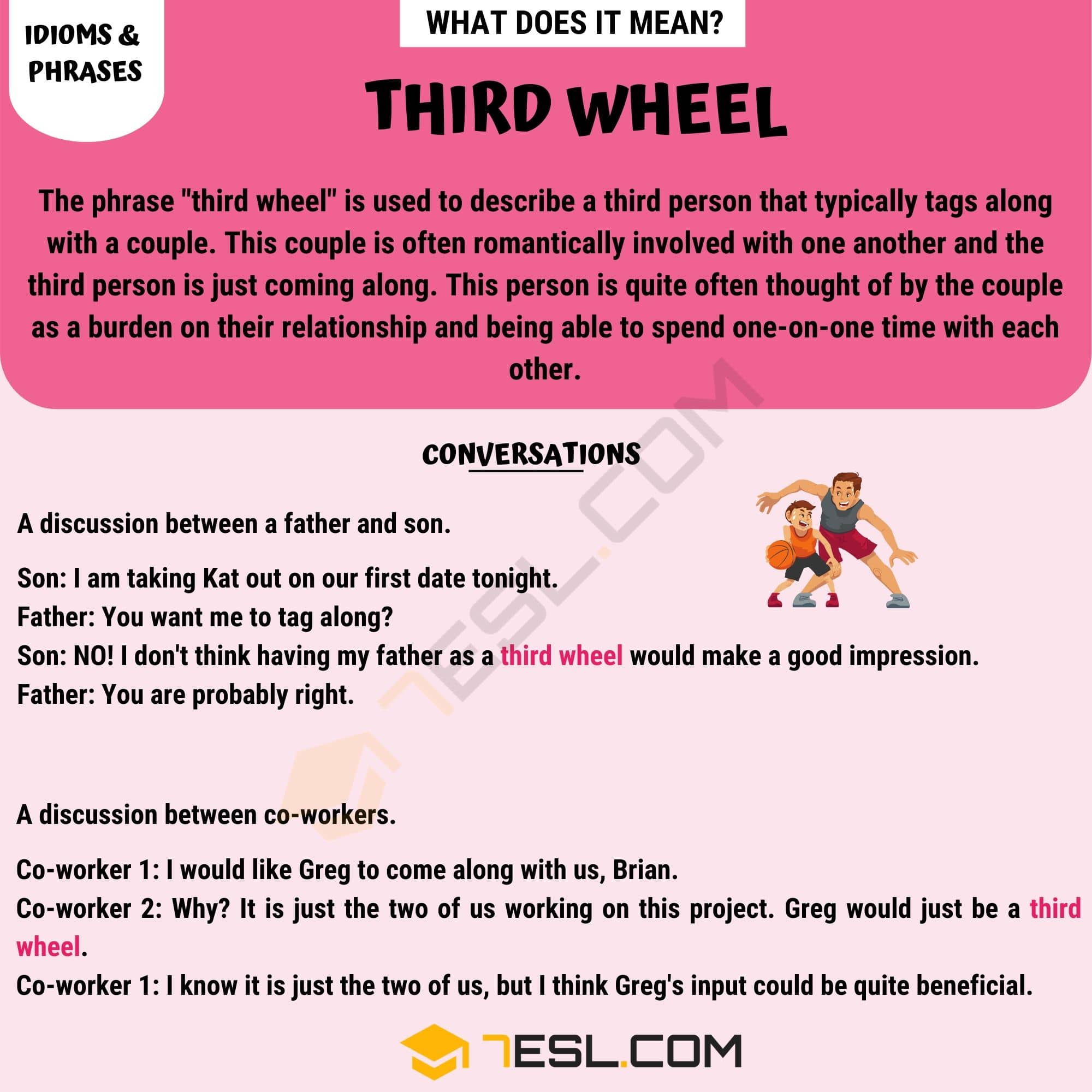