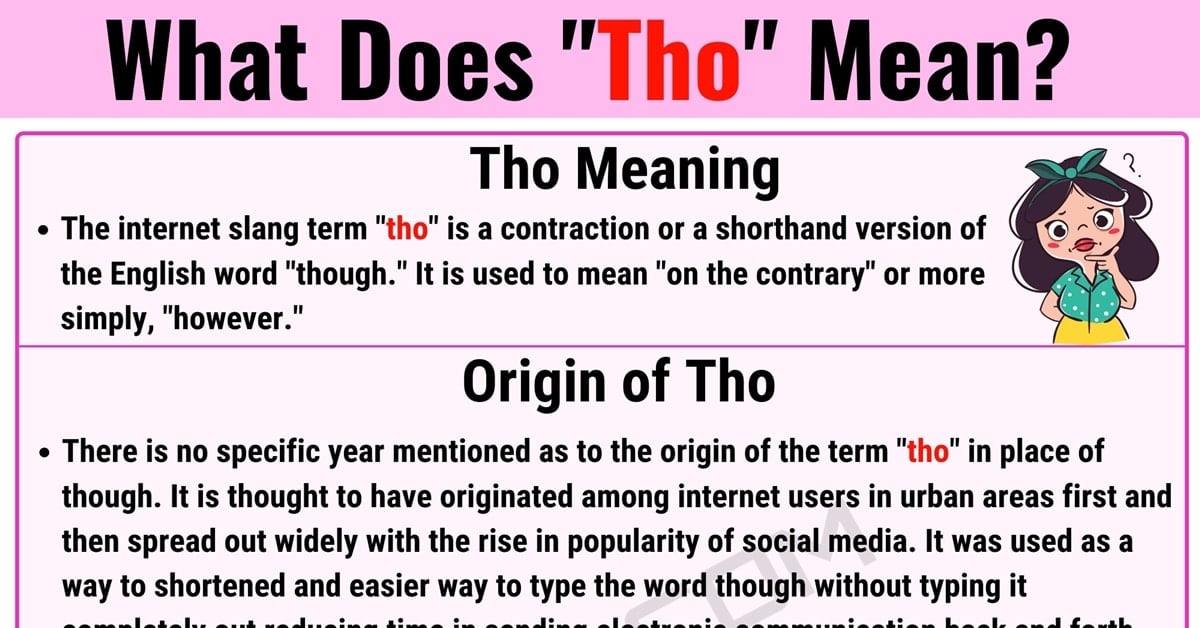 What does Tho mean? Since people have been using the internet, they have invented ways to communicate easier and quicker through internet slang terms, abbreviations and acronyms. One of these includes the use of the term “tho.” In the article below, you will find the meaning of this term and any information available regarding its origin.

You will also discover some other meanings for this term if any exist and explore sample conversations of how this term is used correctly in electronic communication. Finally, the article will end with some suggestions regarding how this term can be said differently and still mean the same thing.

What Does Tho Mean?

The internet slang term “tho” is a contraction or a shorthand version of the English word “though.” It is used to mean “on the contrary” or more simply, “however.”

There is no specific year mentioned as to the origin of the term “tho” in place of though. It is thought to have originated among internet users in urban areas first and then spread out widely with the rise in popularity of social media. It was used as a way to shortened and easier way to type the word though without typing it completely out reducing time in sending electronic communication back and forth. This is typically what happens when a new phrase is introduced after it is seen and used by many people.

The only other meaning listed is a rather vulgar one. Users contributing to the Urban Dictionary in the early 2000s listed THO as an acronym meaning titty hard-on. This would be used to describe a female’s whose nipples were hard and it was obvious to see through her shirt. There are no other further meanings available.

There are many choices available to using the shorthand or contractual derivation “tho” and some of these include: 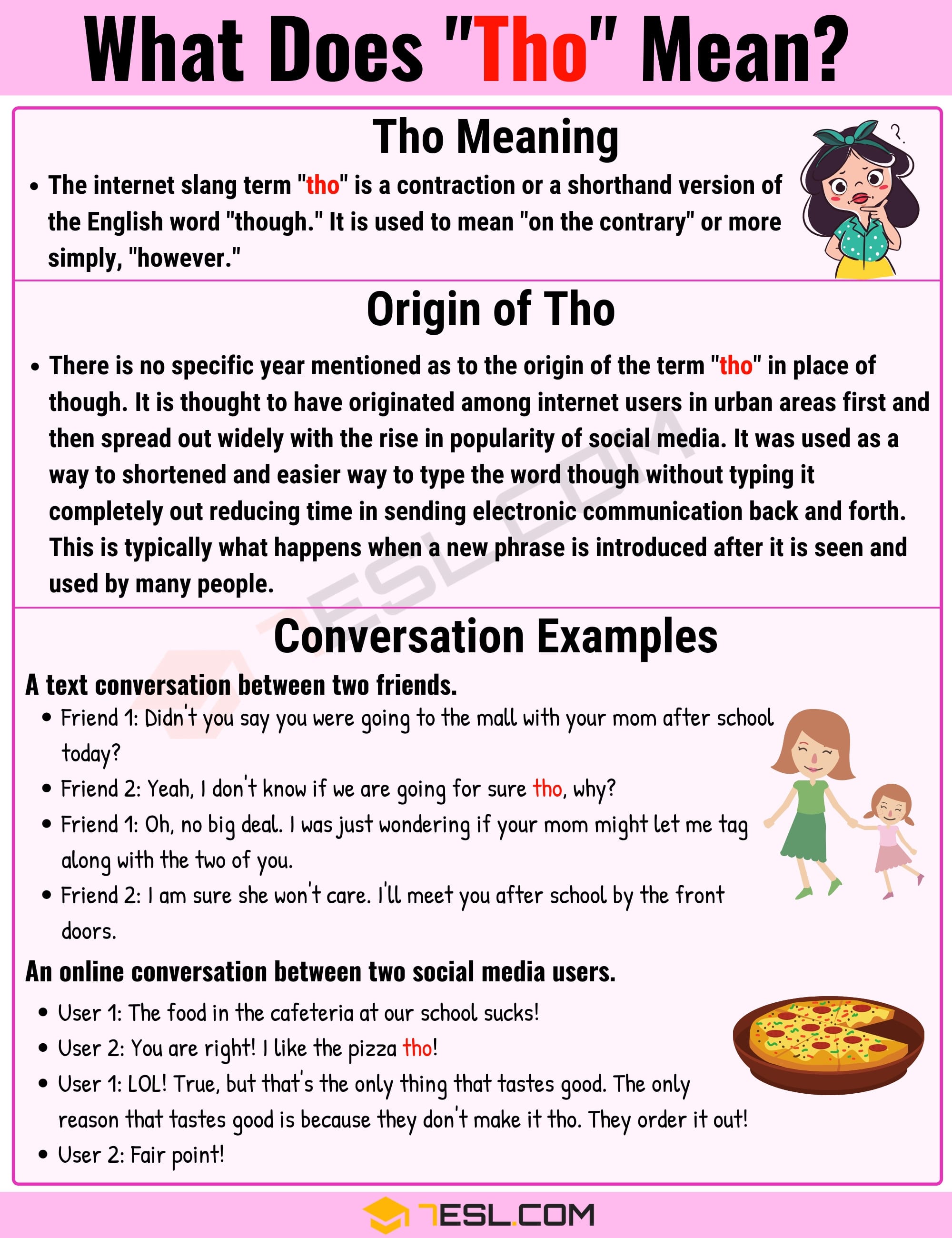