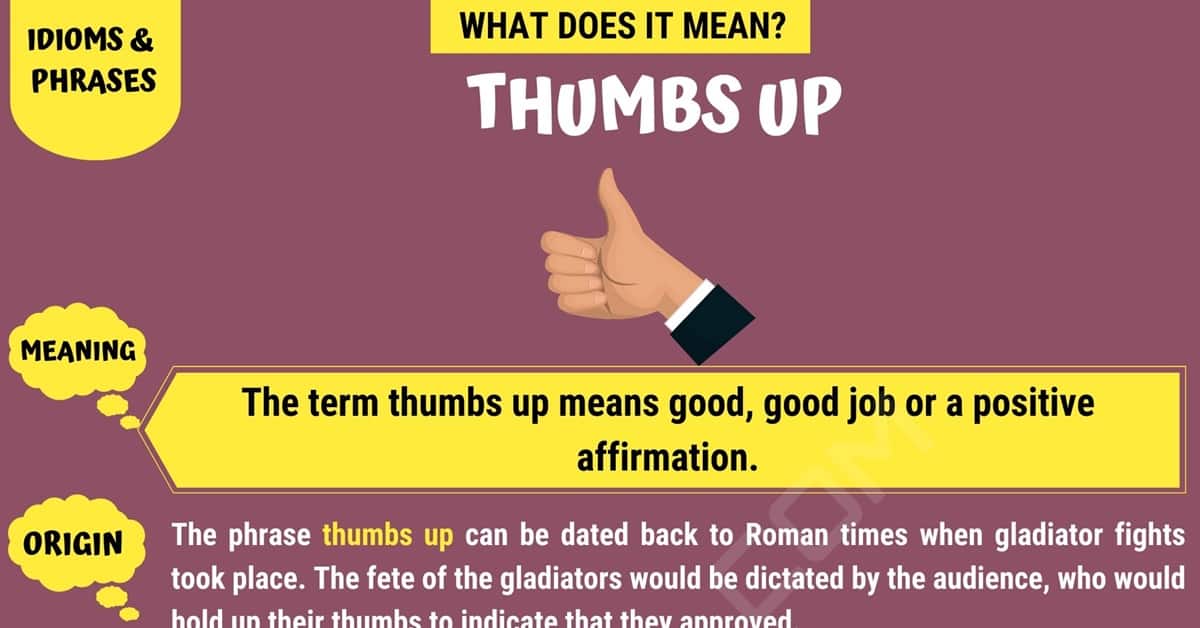 You may have heard someone use the term thumbs up during a conversation and pondered what they were referring to? If so, we are going to be looking at the meaning of this idiom as well as taking a look at some examples of how it can be used. We will also find out where the saying first came from by taking a look at a little history behind it.

The term thumbs up means good, good job or a positive affirmation.

The phrase thumbs up can be dated back to Roman times when gladiator fights took place. The fete of the gladiators would be dictated by the audience, who would hold up their thumbs to indicate that they approved.

We are now going to look at some examples of times in which the term thumbs up might be used within a sentence.

The first statement is being made by a doctor to his patient.

The second statement is one being made by a teacher.

There may be many different conversations in which the term thumbs up could appear, we are now going to take a look at some examples of times you may hear the term in use.

The first example of a conversation is one taking place between two friends.

The next conversation is taking place between a teacher and a student.

Other Ways to Refer to the Idiom

There are some other ways in which you might express the meaning of the term thumbs up.

Let’s take a look at some other things you can say which carry the same meaning. 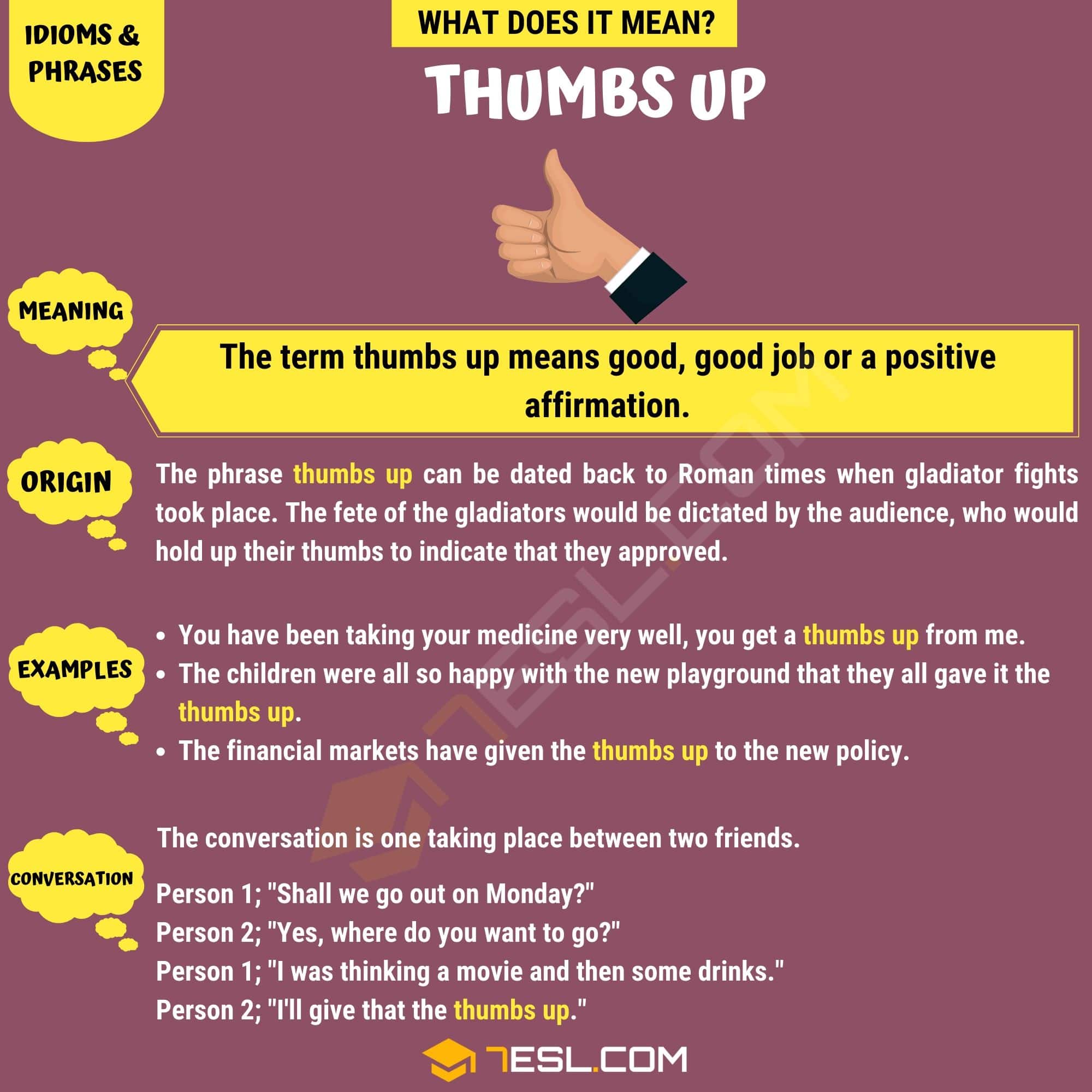