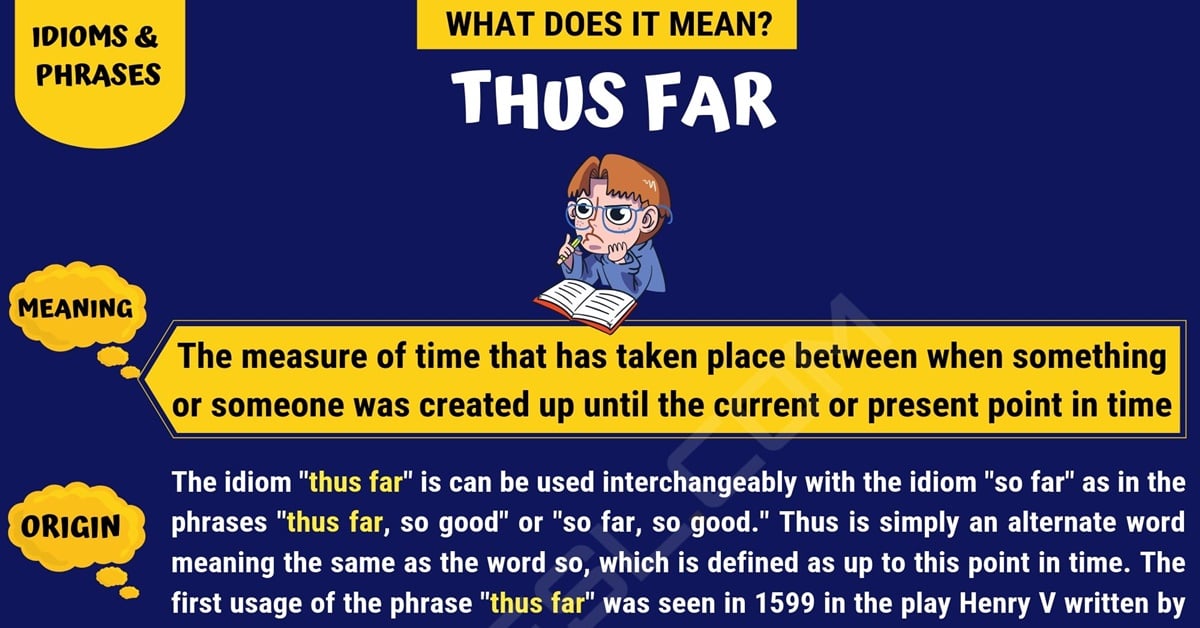 What does the idiom “Thus Far” Mean? Idioms are imaginative phrases used to express everyday thoughts and feelings in figurative language. They are considered to be a part of informal communication. One of the popular idioms used today in conversation is the term “thus far.” Here you will find the meaning of the phrase, an explanation of its origin, how to properly use it in conversations/statements and other ways to state the same idea.

The meaning of the idiom “thus far” is the measure of time that has taken place between when something or someone was created up until the current or present point in time.

The idiom “thus far” is can be used interchangeably with the idiom “so far” as in the phrases “thus far, so good” or “so far, so good.” Thus is simply an alternate word meaning the same as the word so, which is defined as up to this point in time. The first usage of the phrase “thus far” was seen in 1599 in the play Henry V written by Shakespeare. It has been used in conversation since.

A news reporter doing a television report on the pending hurricane out at sea.

A coach motivating his team in the locker room.

Two friends talking about a book.

Other Ways to Say “Thus Far”

All idioms have a literal translation and, thus, have a literal way they can be stated. Other ways to say “thus far” are up until this point in time, up until now or currently. 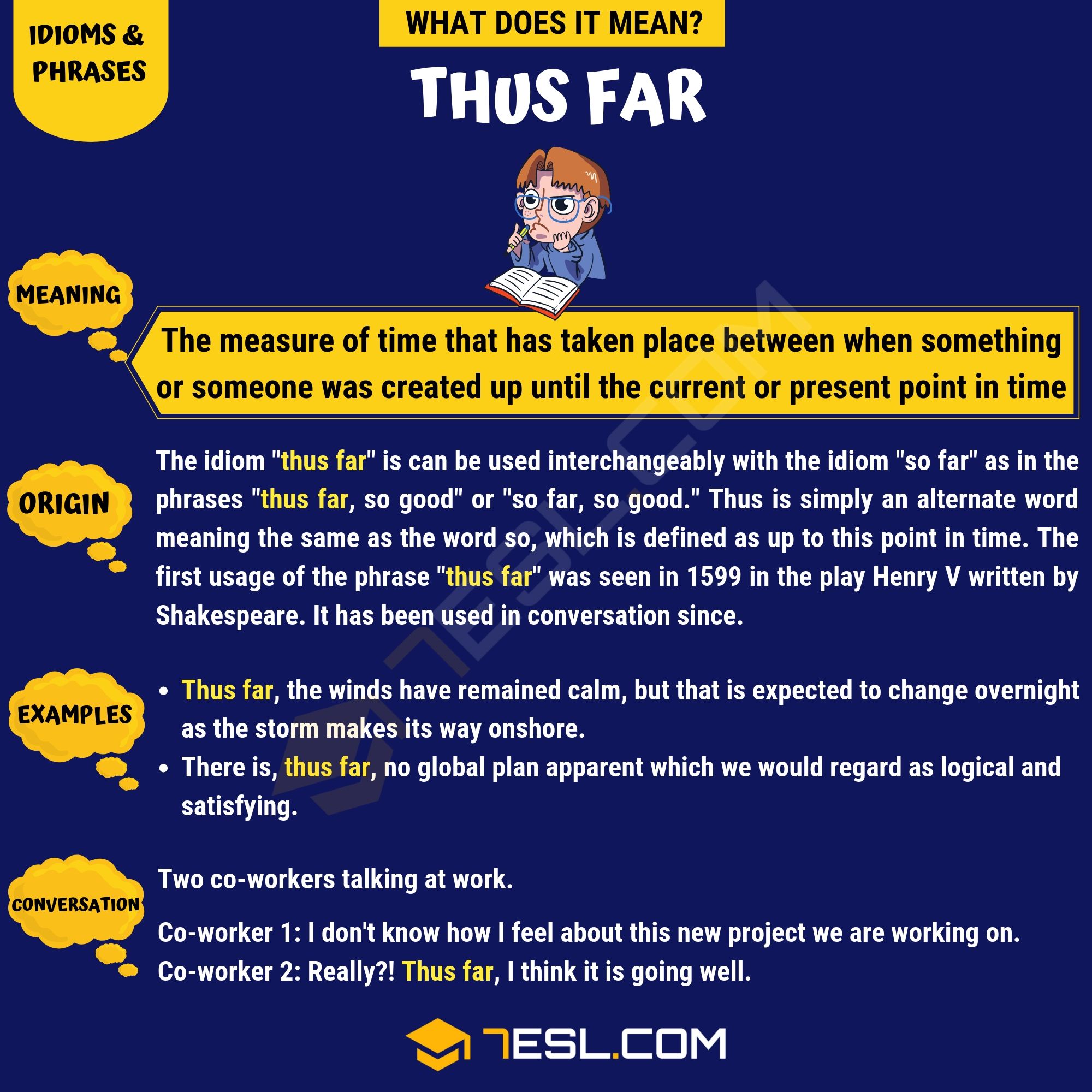