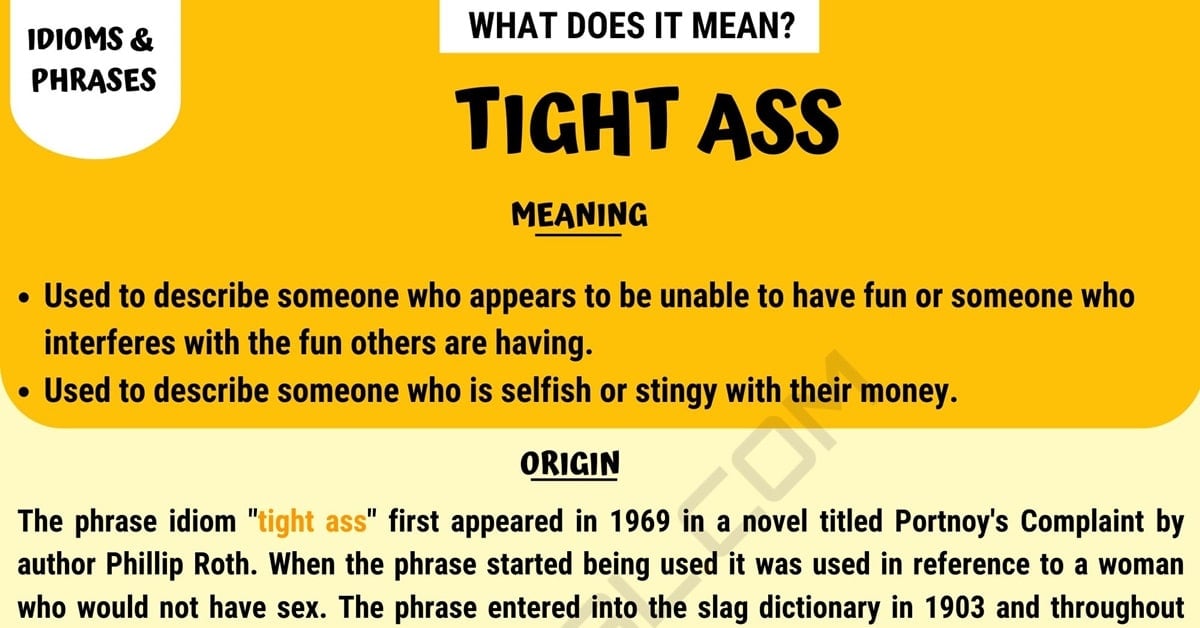 The phrase idiom“tight ass” first appeared in 1969 in a novel titled Portnoy’s Complaint by author Phillip Roth. When the phrase started being used it was used in reference to a woman who would not have sex. The phrase entered into the slag dictionary in 1903 and throughout many years of usage, the phrase adopted the implied meaning it has today.

A statement made to a local news reporter when a candidate was asked his thoughts about a fellow city official running for the same office.

A statement made by a celebrity in regards to another celebrity and their decline to attend a charity ball.

A conversation between two co-workers after work.

A conversation between two people at a charity event.

Other Ways to Say “Tight Ass”

Like most idiomatic phrases, there are several ways to say the phrase and convey the same meaning.

Some of the things you could say instead include 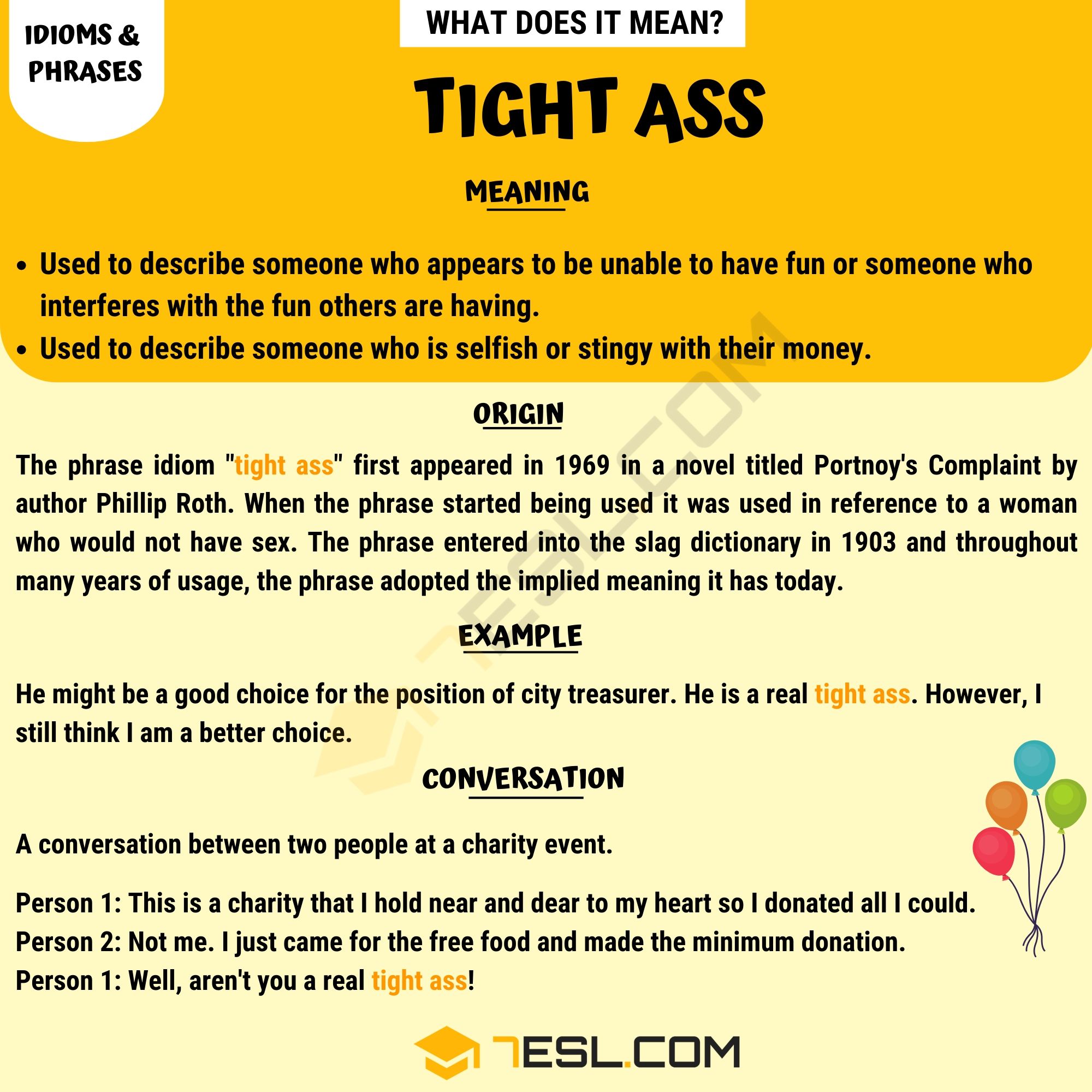