The idiomatic phrase “tilting at windmills” may be a phrase you encounter in everyday informal conversation and writing. Here you will find the meaning of the phrase and information regarding its origin. You will also find examples of how to properly use this phrase in conversations/statements and discover alternative ways to say this phrase while still conveying the same meaning.

The idiomatic phrase “tilting at windmills” means that someone is fighting enemies that are not there.

The phrase “tilting with windmills” is an English phrase that was derived in the 1640s. The inspiration for this phrase came from the novel Don Quixote written and published in two parts between 1605 and 1615 respectively. In the book, the main character was obsessed with being a knight and was a bit delusional. He believed that windmills were giants and would engage in battle with them. In Old English, the phrase tilting was associated with an old form of jousting. Late the word tilting was changed to fighting.

Other Ways to Say “Tilting At Windmills”

Like all idiomatic phrases, there are many alternative ways to say “tilting at windmills” and convey the same meaning. Some other ways that you can say this phrase include: 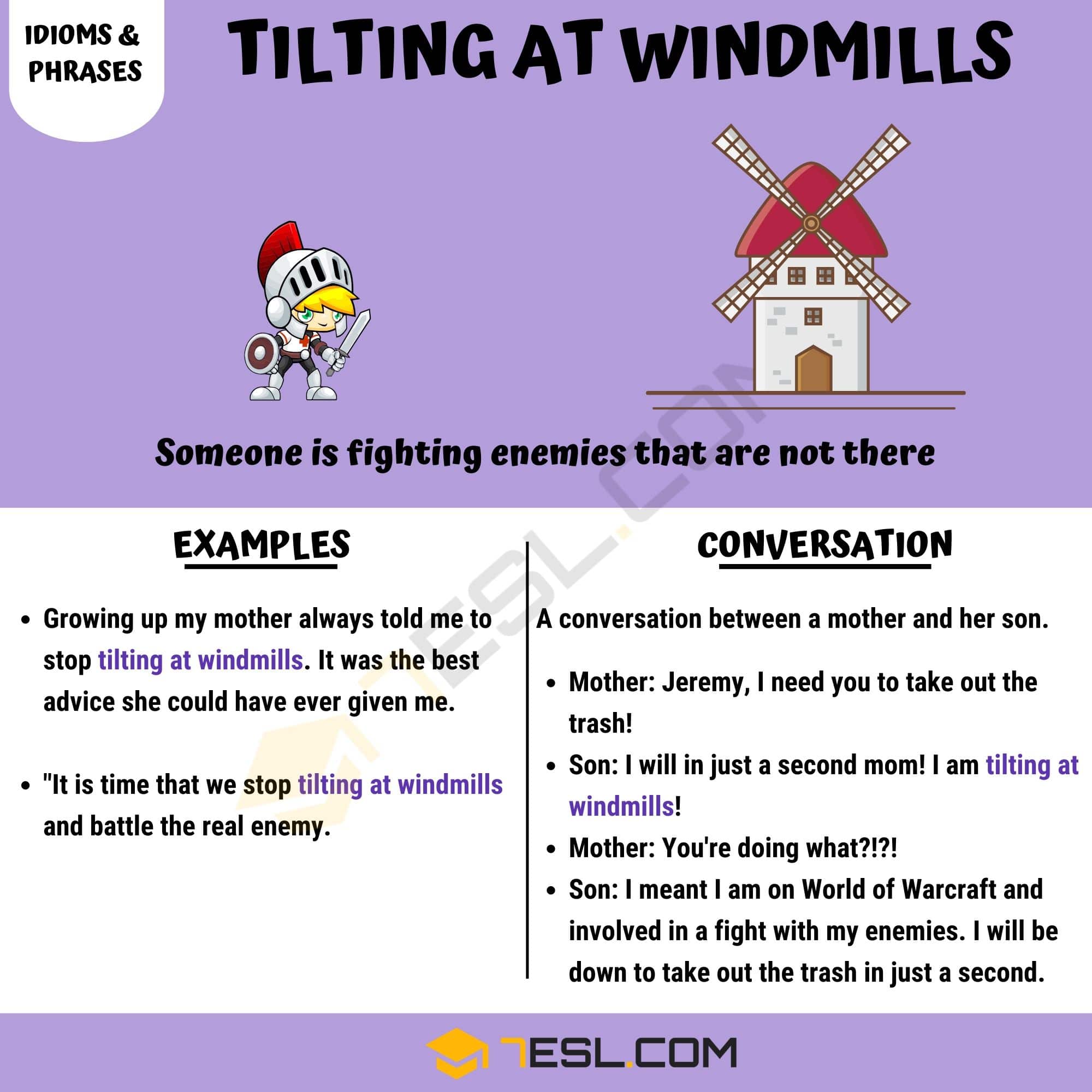 Thanks. Heard the expression watching Episodes of the former English TV show, “New Tricks.” Not an ESL student, but US person unfamiliar with English and Irish Idioms and phrases.