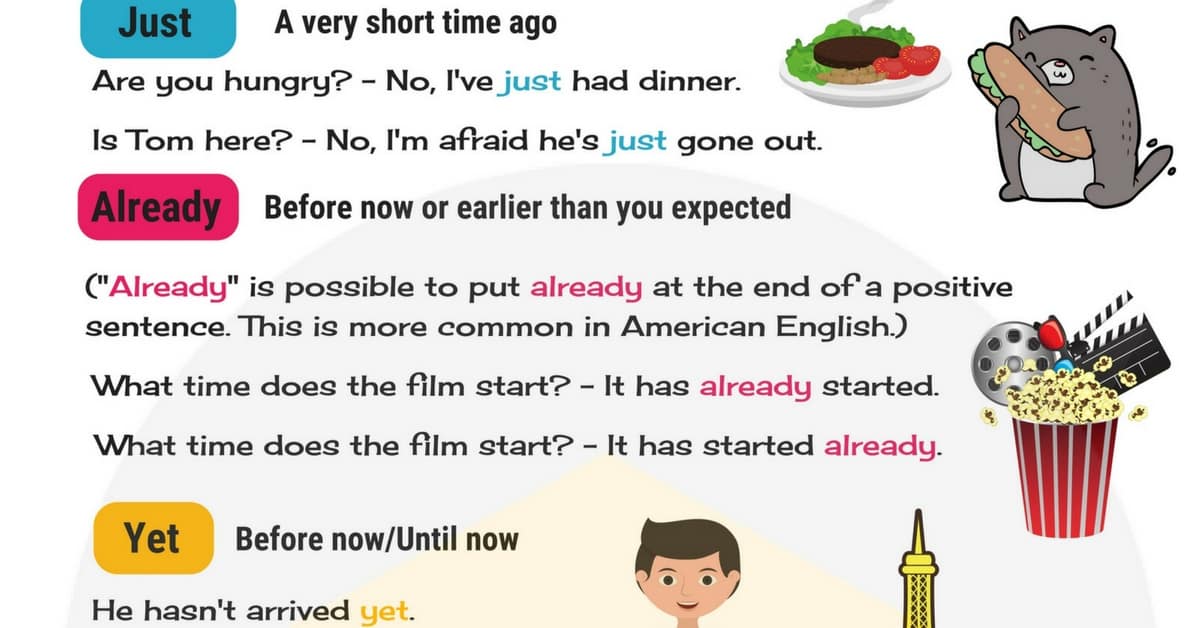 The present perfect tense is commonly used with the indefinite time adverbs (time expressions) just, never, ever, never, since, for, before, yet, already.

Adverbs of Time Used with the Present Perfect Tense

What time does the film start? – It has already started.

What time does the film start? – It has started already.

He hasn’t arrived yet.

Have you eaten the apples yet?

He has lived in Paris for a long time.

We’re going to New York for the weekend.

I have been walking since 5 p.m.

He has never been abroad.

Have you ever been to Europe? 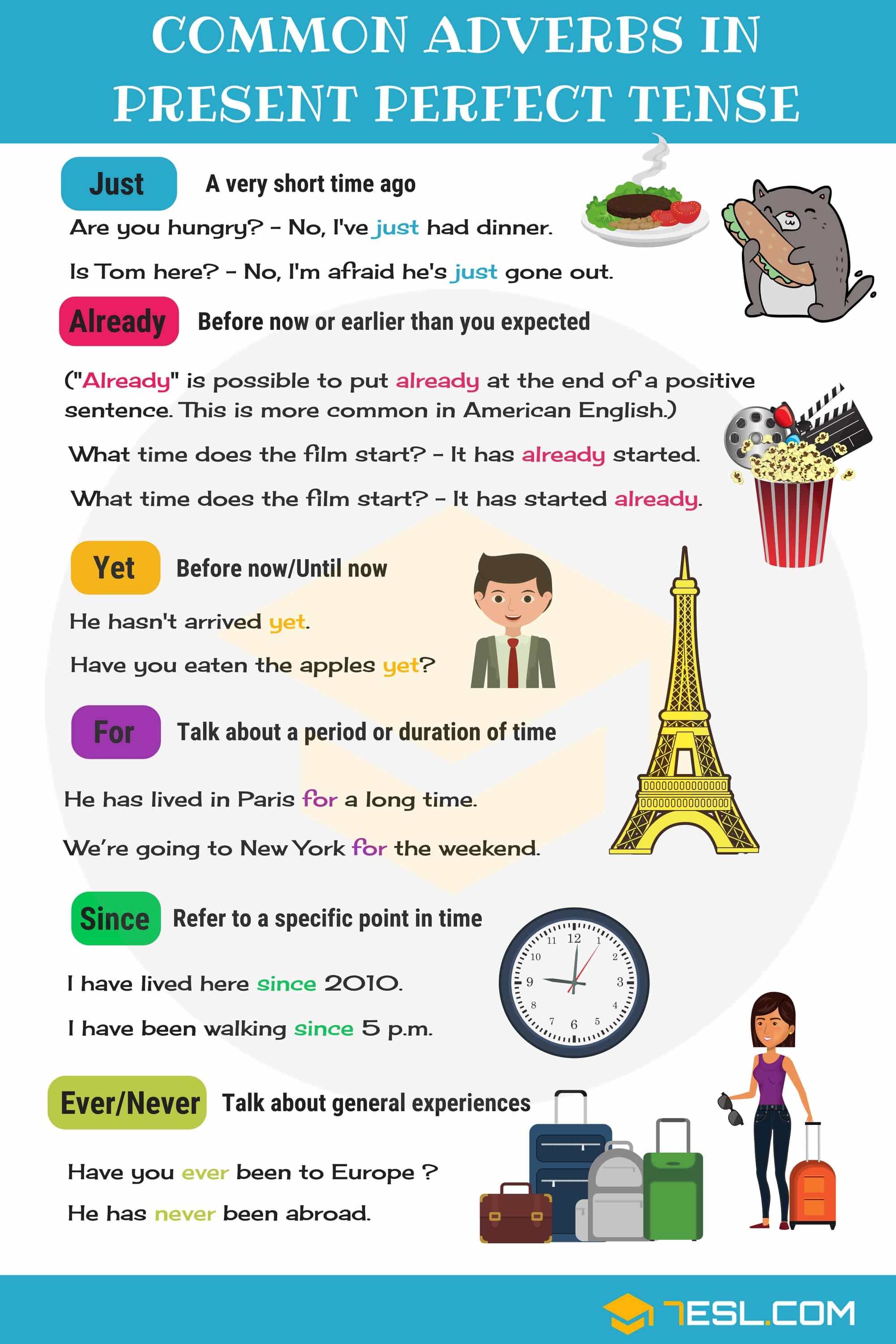 All Tenses in English

Yes i love it its very useful.

Let’s stress that YET in these rules is according to British English (by meaning and position in the sentence). In American spoken English YET leans to the meaning of BUT, positioned at the beginning of the clause.