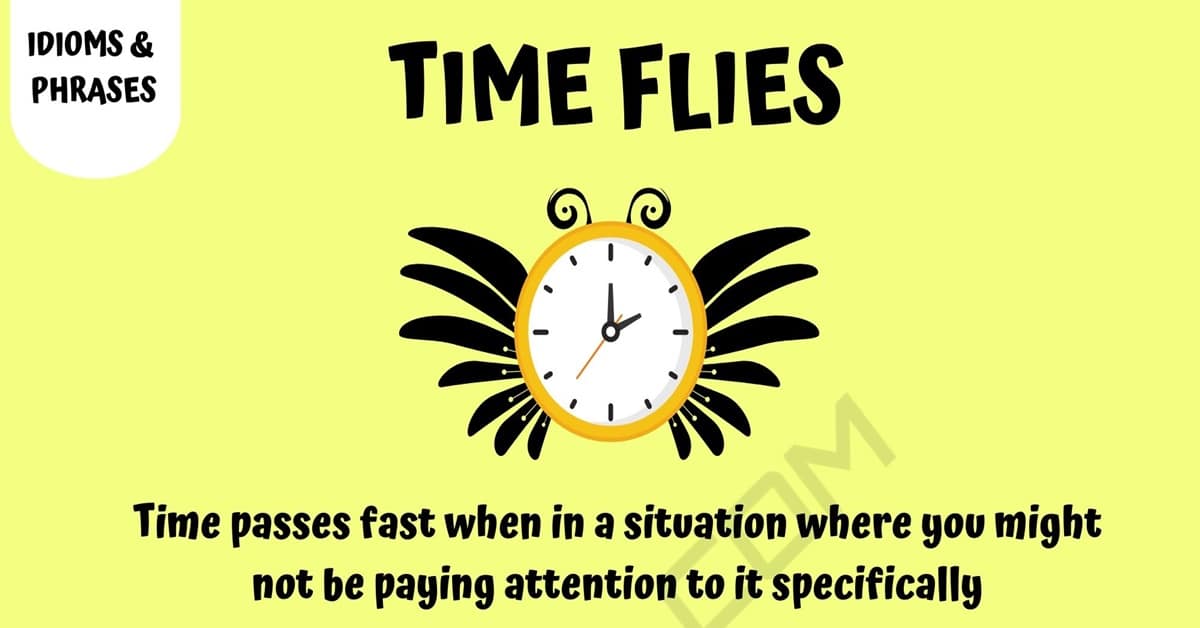 “Time flies” is a common idiomatic saying that you may hear or see frequently in everyday conversation and writing. Here you will find the meaning of this figurative phrase and the story behind its origin. You will also see examples of how to properly use this phrase in conversations/statements and learn other ways to say the same thing in more literal terms.

The idiom “time flies” means that time passes fast when in a situation where you might not be paying attention to it specifically.

This phrase comes from the Latin phrase tempus fugit. In English, this term translated to time flies. The phrase first appeared in Latin in a book of poems titled Georgics written by Virgil. The poems were most likely written in 29 B.C., making this one of the oldest idiomatic phrases. It was translated and became widely used in the English language over many years. The expression compares time to birds and flight, symbolizing how you can see birds in the sky flying and before you know it they are gone from sight.

A response recorded by a news reporter on the upcoming elections.

A statement made by a celebrity winning a Lifetime Achievement Award.

A conversation between two friends in a limousine on the way home from their prom.

A conversation between two friends talking about their children.

Other Ways to Say “Time Flies”

Like most idiomatic phrases, there are many other ways to say “time flies” and still convey the same meaning. Some of the things you could say instead include: 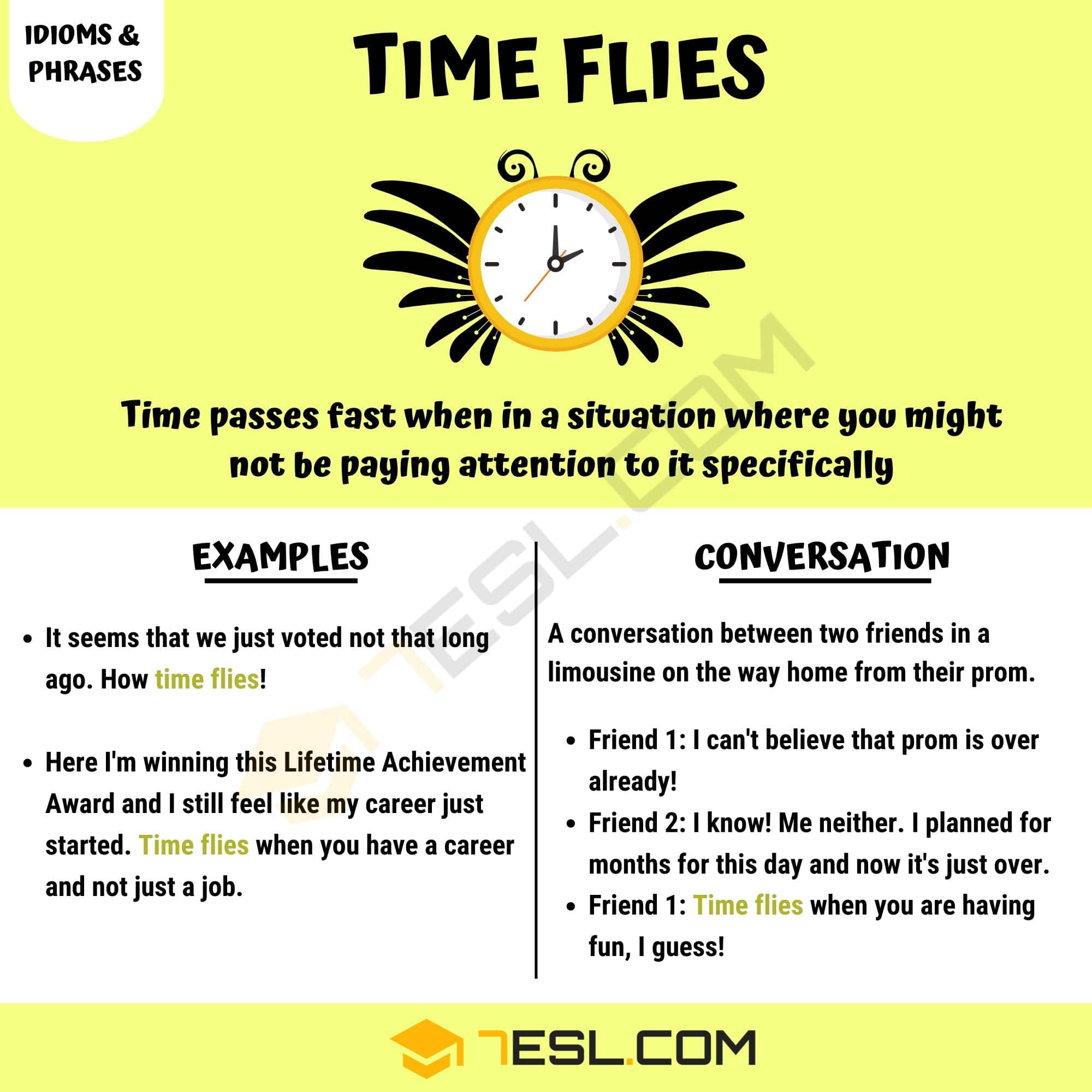