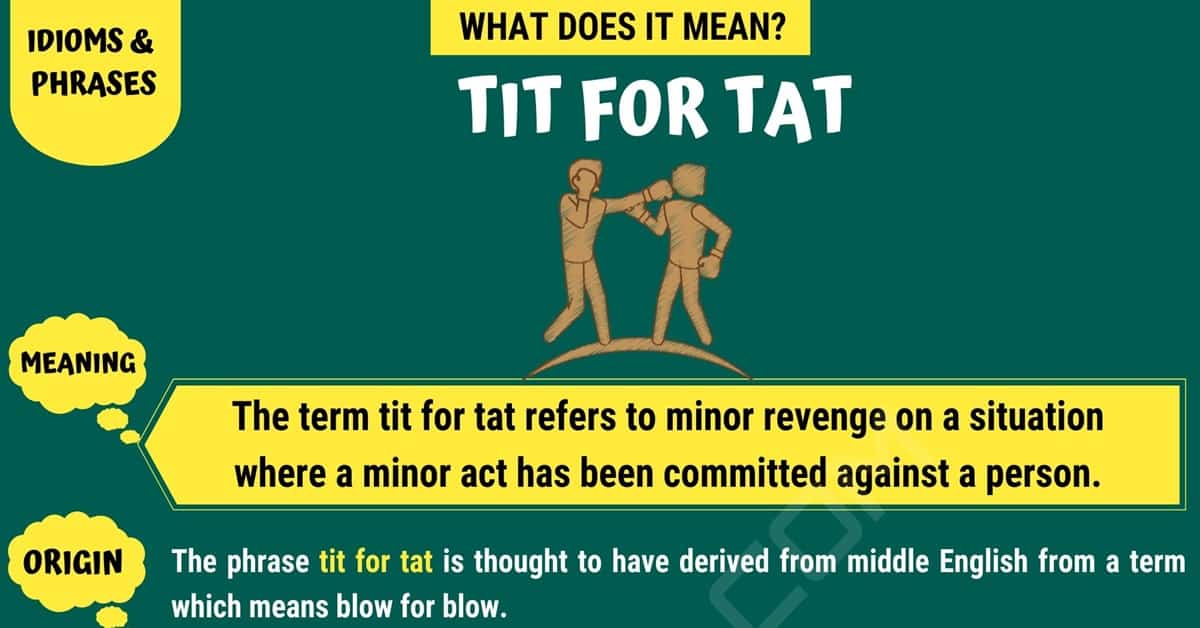 The idiom tit for tat might often be heard during an English conversation, it is a frequently used term in day to day speech. We are going to take a look at the meaning of this phrase and find out where it first came from. We are also going to be looking at some examples of the term appearing in conversation in order to better understand how it functions.

The term tit for tat refers to minor revenge on a situation where a minor act has been committed against a person.

Origin of this useful phrase

The phrase tit for tat is thought to have derived from middle English from a term which means blow for blow.

You are likely see or hear the term tit for tat in a variety of different contexts, we are now going to look at some examples of the term being used in a sentence.

The first statement is being made by one parent to another.

The second statement is being made by a mother to her daughter.

We are now going to take a look at some examples of conversations in which the idiom tit for tat is likely to be seen. This will help us to understand how the term works in day to day conversation.

The first example is a conversation between co-workers.

The next conversation is taking place between two friends. 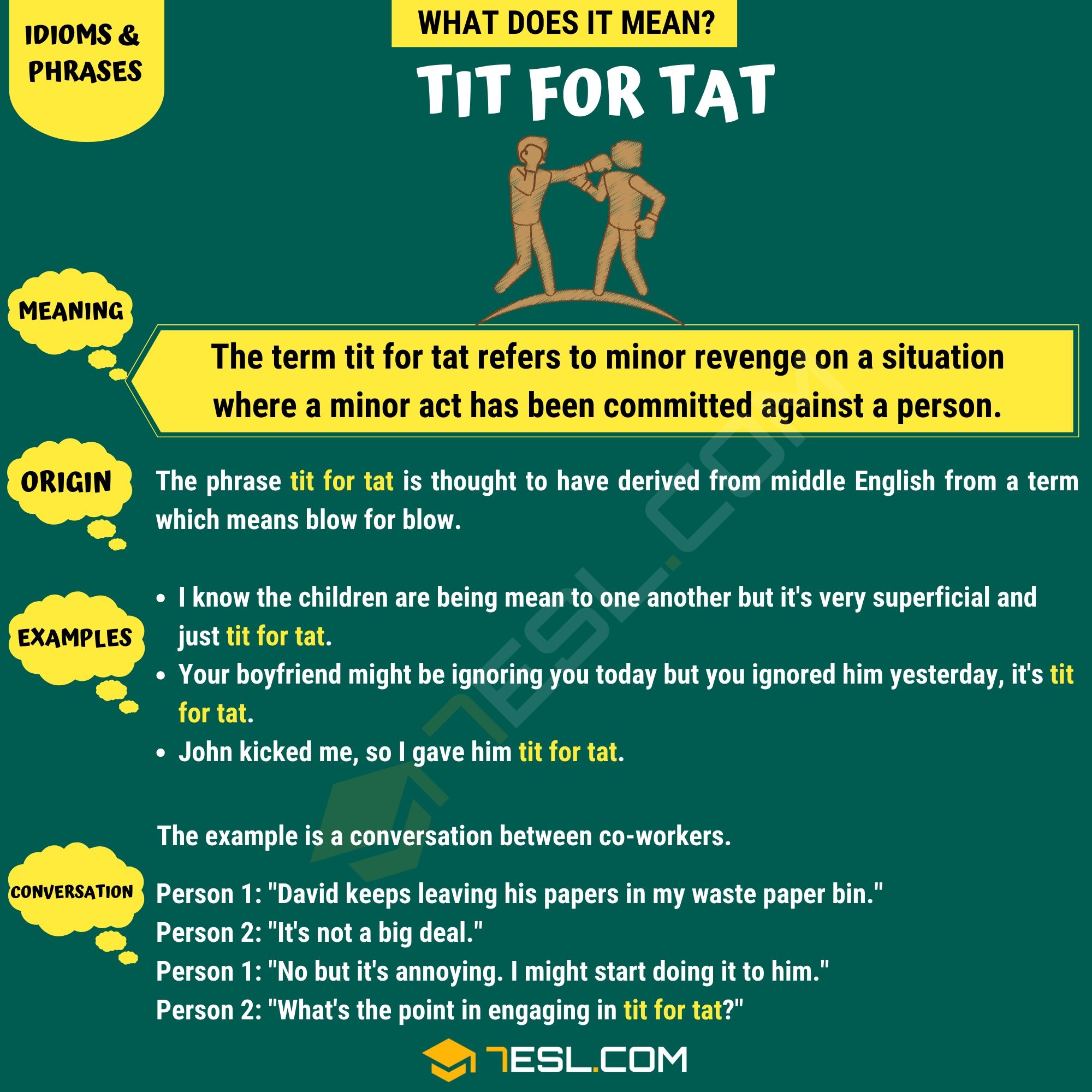