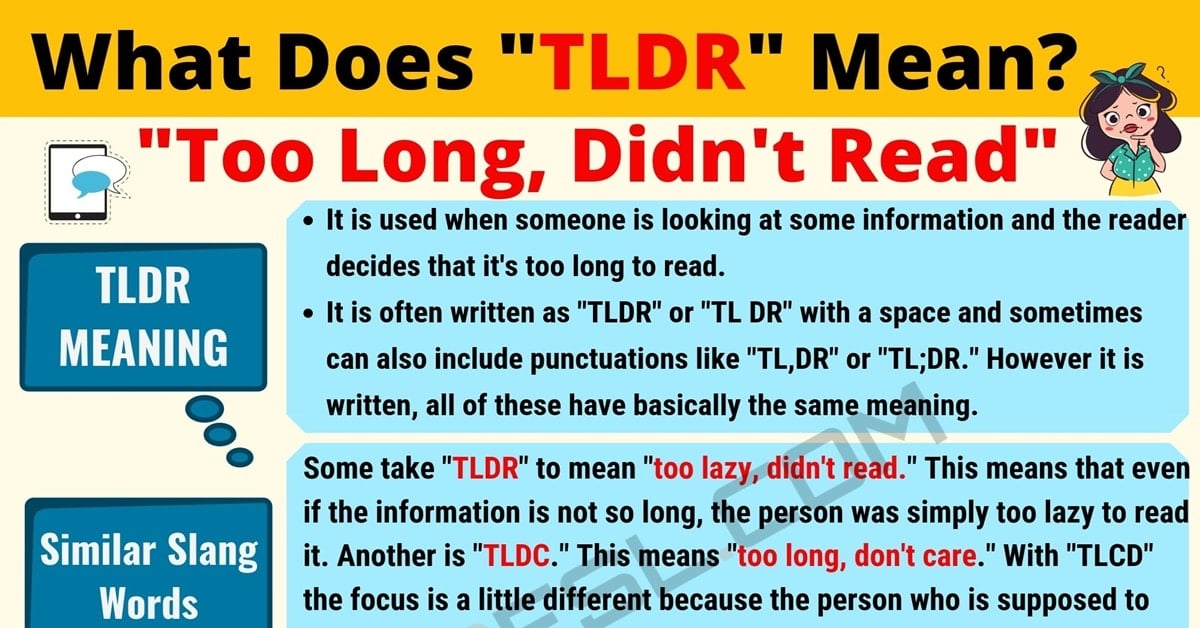 What does TLDR mean? What is the definition of this internet acronym? Learn how and when to use this text abbreviation with ESL infographic and useful conversation examples in English.

What Does TLDR Mean?

The phrase is becoming more and more popular with the changes in how people get information from the internet and social media platforms. It is used when someone is looking at some information and the reader decides that it’s too long to read.

Attention spans are shrinking due to instant access to information and constant notifications from our smart devices. This means that many younger people aren’t sitting down to read long pieces of information as people did in the past.

It is often written as “TLDR” or “TL DR” with a space and sometimes can also include punctuations like “TL,DR” or “TL;DR.” However it is written, all of these have basically the same meaning.

There is another meaning and also a similar phrase. Some take “TLDR” to mean “too lazy, didn’t read.” This means that even if the information is not so long, the person was simply too lazy to read it. Another is “TLDC.” This means “too long, don’t care.” With “TLCD” the focus is a little different because the person who is supposed to read the information sees how long it is and has lost interest due to the length.

When to use it

People can use it in a variety of situations. It can be used as a response to someone’s message or post on social media. It can also be used at the beginning or end of one’s own post or message to give someone the short version of what the creator wants to tell others.

When it is used as a response, it means the reader is stating that they didn’t read it. When it’s used at the beginning or end of a message, it means that the person who wrote the message is putting the main meaning or important facts in an easy to read the summary.

Social Media Post: TLDR – I had a really tough day, send me good vibes! Today was a crazy day. My alarm clock didn’t go off so I woke up late. That was ALREADY a bad start and then my hot water didn’t work either so I had to take a cold shower. Later when I was trying to get onto the bus to make it to work on time, the bust was late too because of the storm that came by last night …

In this example, we see that the poster used TLDR at the beginning of the post to show that the contents that will be following are quite long. In this situation, the post will most likely continue for quite some time. The poster knows that people are busy so she gives the quick version upfront and then goes into greater detail for those who want to know about her day.

Here we have a conversation between two friends. They are planning a vacation and are still trying to figure out where they should go. Texter 1 sends Texter 2 a bunch of information about visiting Greece. Texter 2 looked at the email and saw how much text there was. His response of “TLDR” shows that he looked at the amount of text there was and decided not to read it. Doing this too many times to others can really be irritating for them. 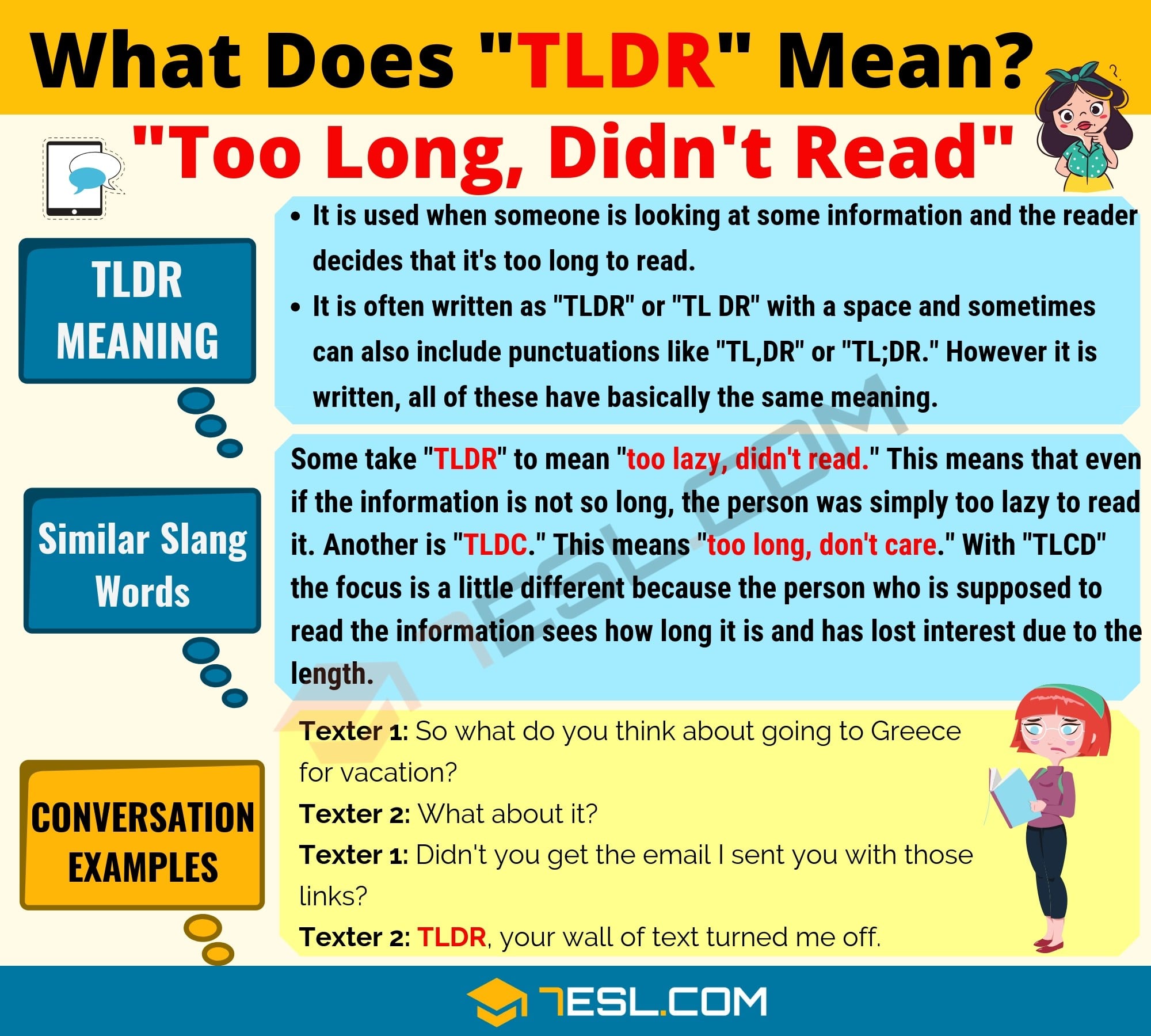 I need the what’s up number to learn English

I love you all guys