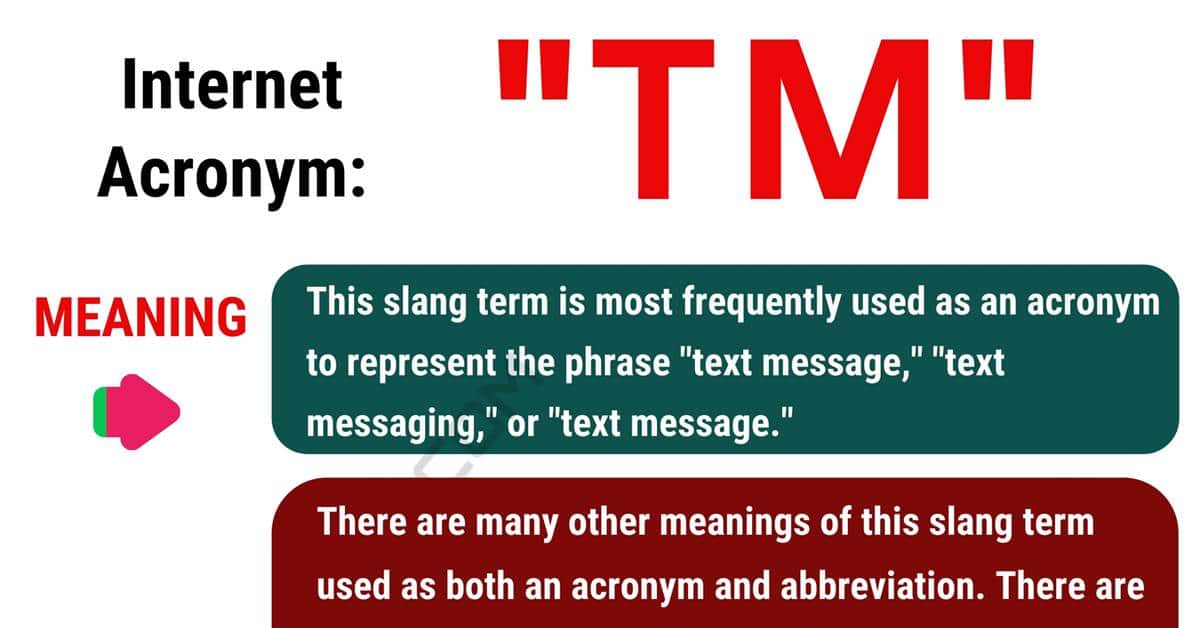 TM Meaning! Do you know what the acronym TM stands for? In this lesson, you will learn how to use the acronym with useful definition and example conversations in English.

What Does TM Mean?

There is no specific origin information that is currently available regarding this slang acronym.

There are many other meanings of this slang term used as both an acronym and an abbreviation. There are too many to mention all of the alternate meanings here, but some will be defined. As an acronym, this term can also represent the word “trademark” or “too much.” It can also be used as a shortened abbreviation for the word “tomorrow.” To understand the meaning of this term when it is used, you must make sure you pay close attention to the context it is being used in.

Other Ways to Say “TM”

There are several synonyms that you could use to replace this slang term in conversation to mean the same thing, but they would be synonymous with the phrase it represents not the actual term itself. Some of the alternative phrases you could use include: 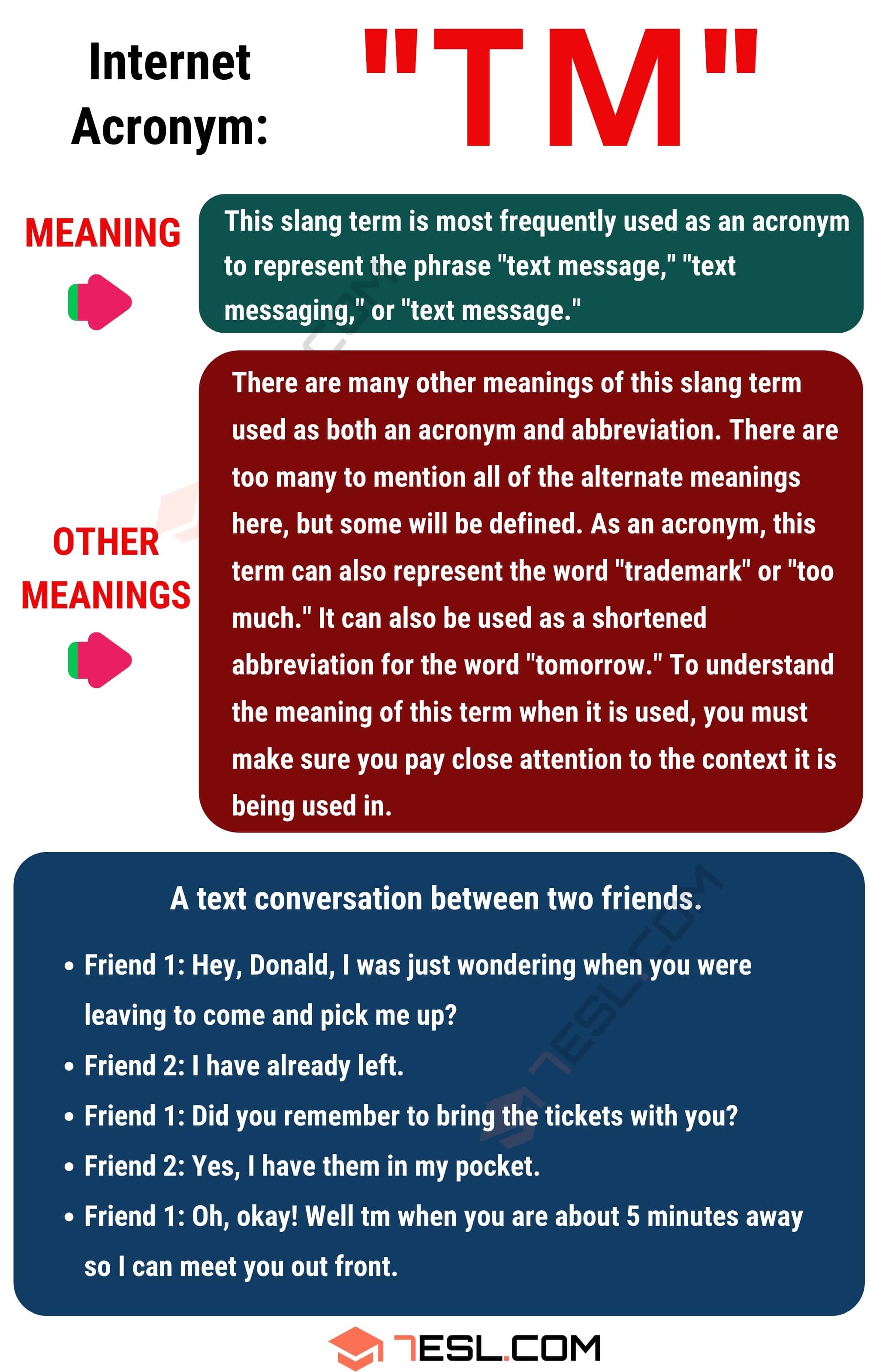