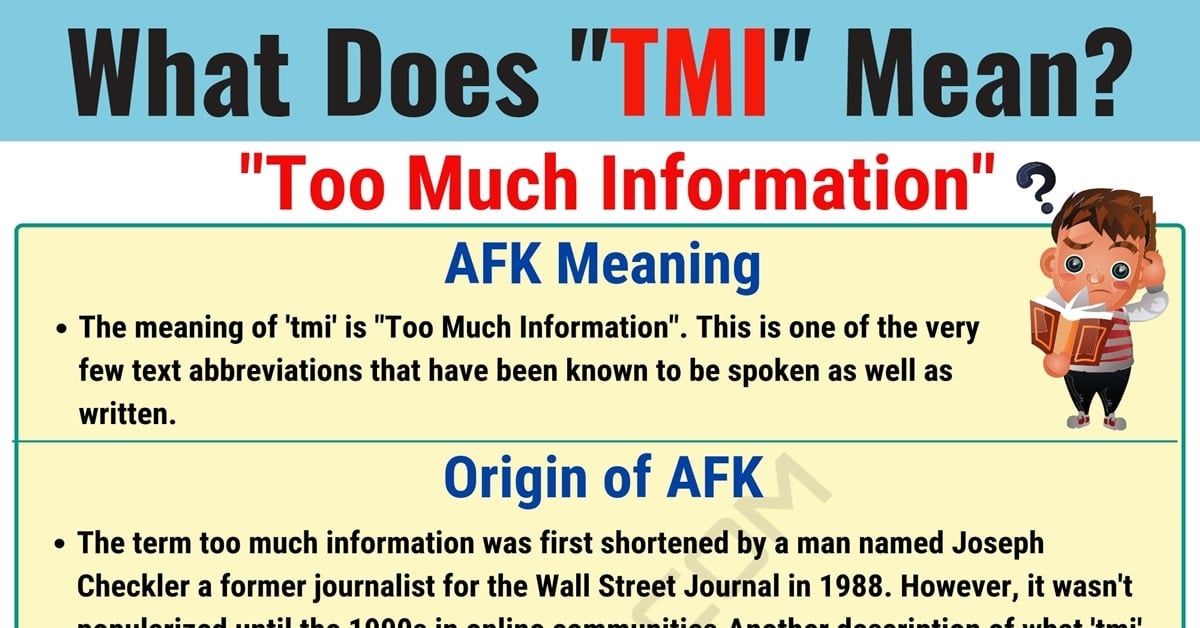 What does TMI mean? Are you looking for the definition of TMI with texting conversation examples? You have come to the right place! here we are going to explain how and when to use this text abbreviation with useful ESL infographic.

What Does TMI Mean?

The meaning of ‘tmi’ is “Too Much Information”.

This is one of the very few text abbreviations that have been known to be spoken as well as written.

The term too much information was first shortened by a man named Joseph Checkler a former journalist for the Wall Street Journal in 1988. However, it wasn’t popularized until the 1990s in online communities.

Another description of what ‘tmi’ means is, ‘I didn’t just hear that’ as well as ‘That’s obnoxious and taboo for you to share that.’

Now let’s take a look at how many different ways ‘tmi’ is used.

Here you experience three teens playing a video game such as Rainbow 6 Siege and having a mild conversation on their mic’s when all of a sudden one reviles way too much information causing them to inform him of it as quickly as possible.

Now another way this internet slang term is used would be text message. Two friends texting back and forth about one’s dinner date she had and was about to share more details then the friend asking really wanted. 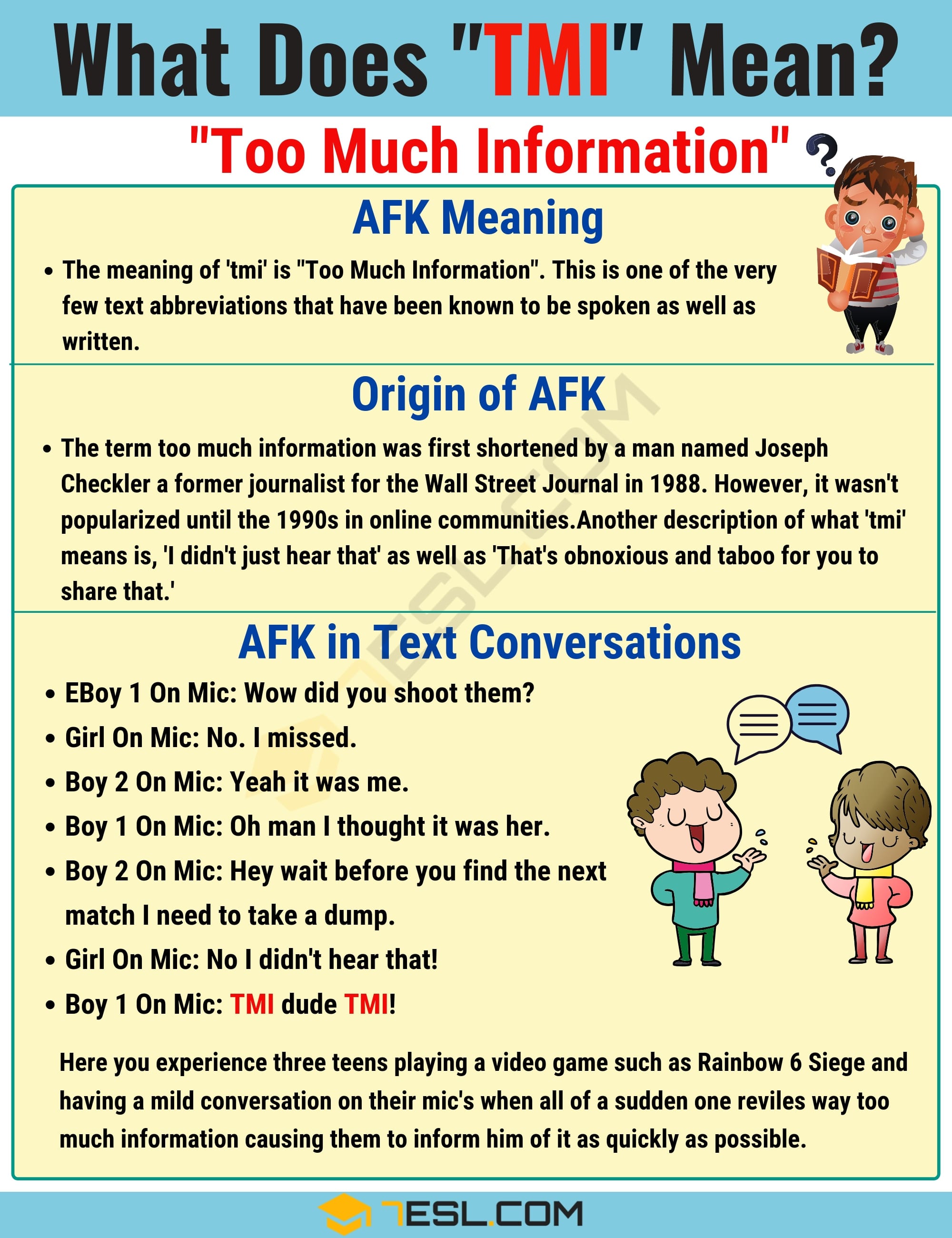