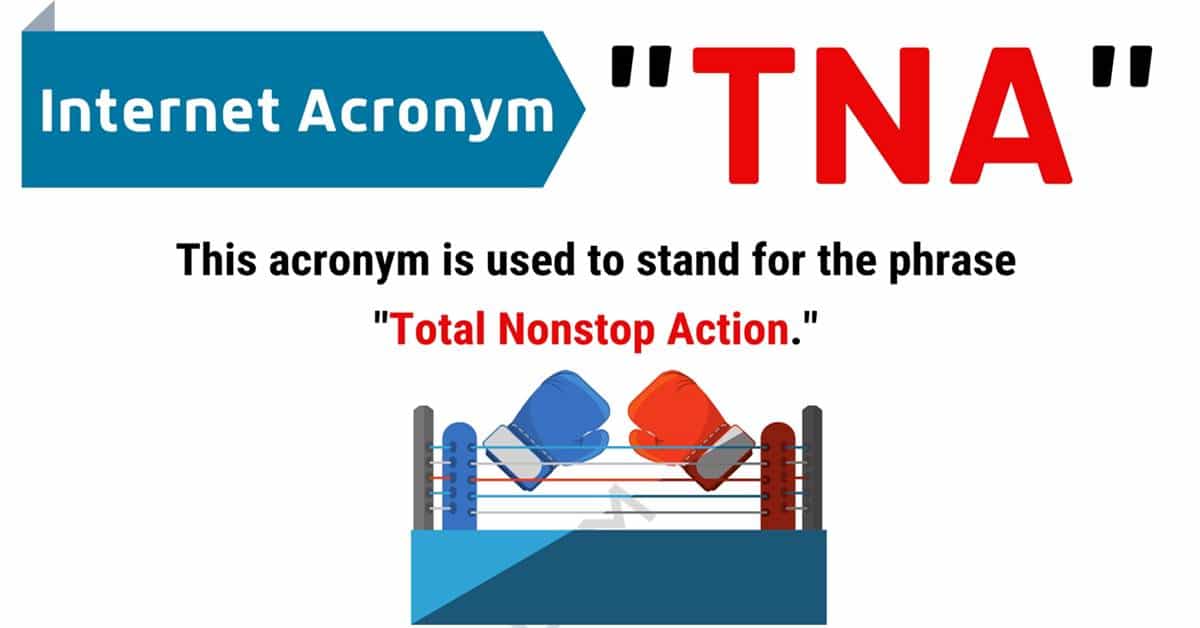 If you are a fan of wrestling, then you probably already know the meaning behind the acronym “TNA.” However, if this is your first time coming across the acronym, then you have probably come here looking for the definition of this acronym or looking to see if it means other things. Here you will find out both and you will also find out about the origin of the most common thing this acronym stand for. You will also be given the chance to read through some conversation examples that highlight the usage of this phrase in everyday discussion. In conclusion, you will see whether this acronym and the phrase it represents can be replaced with synonyms.

What Does “TNA” Mean?

This acronym is used to stand for the phrase “Total Nonstop Action.” It is the name of a wrestling brand that competes with the well-known wrestling brand “WWE,” World Wrestling Entertainment.

This wrestling organization began in 2001 after WCW, World Championship Wrestling, ended. At first, it was known as NWA-TNA, but the NWA part was dropped from the name after the owners decided to leave the National Wrestling Alliance in 2002.

Like most other acronyms, this one can be used to represent more technical and specific things as well. Some other titles and phrases that it can be used to stand for in more specific scenarios are “the new age,” “to no avail,” “temporarily not available,” “total net assets,” and “together and always.” These are a small handful of examples and there are many more.

An online discussion on a wrestling fan forum between two users.

Since this acronym represents the official title of television show and wrestling organization, there are no synonyms that you can use to replace it in this context. Using any other phrasing would change the branding and in turn change the meaning. 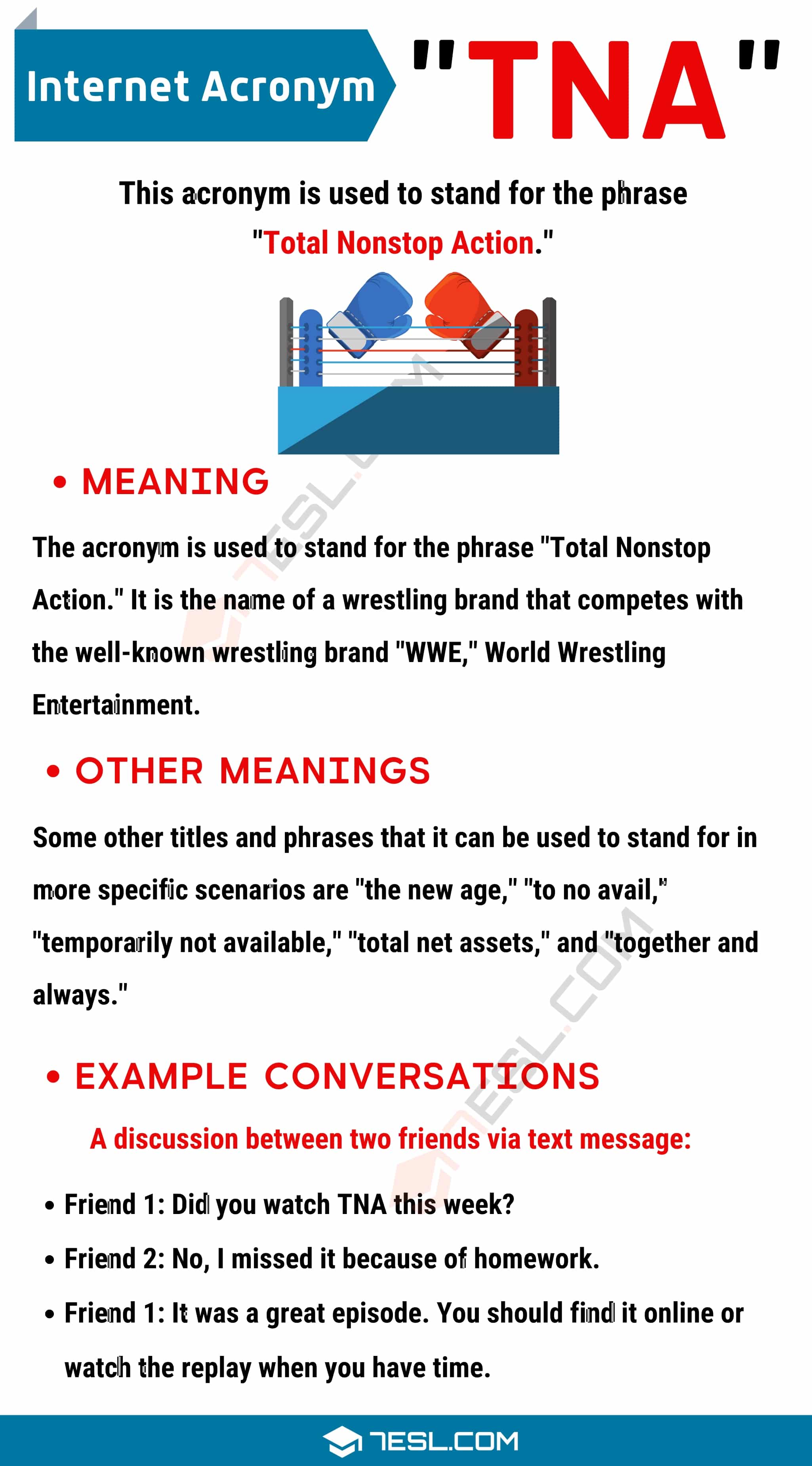