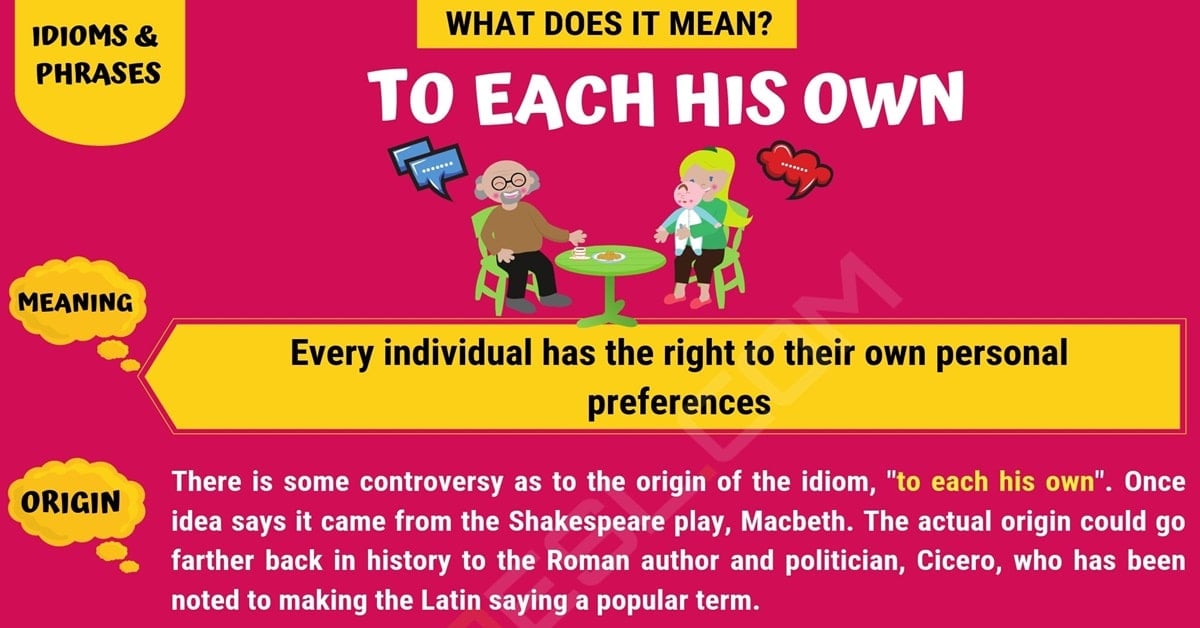 What does the idiom “To Each His Own” mean? Idiom phrases are a group of words placed together to achieve a specific meaning. Each of those words used separately can be a completely different expression or simply just a milder way of saying something. When a person uses the idiom, he hopes to say a certain thing in as few words as possible, for greatest effect. In modern pop culture the use of idioms is a way of using slang terms for expression, a kind of short-hand approach to communication.

To Each His Own

To Each His Own Meaning

The basic meaning of “to each his own” is that every individual has the right to their own personal preferences. Those feelings allow others their own separate opinions even though someone would do the opposite. Everyone has the right to feeling a certain way or liking a particular thing, but that doesn’t mean the rest of the world will feel the same way.

Another way to explain the idiom can be found in describing the fact that people like their own personal space. “To each his own” can be used to put thoughts to the idea that you want your own space in a situation.

It is often used as a way of saying “no accounting for taste” without actually being obnoxious in conversations. “To each his own” is just the perfect way to say, you disagree with someone else.

There is some controversy as to the origin of the idiom, “to each his own”. Once idea says it came from the Shakespeare play, Macbeth. In the play, Polonius says, “to each his own, thine self be true” in a speech to his son, Ursis. The meaning is slightly different that modern culture’s usage, but the thought is the same. However, there are those who believe this is far from the origin of the idiom.

The actual origin could go farther back in history to the Roman author and politician, Cicero, who has been noted to making the Latin saying a popular term.

Whichever is the real origin of the idiom doesn’t matter, today’s pop culture has added it to its realm of popular phrases and idioms. The common attempt of saying the most in the fewest amount of words or letters on social media has spread the phrase across the globe.

Other Ways to Say “To Each His Own”

There are multiple ways of saying “to each his own” in other ways. They include but are not limited to the following.

“To Each His Own” Examples

Ways you will find the phrase “to each his own” used.

A simple conversation about apples and how one girl likes green and the other says they taste almost sour, the other girl responds with a simple ‘to each his own’ as a way of saying everyone’s opinion is different.

Here a chat user uses the phrase as a way of being nice and saying he has his thoughts, but so do the other gamers.

To Each His Own | Picture 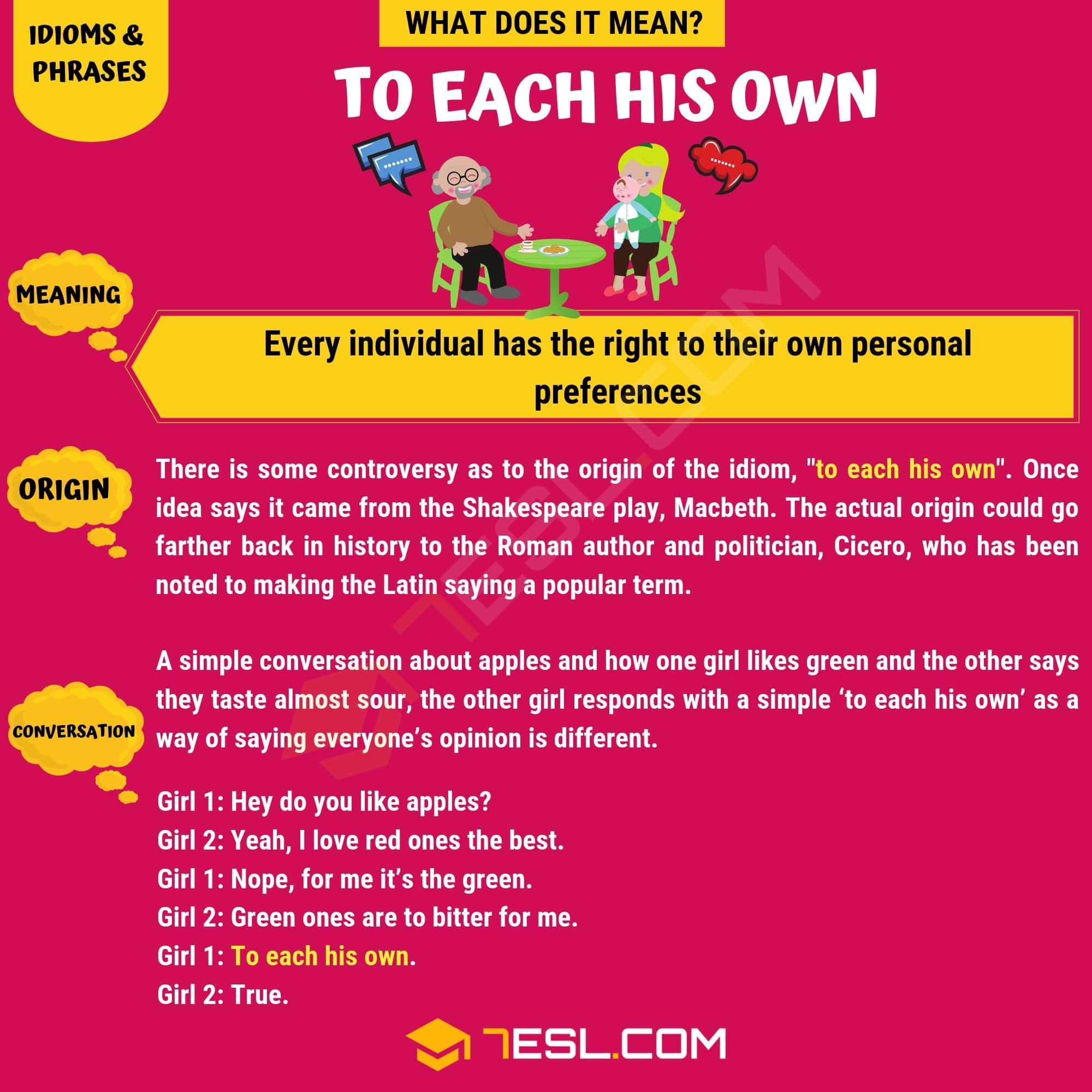 Please check your Shakespeare. Polonius is a character in Hamlet, not Macbeth. Polonius has a son named Laertes. I can not find anywhere in the play where he says, To each his own.