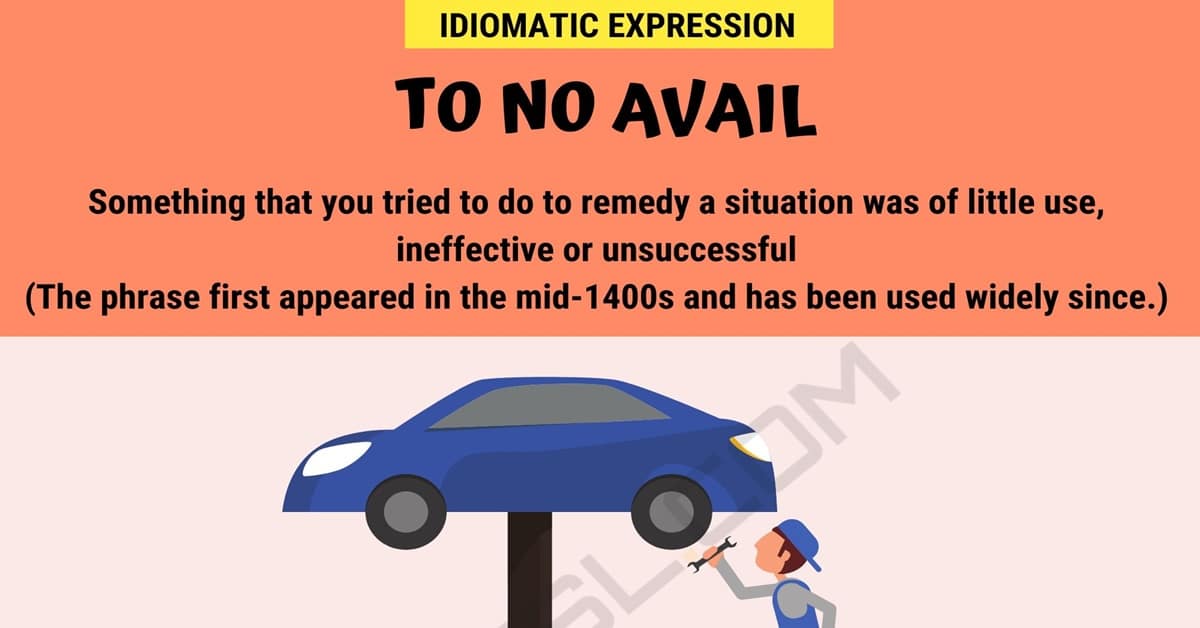 The phrase “to no avail” is one you may hear or see frequently in everyday conversation and writing. Here you will find the definition of the phrase and the story of its origin. You will also find examples of how to properly use the phrase in conversations/statements and find other ways to say this phrase while still conveying the same meaning.

To No Avail Meaning

The idiom “to no avail” means something that you tried to do to remedy a situation was of little use, ineffective or unsuccessful.

The word avail means advantage. The phrase takes the definition of this word to describe a preconceived advantage to be of very little or no use. The phrase first appeared in the mid-1400s and has been used widely since.

“To No Avail” Examples

A statement made in the local newspaper about a family lost in a house fire.

A statement made in a popular entertainment magazine by a celebrity.

Other Ways to Say “To No Avail”

Like most phrases, there are other ways to say the phrase “to no avail.” Other ways you can convey the same meaning include:

To No Avail Meaning | Picture 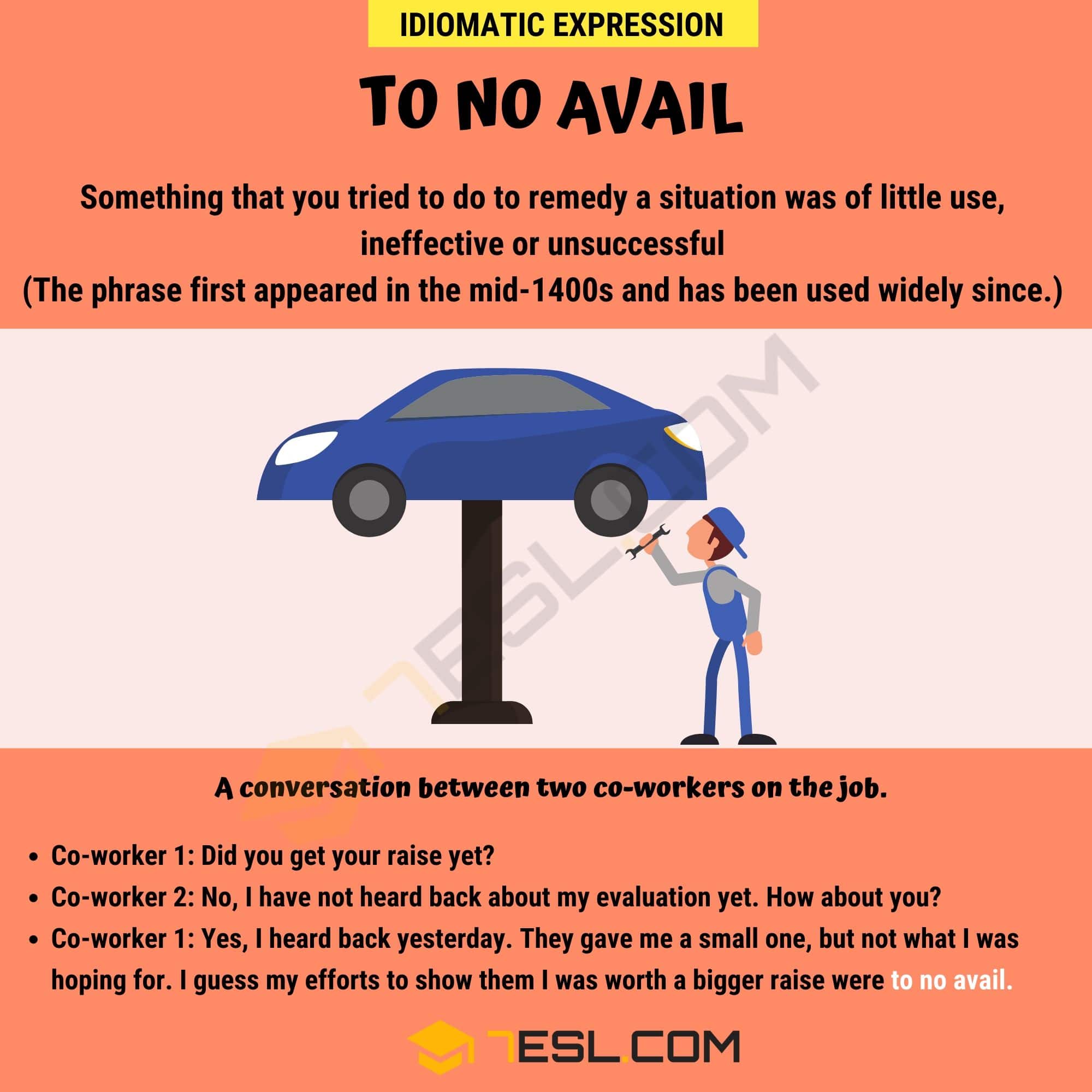