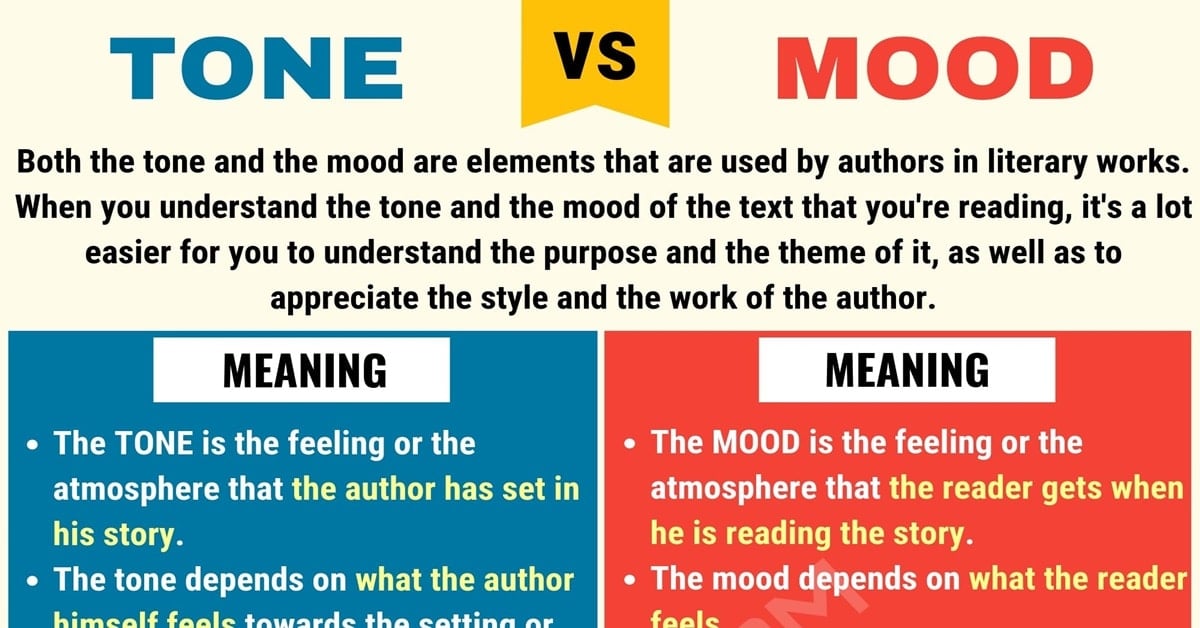 The tone depends on what the author himself feels towards the setting or the character, and what he wants us to feel. For example, when the author writes, “James didn’t want to go into that dark room and preferred to stay where he was”, he means that James was very scared. Or, the sentence “The sun was shining so bright that Margaret wanted to run around the garden singing all day long” suggests that Margaret was feeling excited or happy.

On the contrary, the mood depends on what the reader feels. The mood is usually created at the beginning of the story, so the reader can expect what will happen later on. For instance, the writer might say that the night was dark and moonless. Even though nothing is said about anyone feeling scared, this is probably the emotion that the reader will perceive. A different author might start his story describing a cruel man shouting and hitting his son. This will give the readers the feeling of anger towards the man, and pity towards his son.

To sum up, you can understand the tone of a text when you look at the words that the writer has used. On the other hand, the mood that a text creates has to do with what you as a reader feel when you read what the author has written.

What’s the Difference between Mood vs. Tone? | Picture 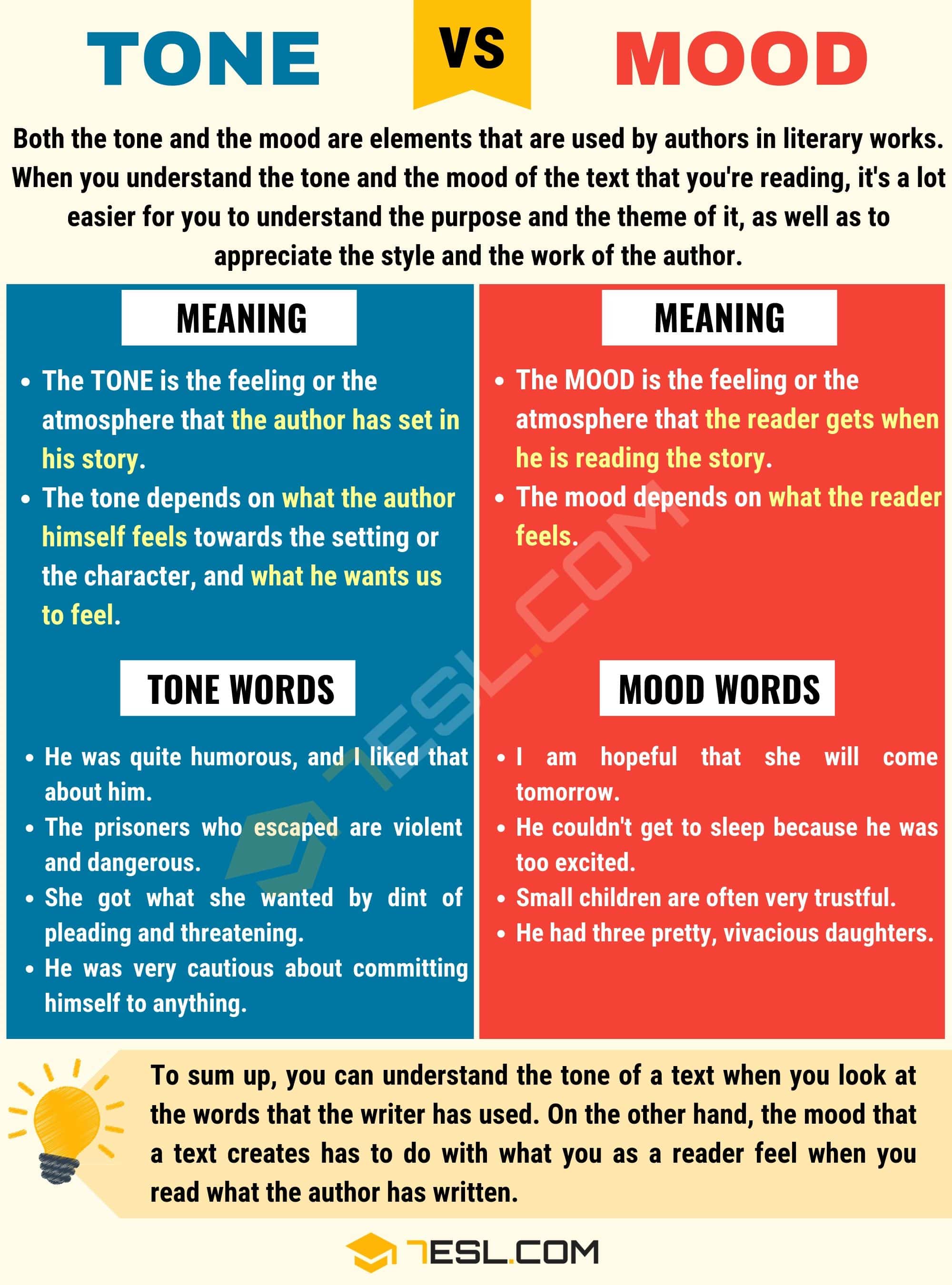 The differences between tone and mood is that tone is the emotion between the narrator and author the mood is the gereral atmosphere of a piece of writing and the overall feeling the author gets from the piece. is true but mood is more of a positive and negative

can i used this to my module?