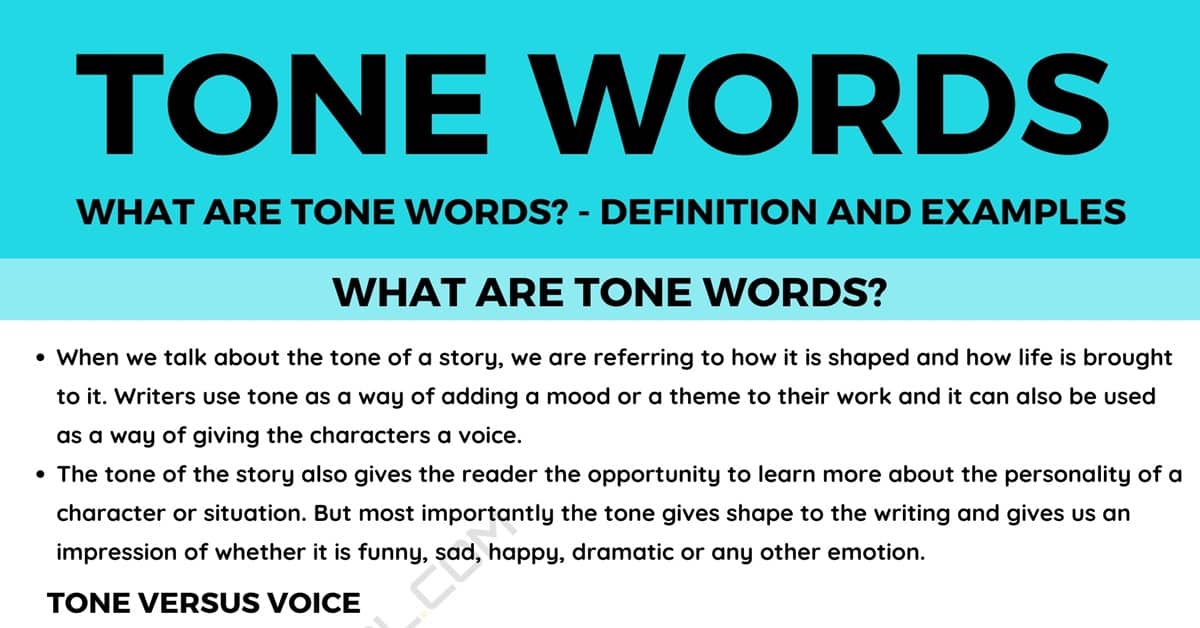 When looking at the English language, you may find yourself confronted with tone words, but what are they and what are they used for? In this article, we are going to be looking at what a tone word is and how they function. We will also be taking a look at a variety of examples to show how tone words can be used.

What Are Tone Words?

When we talk about the tone of a story, we are referring to how it is shaped and how life is brought to it. Writers use tone as a way of adding a mood or a theme to their work and it can also be used as a way of giving the characters a voice.

The tone of the story also gives the reader the opportunity to learn more about the personality of a character or situation. But most importantly the tone gives shape to the writing and gives us an impression of whether it is funny, sad, happy, dramatic or any other emotion.

In order to create the tone of a piece, it is important that the writer employs the use of tone words. These are words that help set the tone and shape the story.

Often times, people might confuse tone with voice but these are two completely different aspects within a story. The best way to differentiate between the two is to remember that the tone can continually change throughout the story, whereas the voice does not.

In order to fully understand tone words, we are now going to take a look at some of the most common examples and their meanings.

Tone Words In A Sentence

Now that we are aware of a good amount of tone words, we can now start to look at how they are used within a sentence. Here are some examples, from which you will see that the tone words allow you to get a feel for what is being said.

A tone word is used to set the tone of a piece of writing. These words allow the writer to shape the story and bring it to life by giving the reader a feeling to which they can relate. Tone can sometimes be confused with the voice of the story but the two are actually very different with the tone being free to change as frequently as in each sentence.

My name is Angrez Chand but I cannot speak english.how to learn and speak English