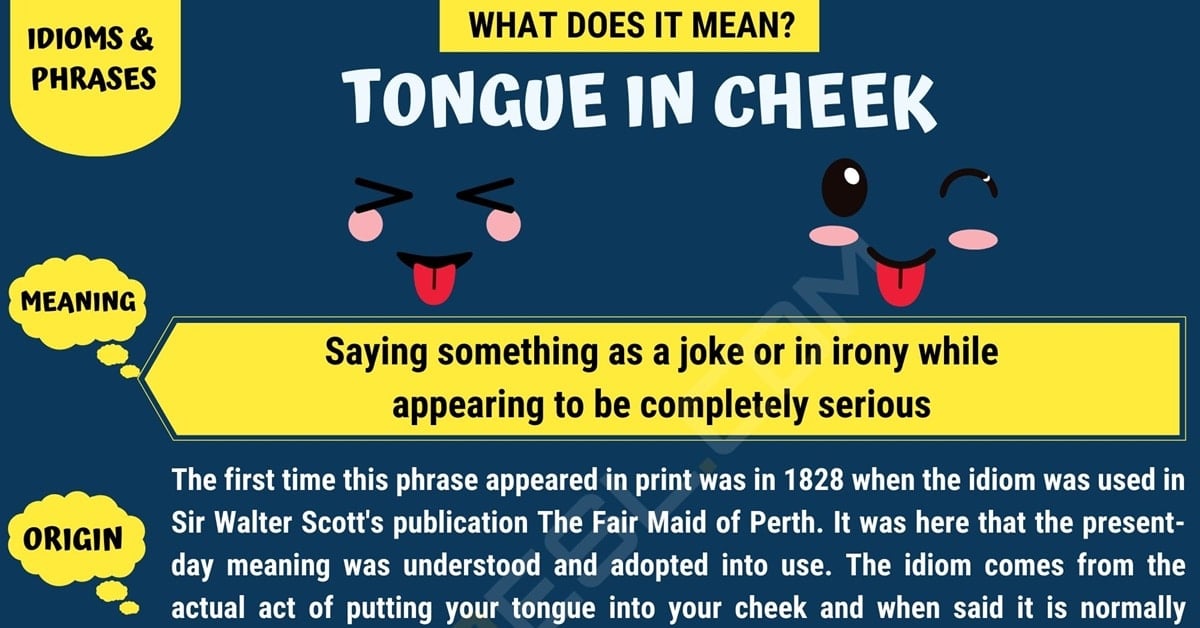 What does “Tongue in Cheek” mean? Idioms are phrases that consist of figurative language to convey thoughts and feelings. They are considered a form of informal communication and have been used for many years. “Tongue in cheek” is an idiom that is used today in everyday conversation. Here you will find the meaning of the idiom, the story of how it became widely used, examples of how to use it properly in everyday conversations/statements and other ways the same thing can be stated in a literal sense.

The idiom “tongue in cheek” means saying something as a joke or in irony while appearing to be completely serious.

The first time this phrase appeared in print was in 1828 when the idiom was used in Sir Walter Scott’s publication The Fair Maid of Perth. It was here that the present-day meaning was understood and adopted into use. The idiom comes from the actual act of putting your tongue into your cheek and when said it is normally combined with a wink to let others involved in the conversation know that what is being said is a joke.

A statement in the local paper regarding a recent interview about political candidates.

A statement made by the principal of a high school.

Other Ways to Say “Tongue in Cheek”

Idioms are coupled with different ways that you can literally state the same meaning during conversation. Instead of saying tongue in cheek,” you could also say things like I am just joking, but am I really or I am being completely serious right now, but not really. 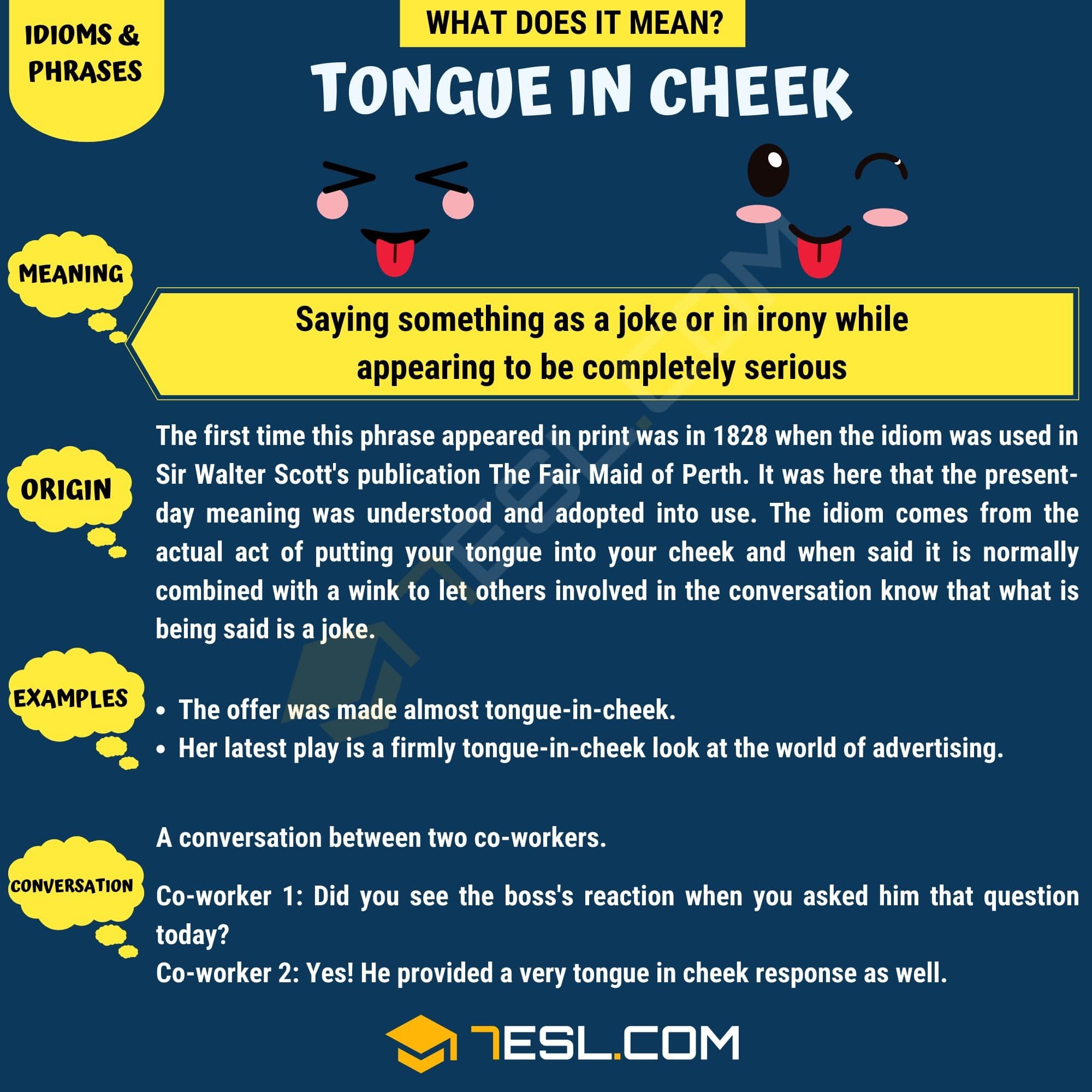