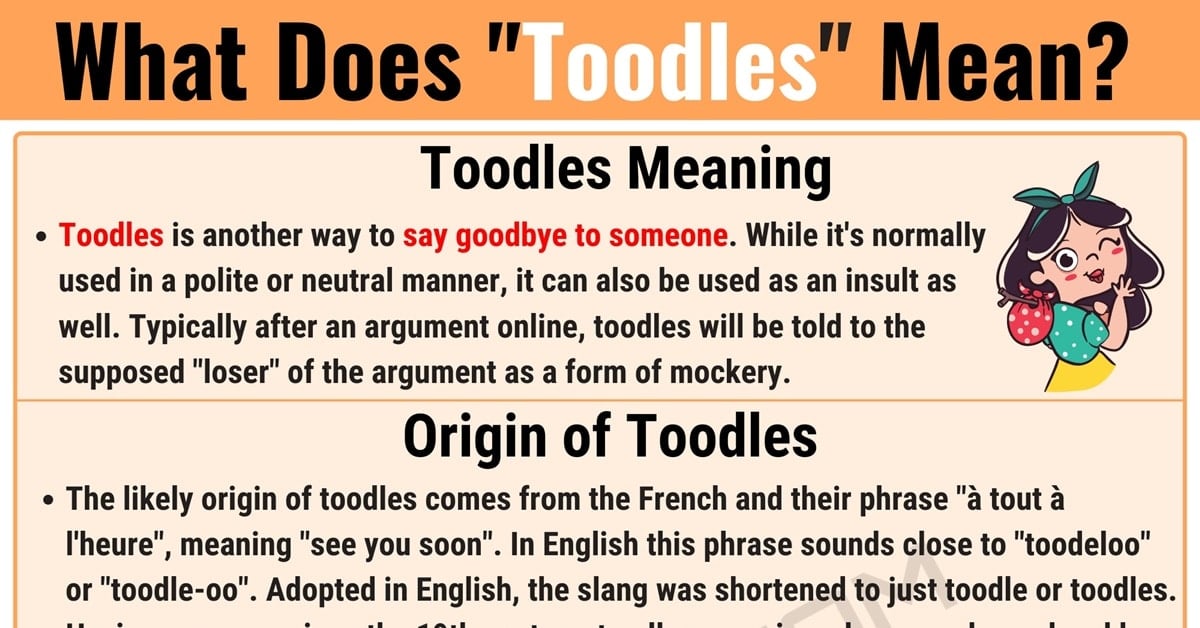 What does Toodles mean? This article provides the definition and usage of this internet slang term with ESL infographic and interesting conversation examples in English.

What Does Toodles Mean?

Toodles is another way to say goodbye to someone. While it’s normally used in a polite or neutral manner, it can also be used as an insult as well. Typically after an argument online, toodles will be told to the supposed “loser” of the argument as a form of mockery.

The likely origin of toodles comes from the French and their phrase “à tout à l’heure”, meaning “see you soon”. In English this phrase sounds close to “toodeloo” or “toodle-oo”. Adopted in English, the slang was shortened to just toodle or toodles. Having seen use since the 19th century, toodles was viewed as a posh word and by the mid-20th century toodles had a reputation as being used exclusively by effeminate men. This is why it can be viewed as an insult, mocking someone’s masculinity.

Toodles can also refer to riding ones bike in a carefree way, likely originating due to the word’s posher history and the idea that early bicycles were only ridden by the well-to-do. This meaning hasn’t seen widespread use, however.

Toodles can be spelled with or without the S. Like all slang, the word can also be used with a lowercase T. No other variants exist. 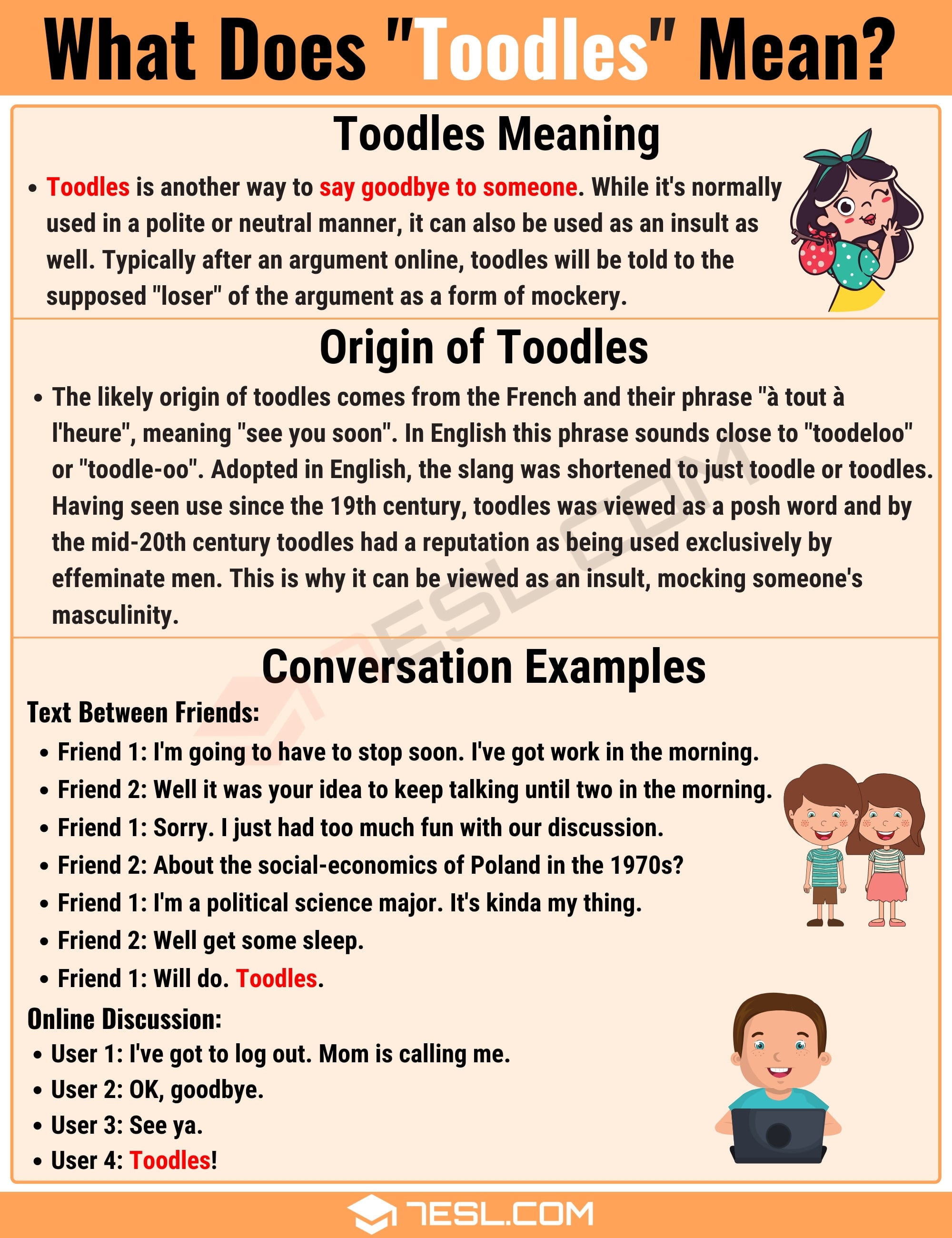 I thought it fuckin ment a shark

Why Type “Toodles” when” Bye” for example is way less Effort, and less than Half the character input, C’mon its a bit pretentious, and a bit smug, If I was Gonna use a word, I’d use “Laters” for example, which sounds way better than “Toodles” for sure, not something I will be using any time soon, and I’ll save myself the effort of one less character to input LOL