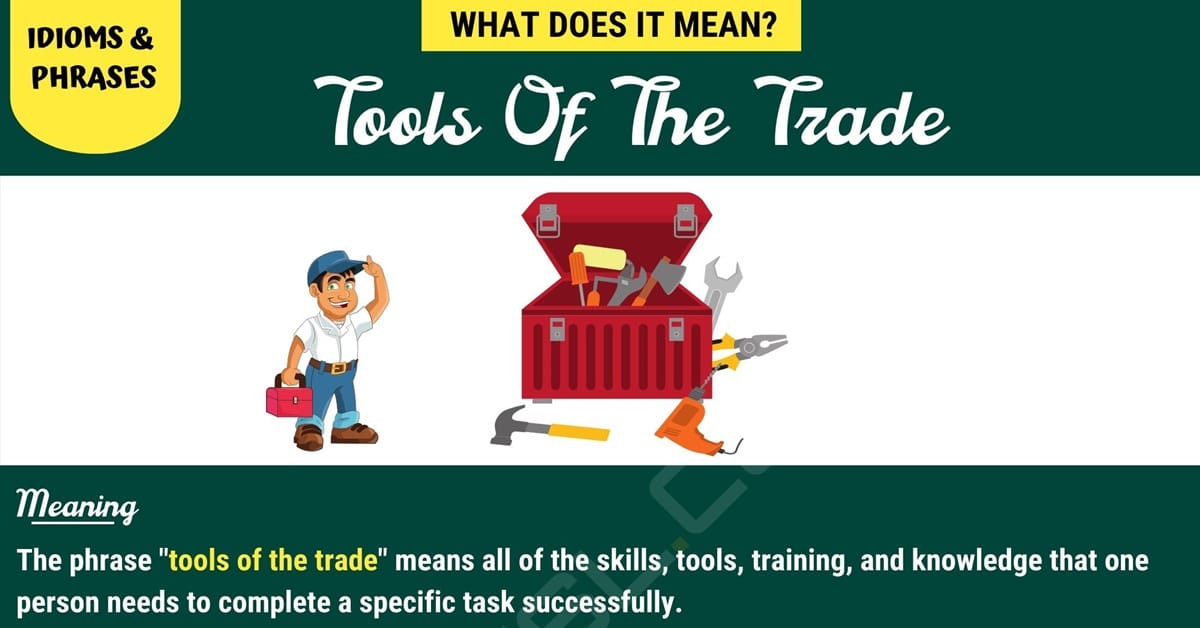 “Tools of the trade” is a helpful idiom that you may hear or see frequently. It is not an idiomatic phrase, but rather a very literal phrase. Here you will find the meaning of this phrase and the information about its origin if there is any information available. You will also see the phrase used in some example sentences and conversations to help you gain a better understanding by allowing you to see the phrase used in the proper context. Finally, the wrap up will conclude with some suggested alternatives that you can use in place of this phrase to convey the same meaning.

Tools Of The Trade

Tools Of The Trade Meaning

The phrase “tools of the trade” means all of the skills, tools, training, and knowledge that one person needs to complete a specific task successfully.

Although there is not much specific information as to when this phrase first came to be used, it can be said that the phrase “tools of trade” at least traces as far back as 1825. This usage occurred in England in the Bankrupts Acts 1825 and took on the same meaning it does still today.

“Tools Of The Trade” Examples

Alternatives to “Tools Of The Trade”

There are several words or phrases that can be substituted for the phrase “tools of the trade” to convey the same meaning. Some of these substitutions include:

Tools Of The Trade Meaning | Picture 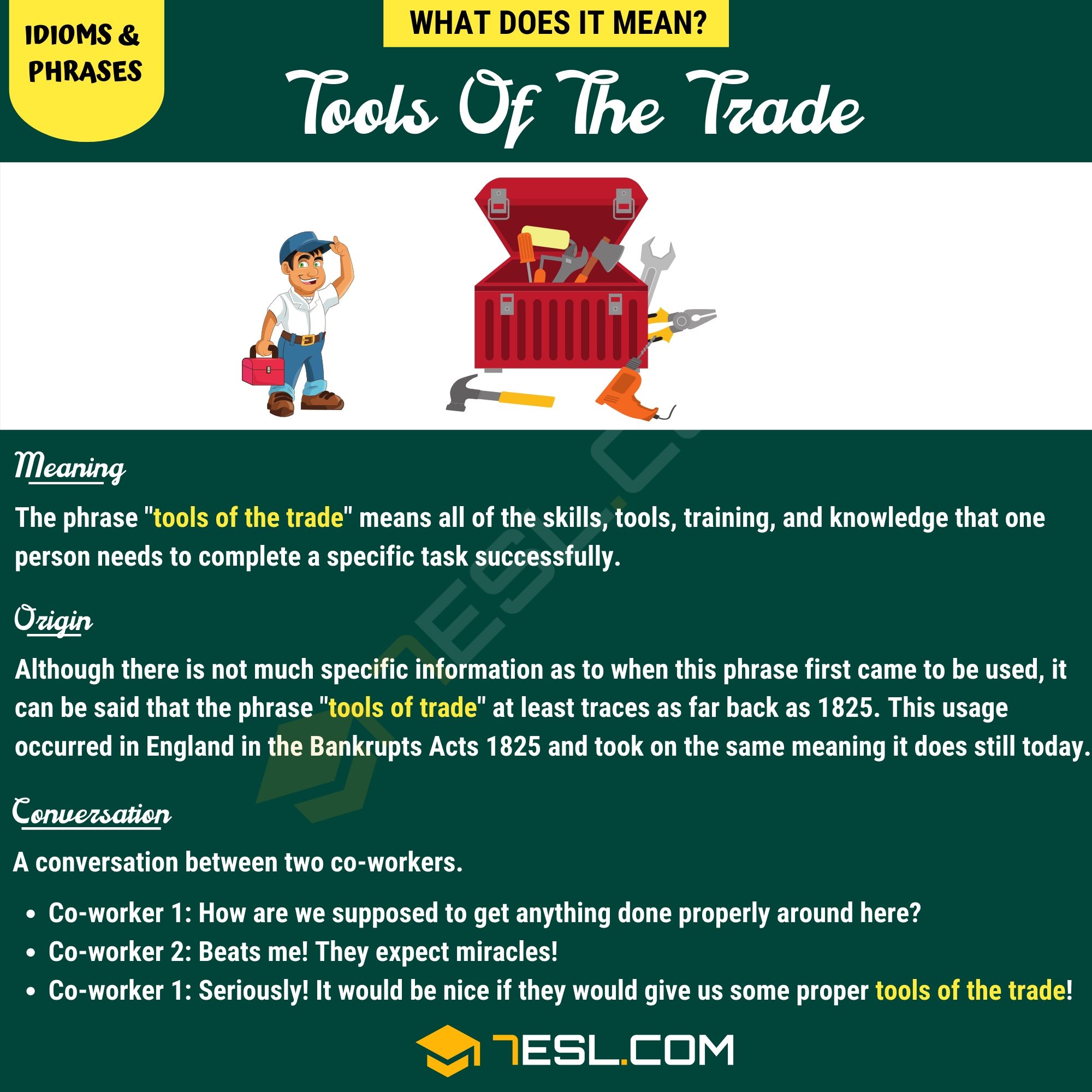