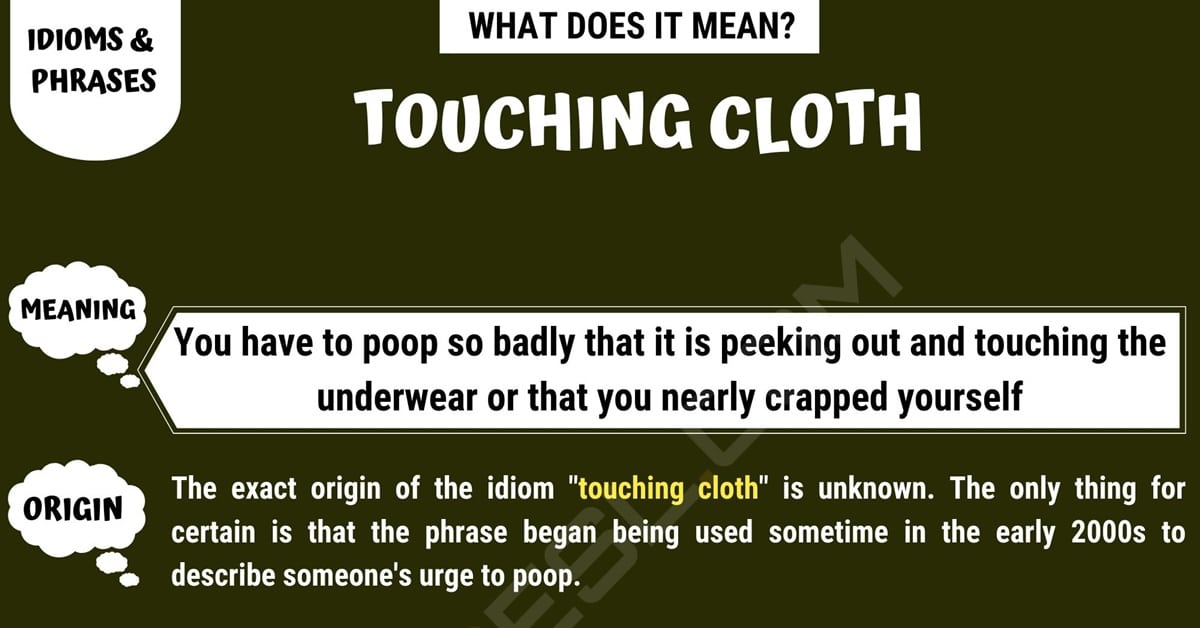 The idiomatic phrase “touching cloth” is one you will probably not hear or see frequently other than as a form of informal speech. Here you will find the meaning of the phrase and the information regarding its origin. You will also find some examples of how to properly use this phrase in conversations/statements and discover other ways to say the phrase while conveying the same meaning.

The phrase “touching cloth” means that you have to poop so badly that it is peeking out and touching the underwear or that you nearly crapped yourself.

The exact origin of the idiom “touching cloth” is unknown. The only thing for certain is that the phrase began being used sometime in the early 2000s to describe someone’s urge to poop.

A statement made by a victim of a car accident.

A statement made by a cool and humorous doctor.

A conversation between two boys in the locker room after gym.

Other Ways to Say “Touching Cloth”

Like all idiomatic phrases, there are several other ways to say “touching cloth” that still convey the same meaning. Some of these other ways include: 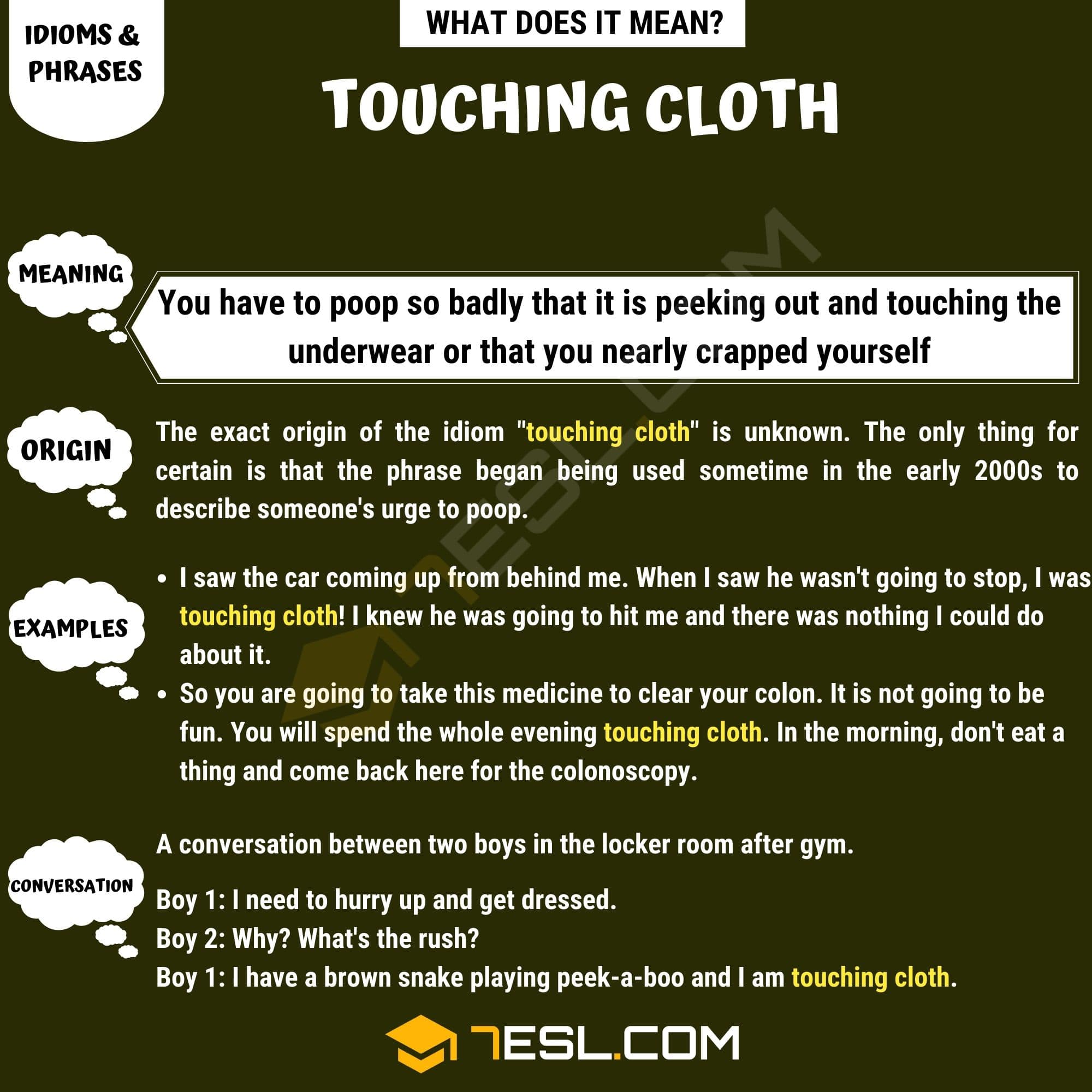