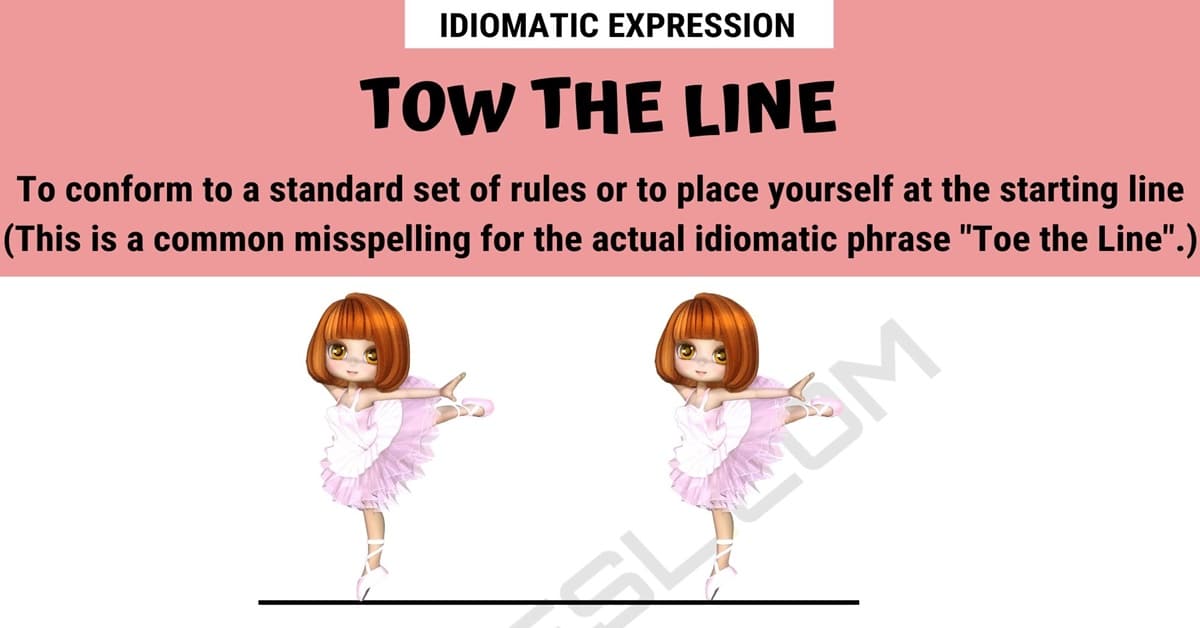 The phrase “tow the line” is a phrase that you may hear or see frequently in everyday conversation and writing. However, this is a common misspelling for the actual idiomatic phrase “toe the line.” Here you will find the meaning of this phrase and information regarding its origin. You will also see examples of how to properly use this phrase in conversations/statements and learn alternative things that you can say to convey the same meaning.

The idiomatic phrase “toe the line” means to conform to a standard set of rules or to place yourself at the starting line.

The exact origin of the idiomatic phrase “toe the line” is disputed. It is believed to have possibly come from school, the sport of boxing or the British House of Commons. However, most people believe that the phrase originated in the military. In the 1800s, seamen aboard vessels were required to come to roll call on deck in their bare feet. They were required to stand at attention aboard the deck of the ship with their toes placed on the lines, or seams, of the boards.

The common misspelling “tow the line” most likely comes from the shipping industry where bigger boats are tugged by smaller boats into port via a line. However, this explanation is not one of the likely origins of this phrase.

A statement made by a teacher sharing her thoughts on how to keep better track of attendance.

A statement made a local police officer in the newspaper about a recent arrest he had made.

A conversation between a manager and his employee.

Other Ways to Say “Tow The Line”

Like all idiomatic phrases, there are many other different ways the phrase can be said to convey the same meaning. Some alternatives include:

What does “Tow The Line” Mean? 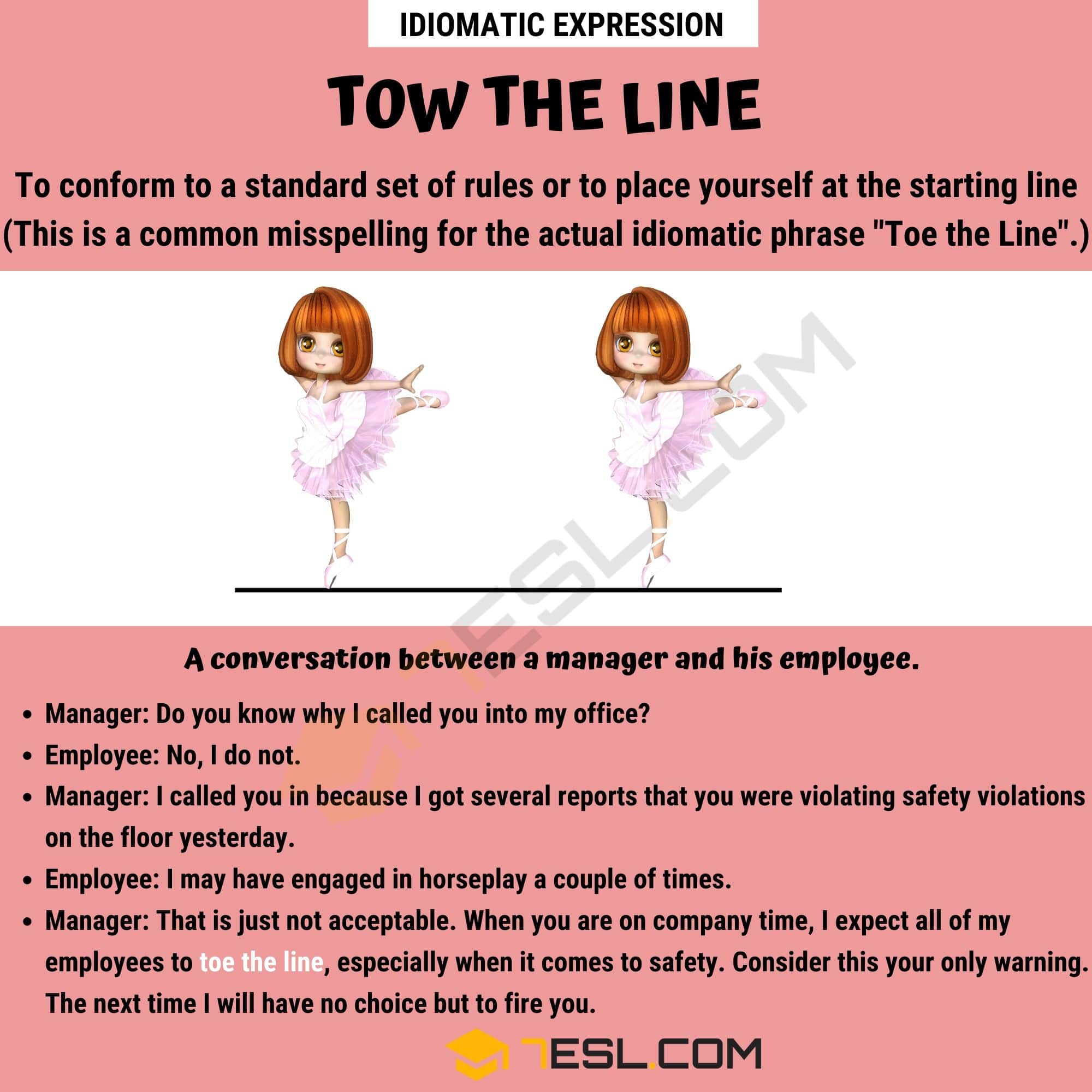