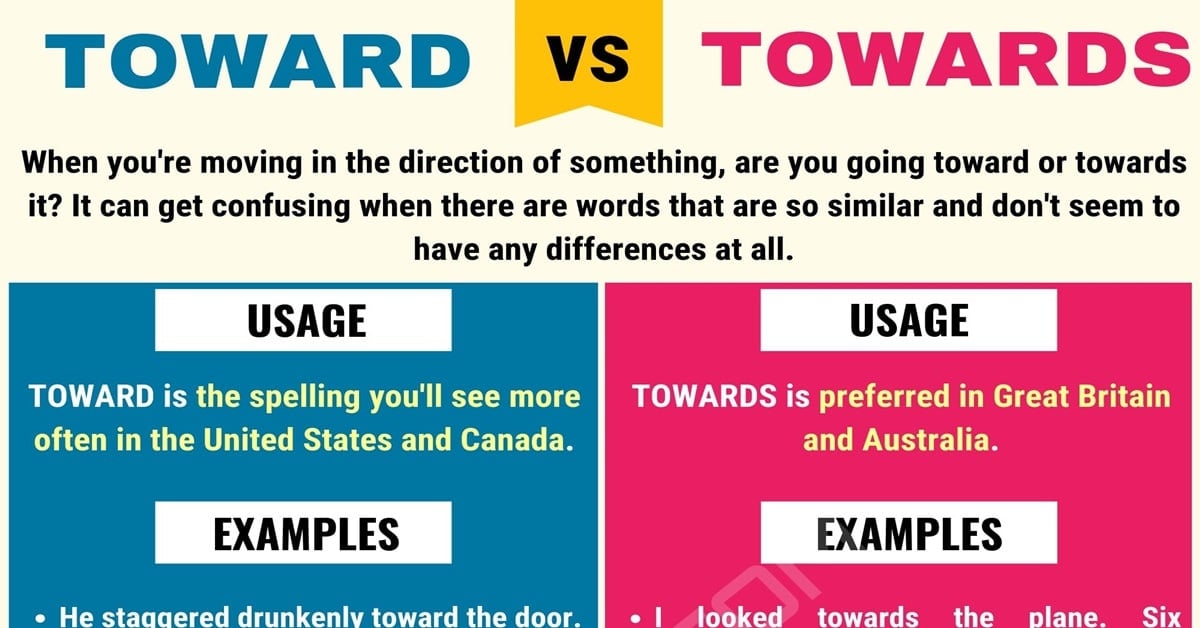 Toward vs. towards! When you’re moving in the direction of something, are you going toward or towards it? It can get confusing when there are words that are so similar and don’t seem to have any differences at all. Still, when speaking or writing, you never want the other person to misunderstand you because you’ve used the wrong word, no matter how similar it sounds and looks.

The good news about toward and towards is, they’re both acceptable and both mean exactly the same thing. The only thing to be careful with is that TOWARDS is preferred in Great Britain and Australia, while TOWARD is the spelling you’ll see more often in the United States and Canada.

The AP Stylebook suggests that toward is the correct spelling. However, both of these prepositions have been around for a long time and can be traced back to Old English, so you can use whichever one you like more.

Toward vs. Towards Examples

When to Use Toward or Towards| Image

Toward vs. Towards: What’s the Difference? 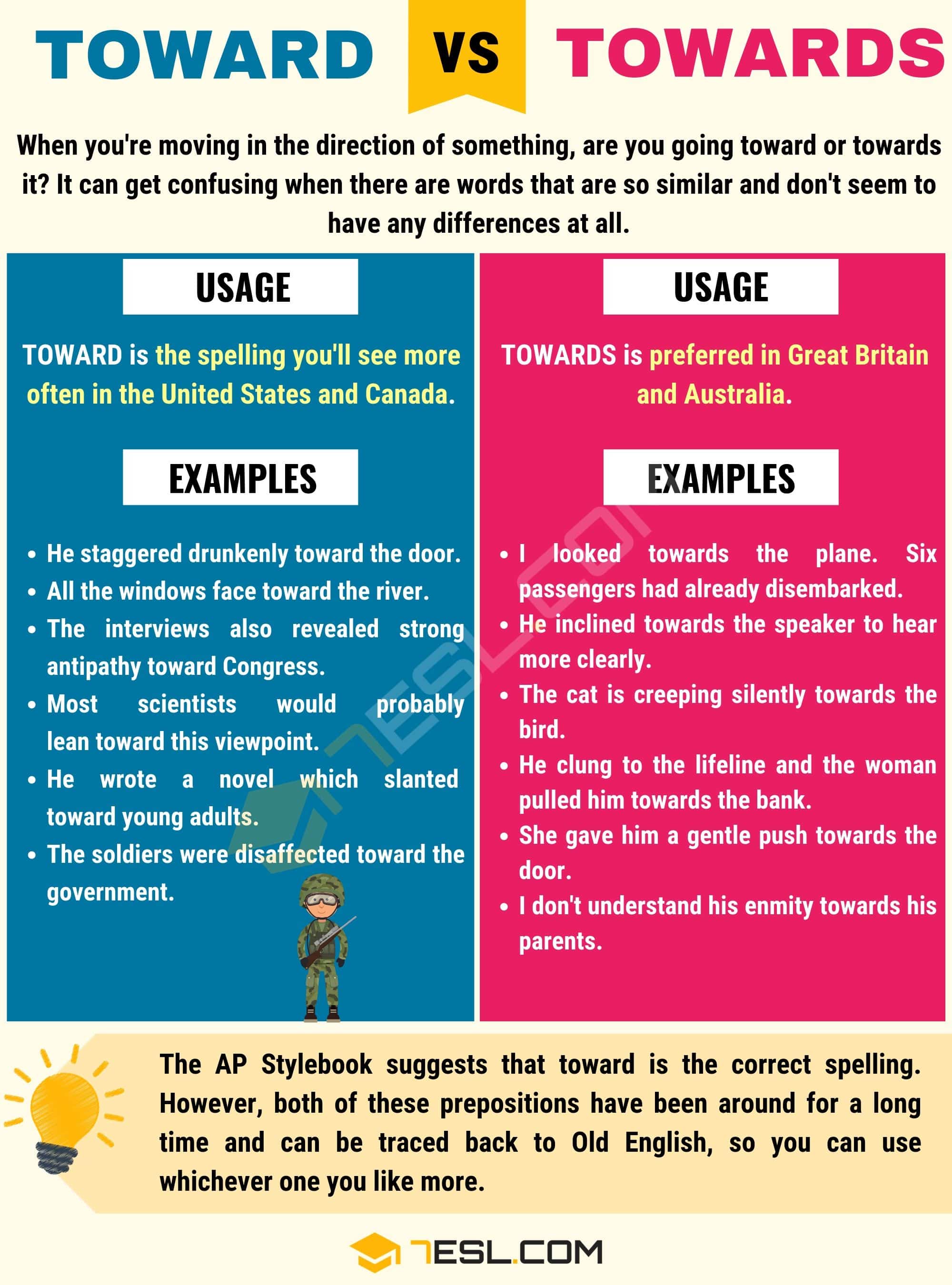 Towards vs Toward: Difference between Toward vs Towards