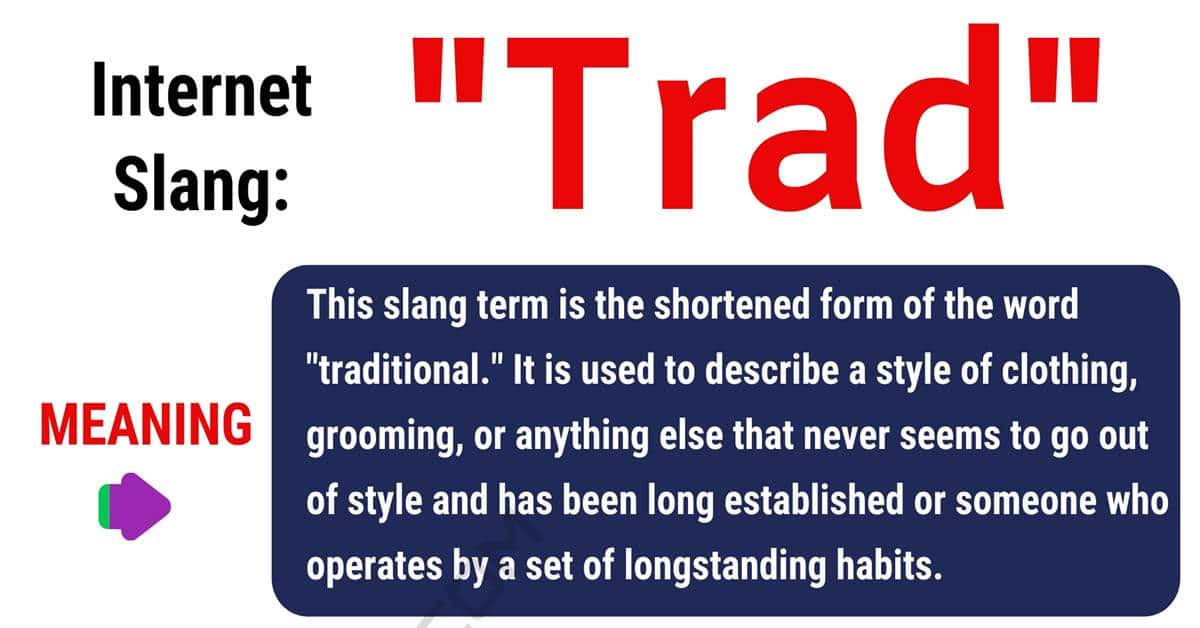 The slang term “trad” is used frequently by people on the internet and otherwise as a means to type a particular thought faster. Odds are you have seen or heard this term being used and it bought you to this page while searching for its meaning. Here you will not only find the meaning for this term, but you will also find information on its origin and some other meanings if there are any to be found. You will also see some example conversation featuring this term and some alternative ways you can say this term without changing its meaning.

What Does Trad Mean?

This slang term is the shortened form of the word “traditional.” It is used to describe a style of clothing, grooming, or anything else that never seems to go out of style and has been long established or someone who operates by a set of longstanding habits.

This slang term originated in the 1950s as a shortened abbreviated way to say the word “traditional.” At first, the phrase referred to classic jazz music, but it is has evolved to include anything that is considered classic from music to clothing and other aspects of life.

This term is said to mean several different things on the internet. One of the more popular meanings is that it is a shortened representation of the word retard meaning a stupid person. Another definition of this term says that it is a rock climbing skill that involves climbing without bolts. Yet another says that the term is an acronym that stands for the phrase “totally rockin’ awesome dude.” There are many others as well, but there are so many it would take too long to list them all here.

There are several synonyms for this term that you can use in its place. Some of the alternative words you could use without changing its meaning include: 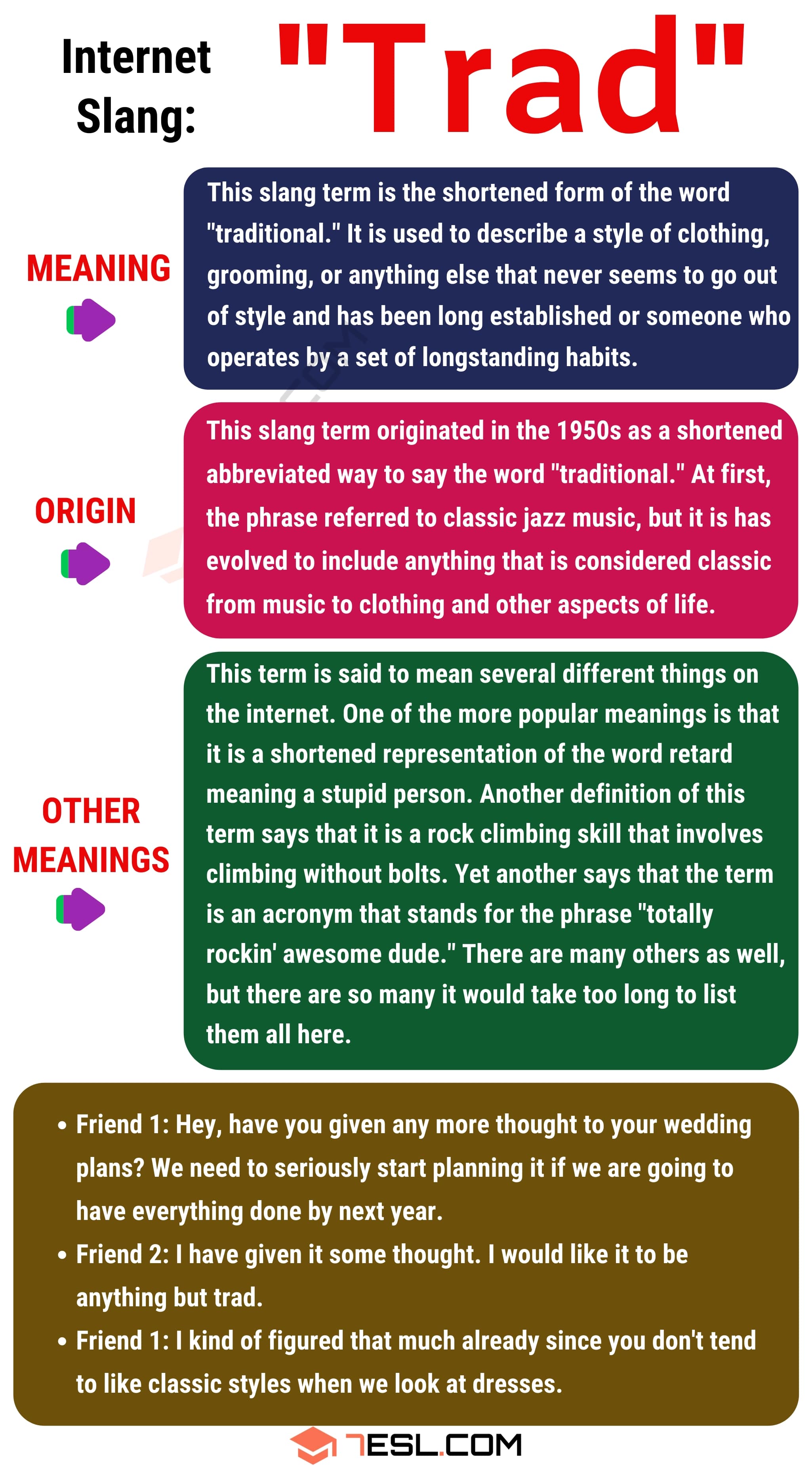