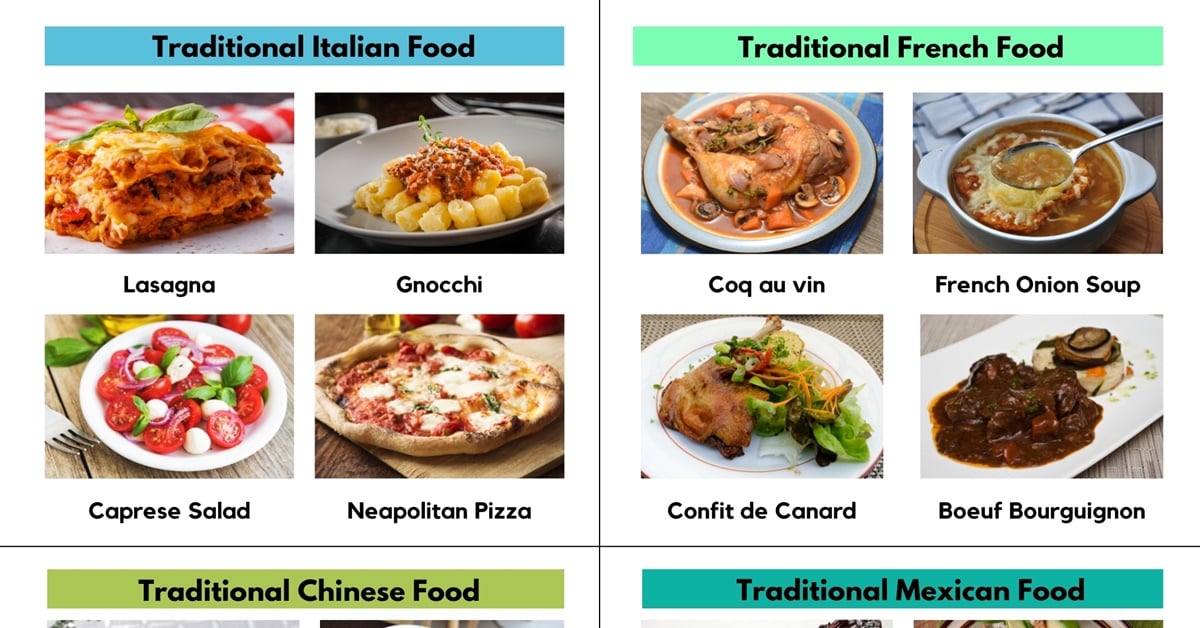 What is meant by traditional food? Definitely not the Americanized versions we see in the United States. Everything from Tex-Mex and Chinese buffets have seeped into our culture. However, here is a secret: Most of them were invented in the US, not from the nation they claim to represent.

Alfredo sauce is also not Italian. While Italy may offer similar cheesy blends, Alfredo is not among them. Nevertheless, there are so many wonderful Italian sauces, try one that is unique to Italy.

Other traditional foods from Italy to try:

French food is saucy, rich, and unbelievably full of butter. The French take their food very seriously, and dishes like coq au vin (chicken in wine) are slow-cooked in local wines giving them different flavors depending on the region you are visiting.

Traditional foods in France also include ratatouille– a beautiful vegetable dish where the colors and flavors of the region of Provence come alive. Its main ingredients are paper-thin cut zucchini, eggplant, and bell pepper topped with Provencal herbs.

Other traditional foods from France to try:

Chinese food can be found on every corner in most American cities. And yet it does not begin to cover the unique flavors captured in China’s vast country. Different regions can present very different foods, making traditional food in China very eclectic.

Baozi is a must-try for more traditional Chinese cuisine. It consists of a steamed bun filled with any sort of yummy filling.

One variant includes what most would consider being a bar-b-qued type of meat! First created in Northern China, there are many varieties in different regions, you are sure to find one you will love.

Other traditional foods from China to try:

Mexican food is definitely not the Tex-Mex that most people believe it to be. The traditional food in Mexico incorporates the flavors of the Spanish, who colonized the country. The use of vibrant flavors and colors makes a unique and distinct flavor profile.

Enmoladas resemble food you would recognize– they are very similar to an enchilada or flauta. Originating in Oaxaca, they include a filling, usually made with chicken that is rolled up and deep-fried.

Enmoladas are topped off with a mole sauce, and traditional mole sauces can be different based on where they are made, regionally. But they commonly contain fruit, chili peppers, spices, and nuts.

Other traditional foods from Mexico to try:

Traditional Food Around the World | Image 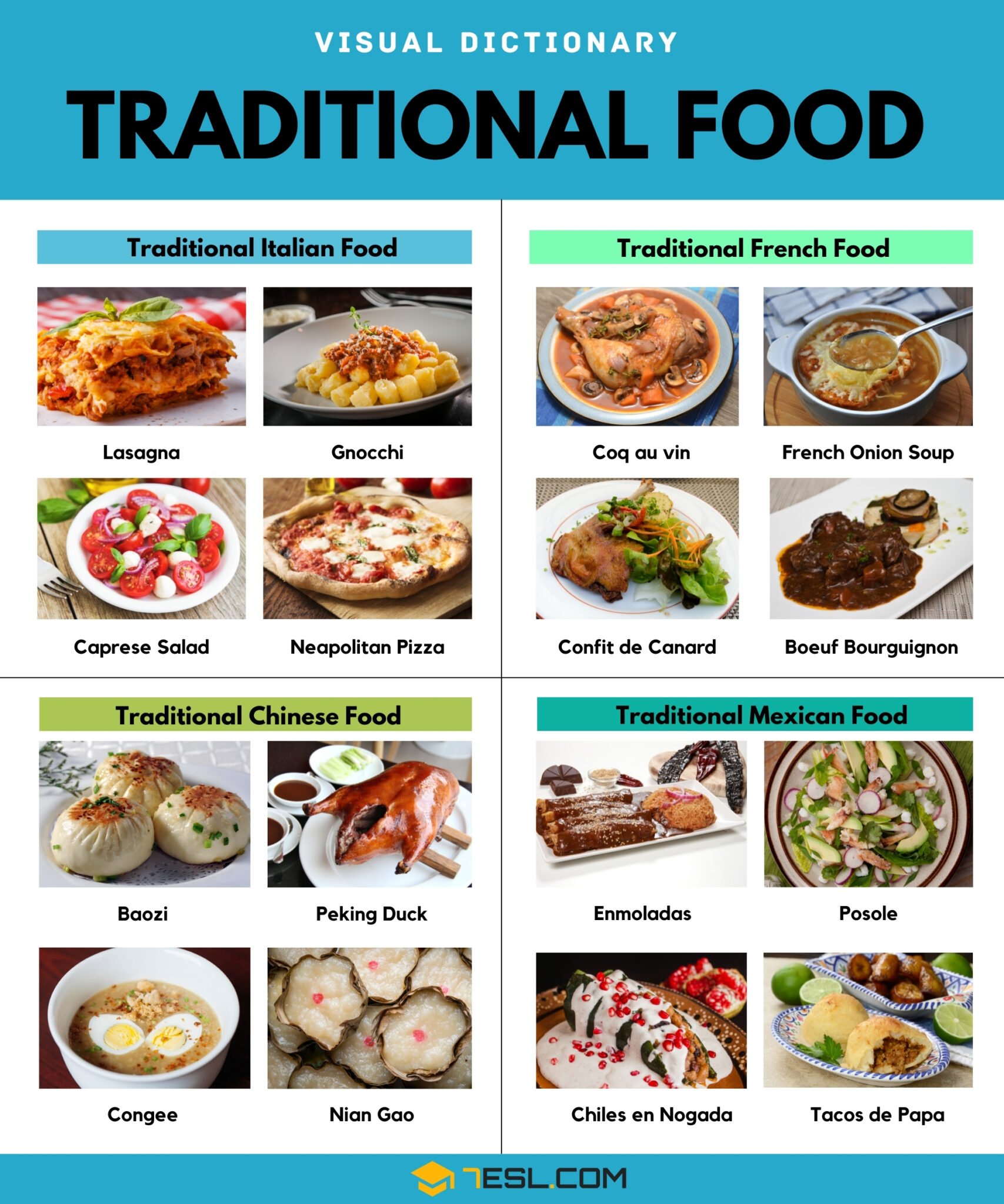 You cannot even watch the video for a minute straight without getting adds, It’s quite upsetting.