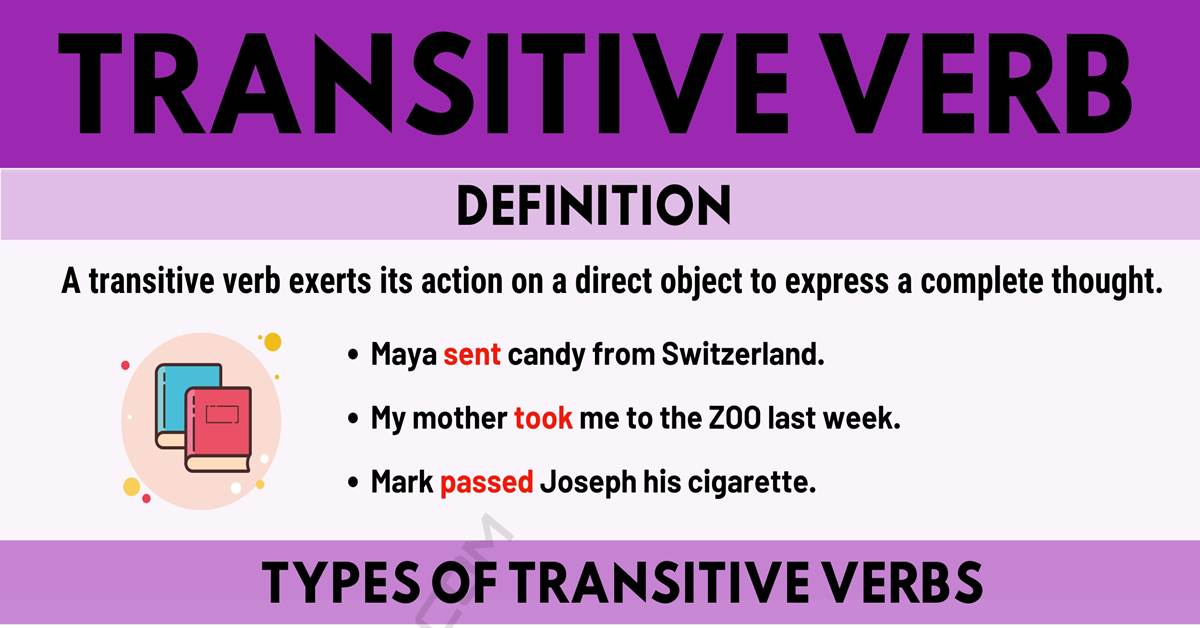 Every verb that accepts one or multiple objects in a grammatical structure, more often than not a sentence, is called a transitive verb. Like any other thing in nature or in grammar, transitive verbs have their opposite mirror image, the intransitive verbs. These types of verbs have a long tradition. They were first discovered and regularly used in ancient times. The first grammarian or philosophical school that studied them and used them regularly were the Stoics of Ancient Rome and Athens. Those are verbs that do have objects in their grammatical structures.

A basic example of a verb discussed above would be:

Based on the number of objects that they need, they can be separated into a few categories.

The first ones that we are going to talk about are monotransitive. The monotransitive verb is a type of verb that only comes with two arguments, a subject, and a direct object.

An example of a monotransitive verb would be:

Verbs that come with two arguments, or two objects, one direct and one indirect are called ditransitive verbs. The most used verb of this kind in the English language is probably the verb give.

Examples of a ditransitive would be:

This type of verb can also come in a lot of passive voice sentences, not only active ones. For example:

Verbs that have three objects in their grammatical structures are called tritransitive verbs. Since there are not three different kinds of objects in the English language, this type of verb structure uses, an indirect, a direct and a prepositional phrase to form this type of structure. There is still debate in the field of language studies as to this definition. Many still think that this type of verb doesn’t really belong to the translative verb family. Since we respect all sides of the coin, we have decided to include it in our article. In addition, clauses that behave like a grammatical argument can also be sued to form this type of verb structure.

Examples of tritransitive verbs would be:

The contrast to transitive verbs, as we have mentioned earlier, are intransitive verbs. Those are the kinds of verbs that do not necessitate objects. Another key to recognizing those types of verbs is that they are primary action verbs. Examples of such verbs and their sentences would be: 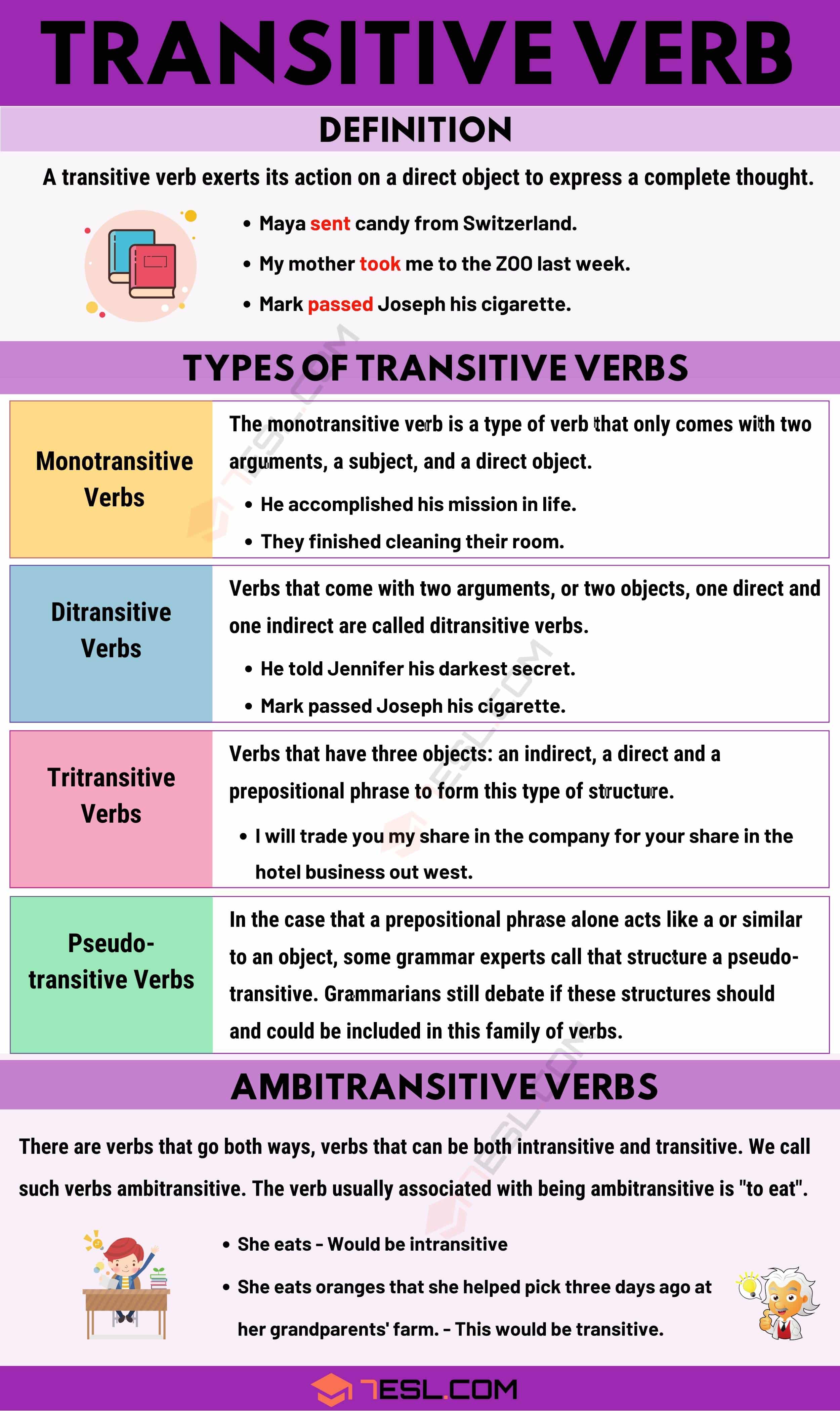