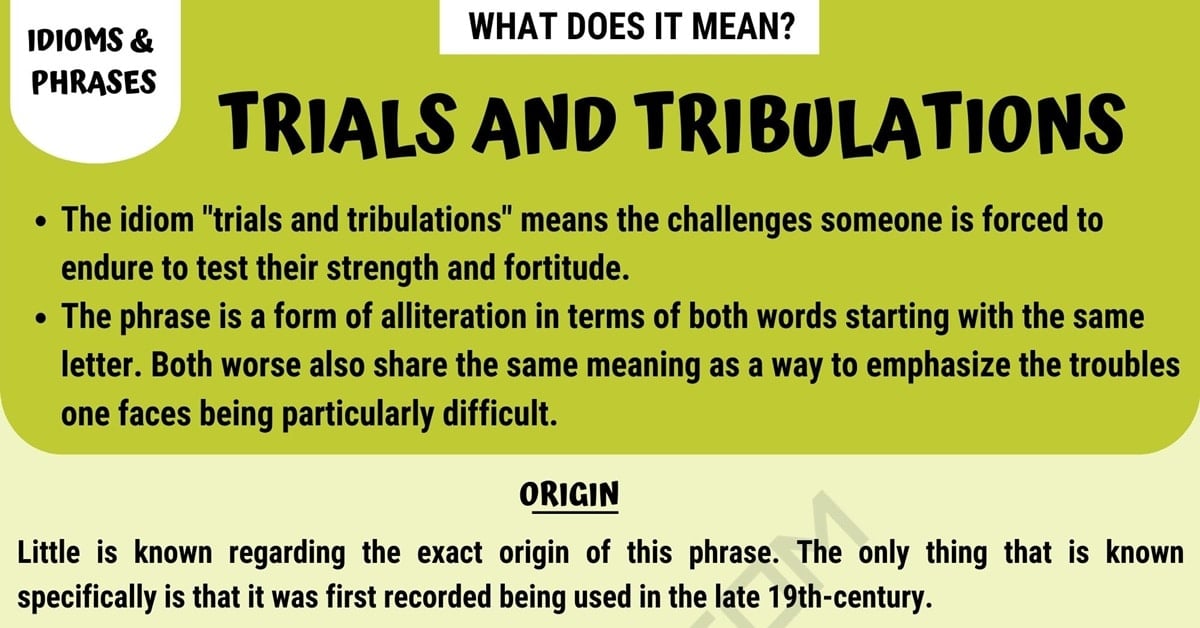 The idiomatic phrase “trials and tribulations” has been used for hundreds of years and is still a popular idiomatic term used today. If you have been wondering about this phrase and it led you here, then you have come to the right place. Here you will find more than just the meaning. You will also find information about the phrases’ origin, as well as some example sentences and conversations so you can see an illustration of how it is used in the proper context. You will also discover some suggested words or phrases that you can use instead of using this particular phrase in a conversation.

The idiom “trials and tribulations” means the challenges someone is forced to endure to test their strength and fortitude. The phrase is a form of alliteration in terms of both words starting with the same letter. Both worse also share the same meaning as a way to emphasize the troubles one faces being particularly difficult.

Little is known regarding the exact origin of this phrase. The only thing that is known specifically is that it was first recorded being used in the late 19th-century.

Alternatives to “Trials And Tribulations”

There are many alternative phrases that you can use as a substitution for the idiom “trials and tribulations.” Some of the other phrases you could use to convey the same meaning include: 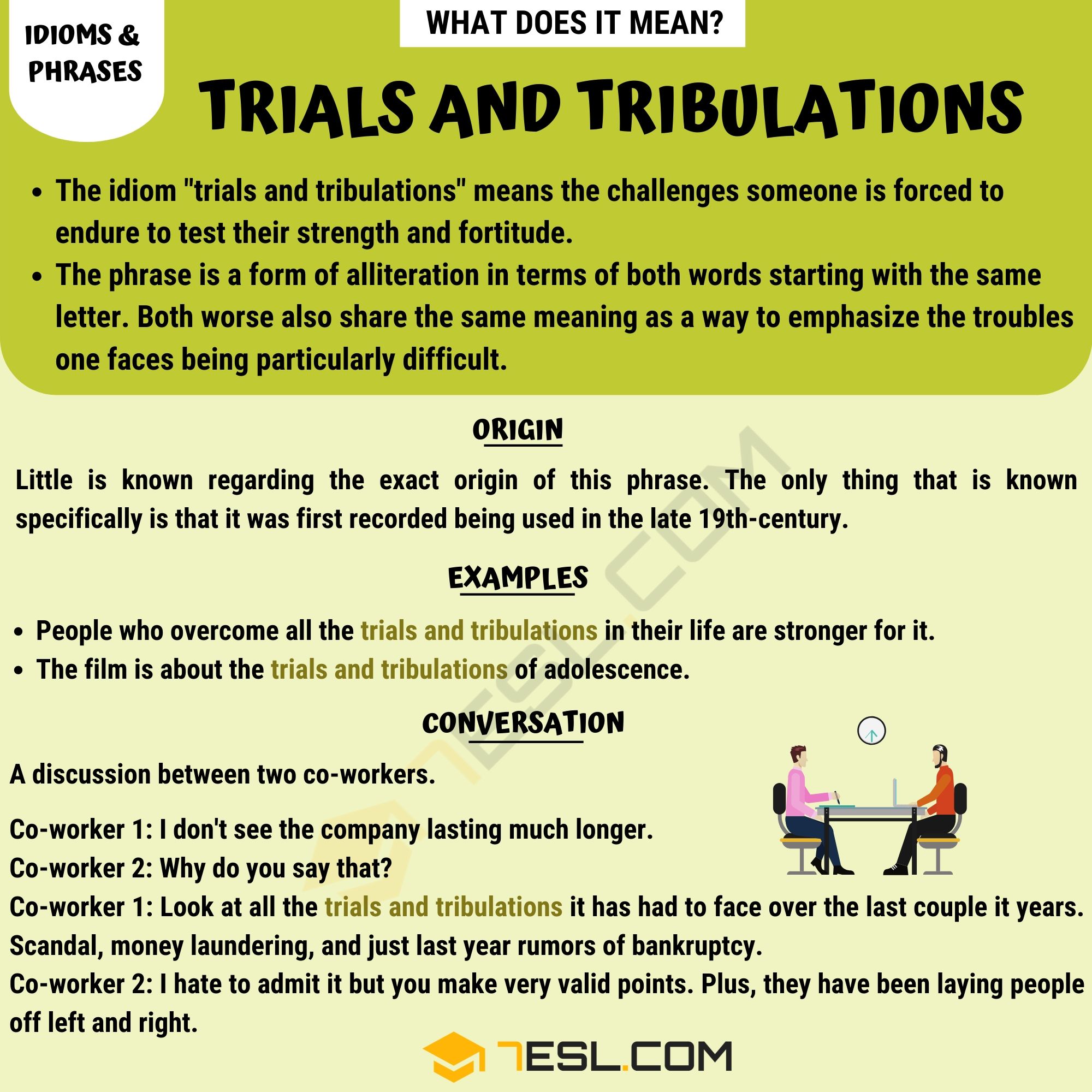