“Tribbing” is a slang term only heard in specific circles so it would be reasonable to have some questions about it. Here you will find the meaning of this term and information regarding its origin if that information is available. You will also find some other meanings of the term if any exist and see the term used in example conversations so you can gain a better understanding of what the term means by seeing it used in context. In conclusion, you will also discover some alternate words or phrases that you can use in place of the term “tribbing” during any type of conversation.

What Does Tribbing Mean?

The slang term “tribbing” is the term used to describe two lesbians partaking in a form of sexual intercourse in the scissor position where one female rubs their genitalia up against another females genitalia for sexual stimulation and gratification. It is an abbreviated version of the full term “Tribadism.”

The term “tribadism” and thus the slang term “tribbing” derives from two Greek words. The first is the word “tribas” which is defined as a woman who practices sexual acts with herself or other women. The second Greek word is “tribō” which is a verb meaning to rub. The practice of tribadism was originally practiced in Ancient Greek and Roman sexuality by people called “tribades” in the late first century and has been practiced throughout history ever since.

Currently, there are no other known meanings of the slang term “tribbing.”

A conversation between a lesbian couple:

A conversation between an older sister and a younger sister:

There are several other words or phrases that you could use to replace the word “tribbing” in conversation and still convey the same meaning. Some of the things you could say instead include: 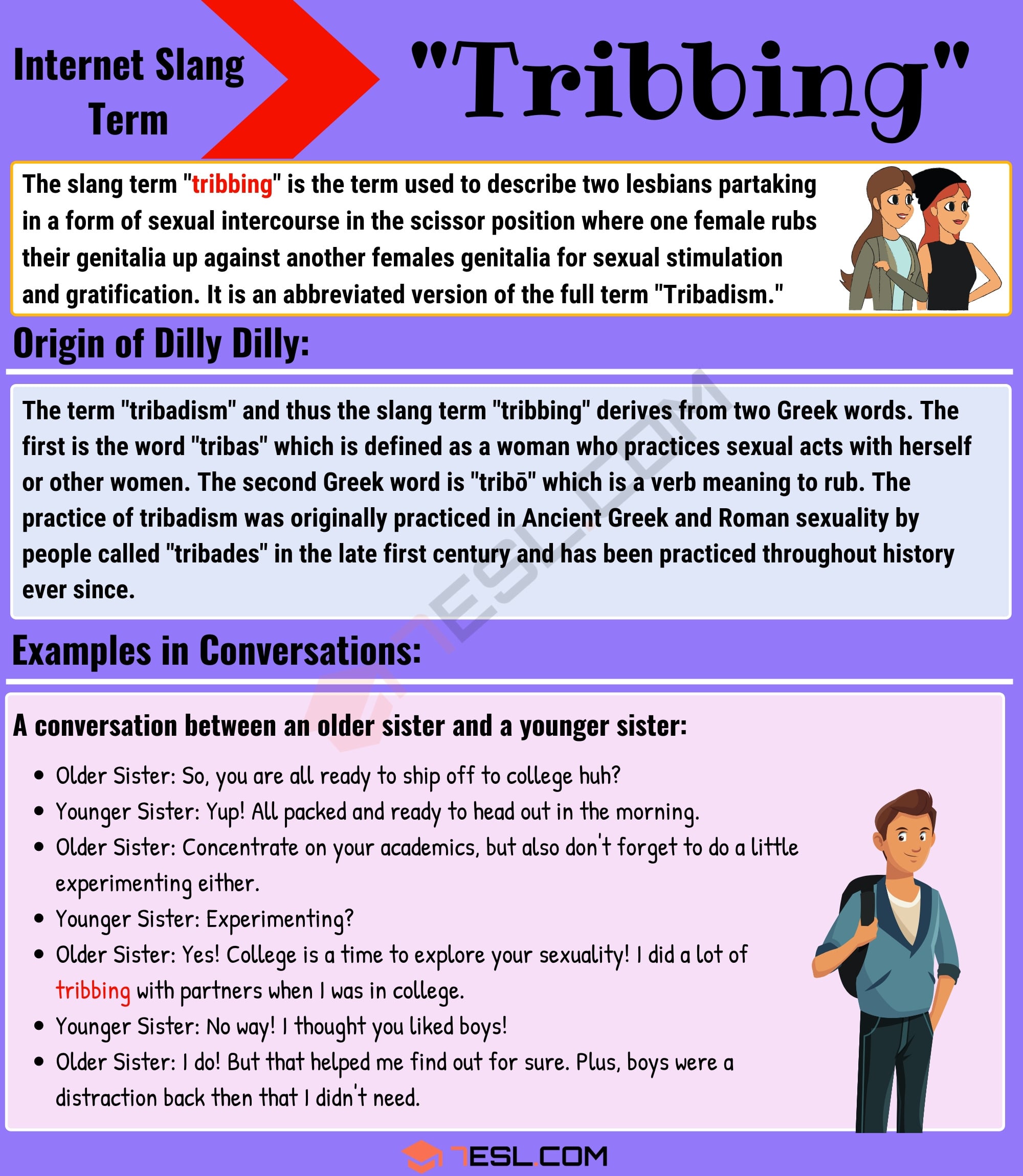