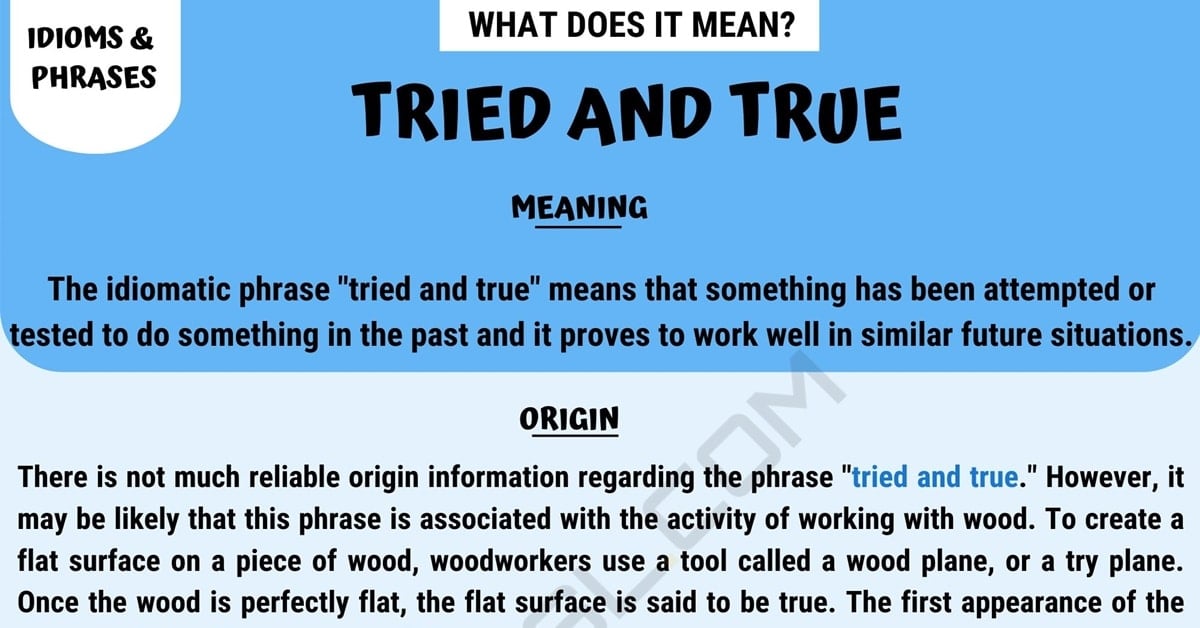 The idiomatic phrase “tried and true” is a phrase that you may encounter being used in everyday informal conversation and writing. Here you will find the meaning of this phrase and the information regarding its origin. You will also find some examples of how to properly use this phrase in conversations/statements and you will discover alternative ways to say this phrase while still conveying the same meaning.

The idiomatic expression “tried and true” means that something has been attempted or tested to do something in the past and it proves to work well in similar future situations.

There is not much reliable origin information regarding the phrase “tried and true.” However, it may be likely that this phrase is associated with the activity of working with wood. To create a flat surface on a piece of wood, woodworkers use a tool called a wood plane, or a try plane. Once the wood is perfectly flat, the flat surface is said to be true. The first appearance of the phrase “tried and true” was in 1792.

A statement made during an advertisement on television.

A statement made at a charity event for the local hospital.

A conversation between two friends talking over coffee.

A conversation between a mother and daughter.

Other Ways to Say “Tried And True”

Like all idioms, there are many alternative ways to say the phrase “tried and true” and still convey the same meaning. Other ways to say this phrase include: 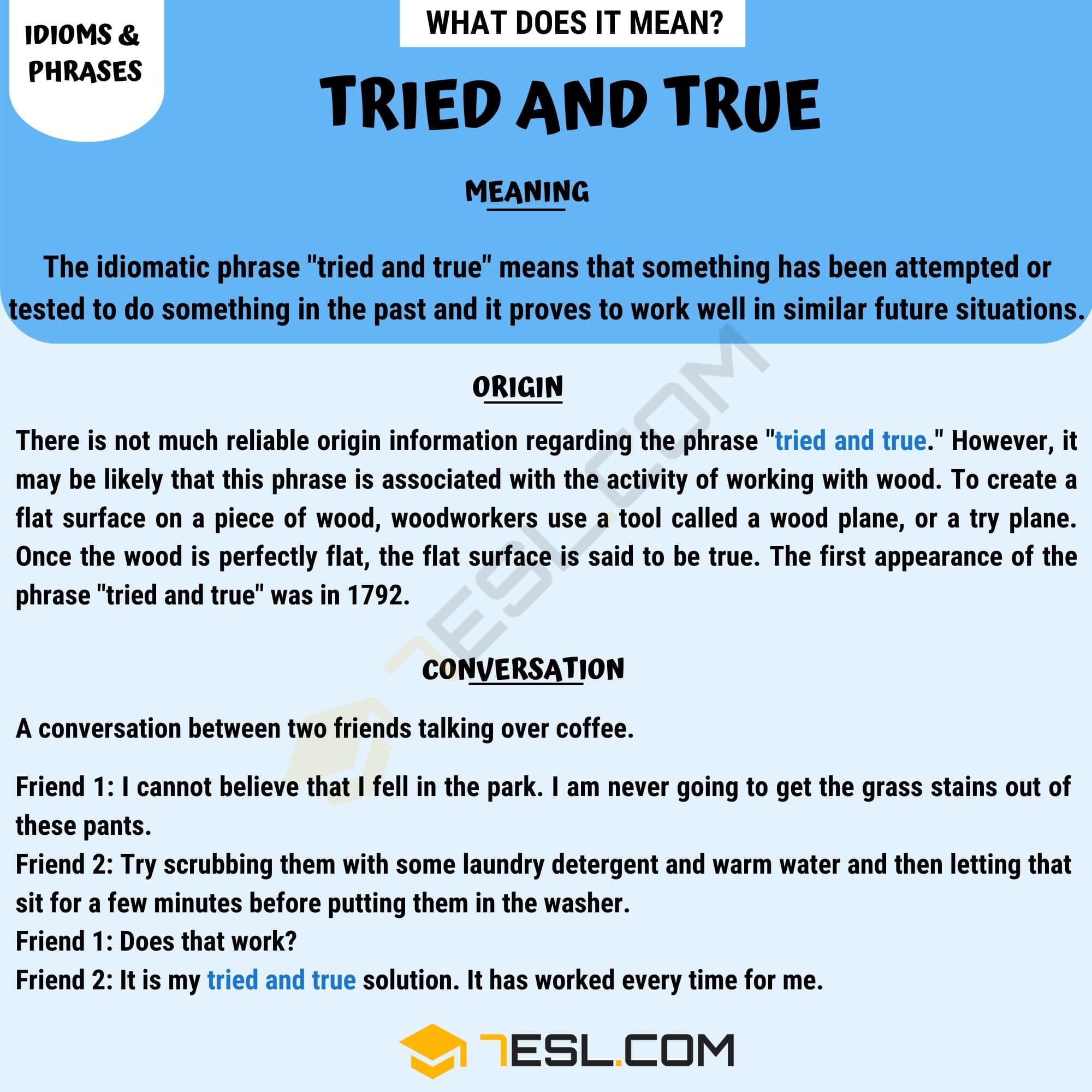