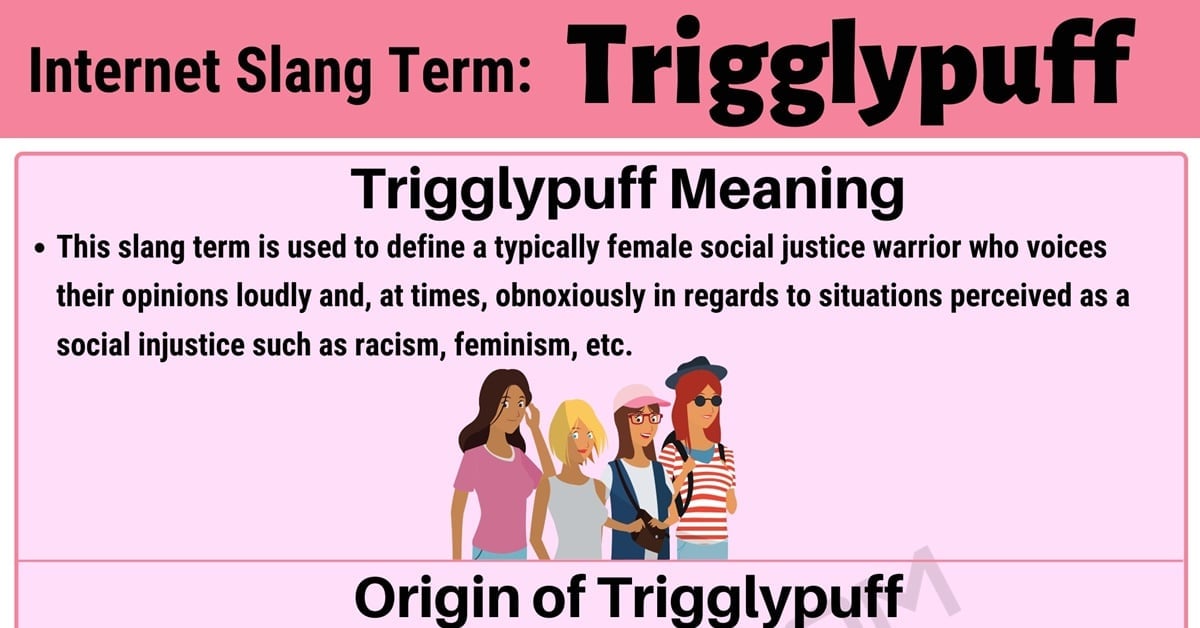 The slang term “trigglypuff” is used on the internet today like most people used names back in the day that they would call someone who they didn’t agree with or didn’t like. If you have encountered this term in some form or another and were wondering what it means, then you have come to the right place. Here you will discover the meaning of this term, the term’s origin, and some other meanings if there are any to be found.

You will also see some example conversations featuring this word used in its correct context to help you better understand its meaning. Finally, you will see some alternative words of phrases you can use in place of this word during a conversation to convey the same meaning.

What Does “Trigglypuff” Mean?

This slang term is used to define a typically female social justice warrior who voices their opinions loudly and, at times, obnoxiously in regards to situations perceived as a social injustice such as racism, feminism, etc.

The origin of this slang term comes from an April 2016 incident where a panel of people was speaking at an event called The Triggering: Has Political Correctness Gone Too Far that took place at the University of Massachusetts in Amherst. While one of the speakers was making her speech, she was being heckled by the crowd and one person in particular just happened to catch the eye of the internet. An overweight female stood in the crowd cursing the speaker and saying things to her the entire time she was speaking.

She at times waved her hands in the air causing the excess fat under her arms to jiggle. The outburst was recorded and it was made into a meme that was widely spread around the internet. The term was then invented by combining the two words “triggered” and “jigglypuff,” with triggered meaning “set off” and “jigglypuff” referring to one of the original Pokemon characters who appears as a pink blob and jiggles like Jell-O in reference to the female being overweight. It is now used to define a feminist or other social justice warrior in general.

There are currently no other meanings listed for this slang term. 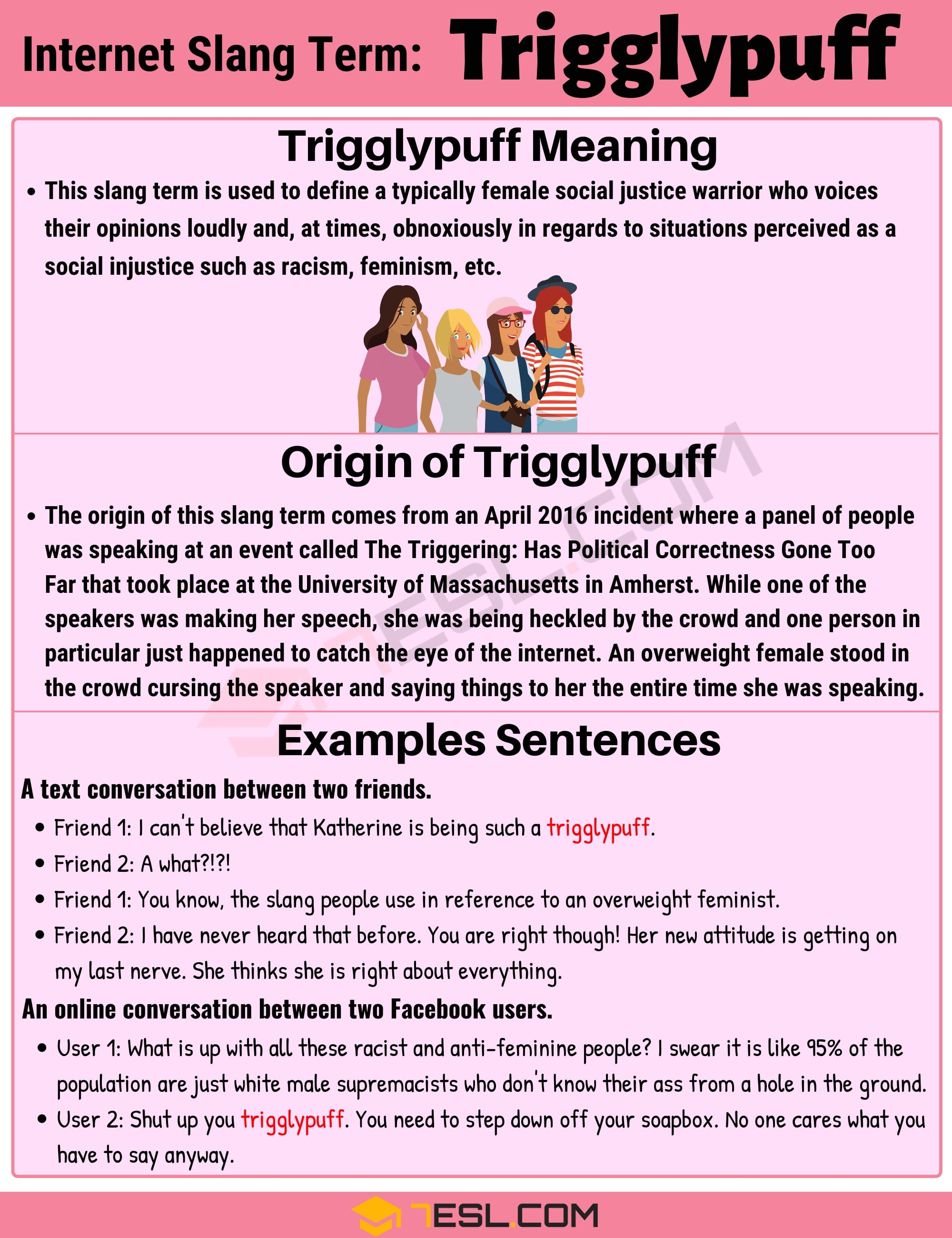