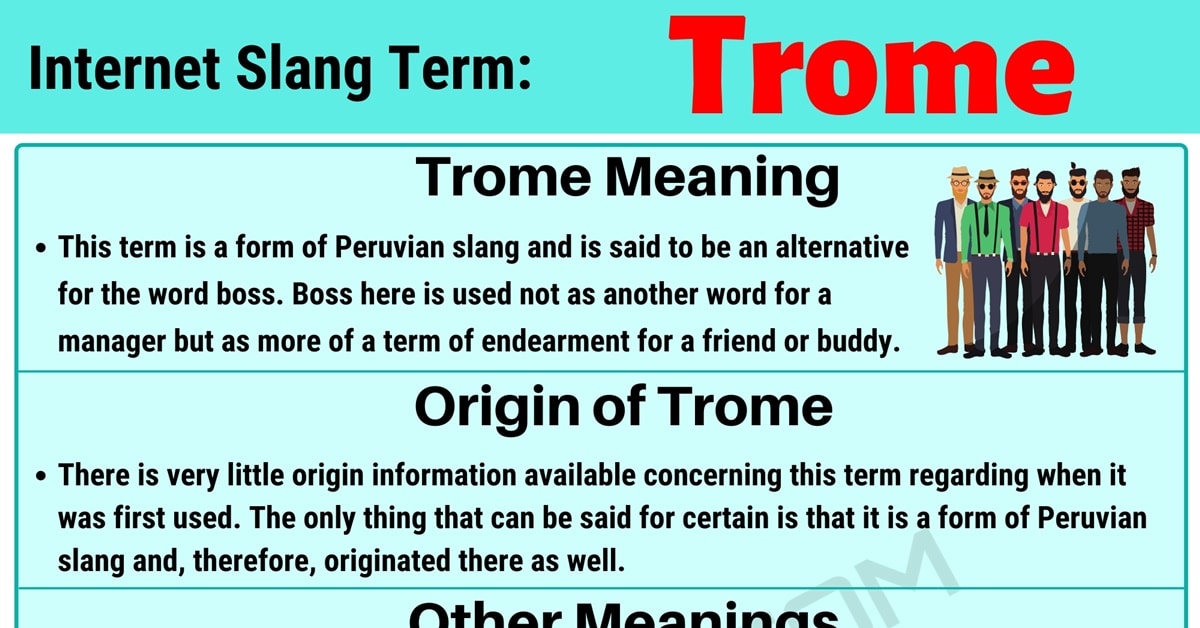 “Trome” is not a slang term that you will hear very often in America unless you hang around someone who is of a certain descent. However, odds are you have heard it before and it is what bought you here. On this page, you will find the meaning of this term, information about its origin, and some other meanings if any exist.

You will also see some conversation examples used to highlight the correct usage of this term and to help you to understand it better. Lastly, you will see some words or phrases that are synonymous with this term and can be used in substitution for the term in conversation.

What Does “Trome” Mean?

This term is a form of Peruvian slang and is said to be an alternative for the word boss. Boss here is used not as another word for a manager but as more of a term of endearment for a friend or buddy.

There is very little origin information available concerning this term regarding when it was first used. The only thing that can be said for certain is that it is a form of Peruvian slang and, therefore, originated there as well.

There are some other meanings mentioned in the research of this slang term. It could be argued that the word originated from the Old Irish word “trom” or Celtic “trummos.,” both meaning heavy or tense. Another specifies there is no meaning because the term is not a word. Yet another says that this term combines the word “troll” and “home” to describe the home where a troll lives.

There are several synonyms that you could use to replace this slang term in conversation. Some of the other words or phrases you could use instead include: 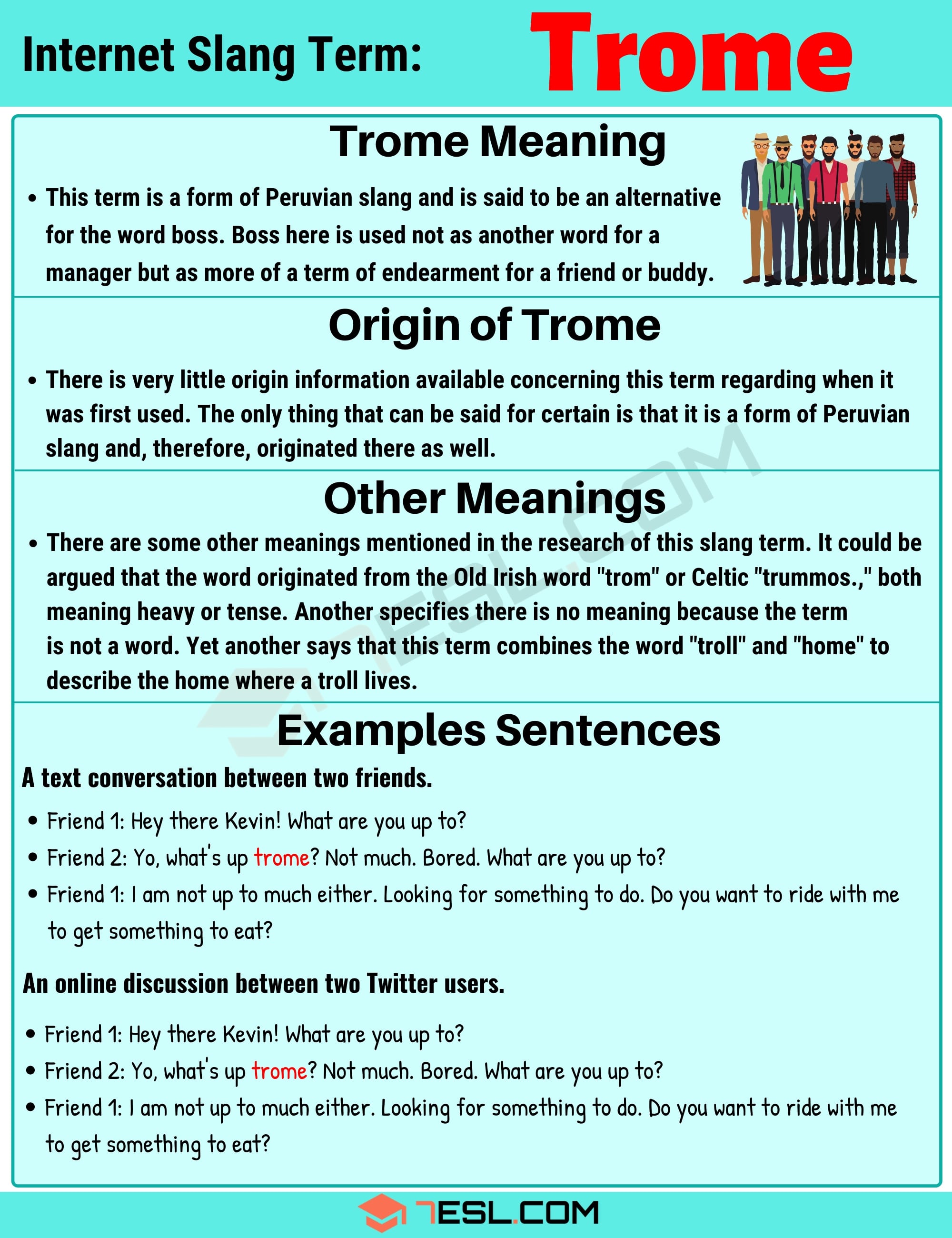