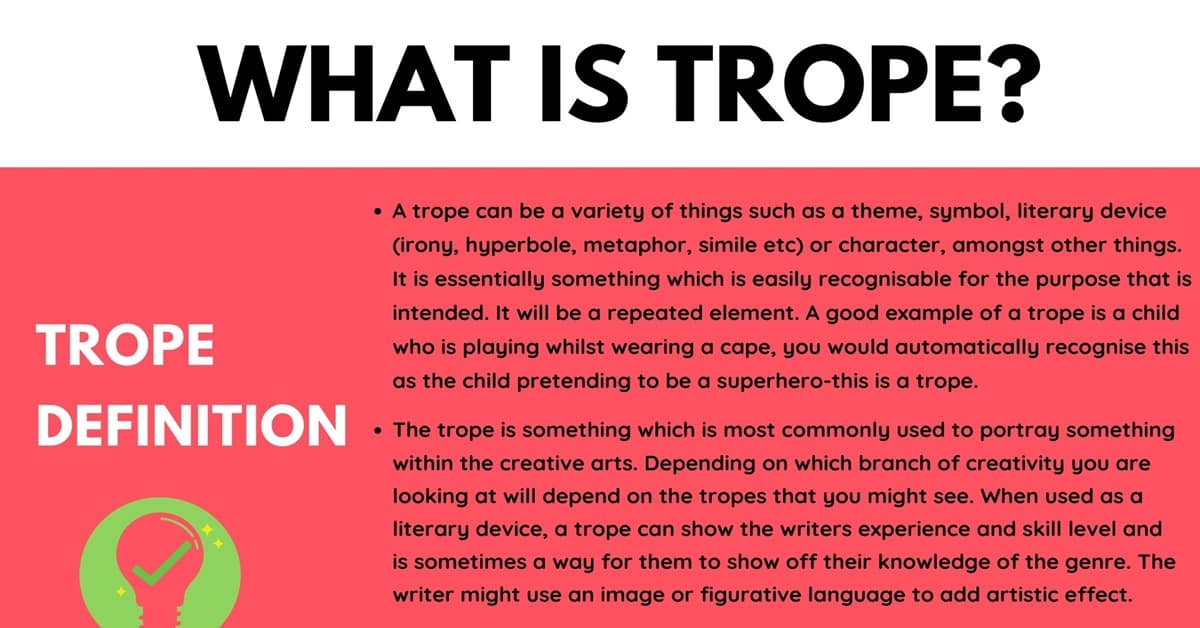 Trope is something which can be used as a literary device and you may have heard about this technique when studying the English language. But what is trope and how can it be used? In this article, we are going to explore trope and how it is used as well as looking at a variety of examples to back this up.

A trope can be a variety of things such as a theme, symbol, literary device (irony, hyperbole, metaphor, simile etc) or character, amongst other things. It is essentially something which is easily recognisable for the purpose that is intended. It will be a repeated element. A good example of a trope is a child who is playing whilst wearing a cape, you would automatically recognise this as the child pretending to be a superhero-this is a trope.

The trope is something which is most commonly used to portray something within the creative arts. Depending on which branch of creativity you are looking at will depend on the tropes that you might see. When used as a literary device, a trope can show the writers experience and skill level and is sometimes a way for them to show off their knowledge of the genre. The writer might use an image or figurative language to add artistic effect.

A trope becomes so popular simply because it is a reference which works. It can give a reader or a listener a sense of security in knowing what to expect from simply recognising the trope.

Examples of Trope In Speech

There are many examples of tropes being used in a spoken sense, this could be in film or in song for example. We are now going to take a look at some examples of how a trope might be used in spoken language.

Examples of Trope In Literature

In order to further understand their use, we are now going to explore some examples of tropes used in written work.

Other Examples Of Trope

You may remember from earlier on that a trope can be used in a variety of instances. Let’s now take a look at some examples of this.

In the most simple terms, a trope is something which is easy to recognise and such as a recognisable plot element, an image or a figure of speech. The trope can be used in a whole wealth of ways and in this article, we have been able to take a look at some examples of this to help us gain a greater understanding of what a trope is and what it is used for. 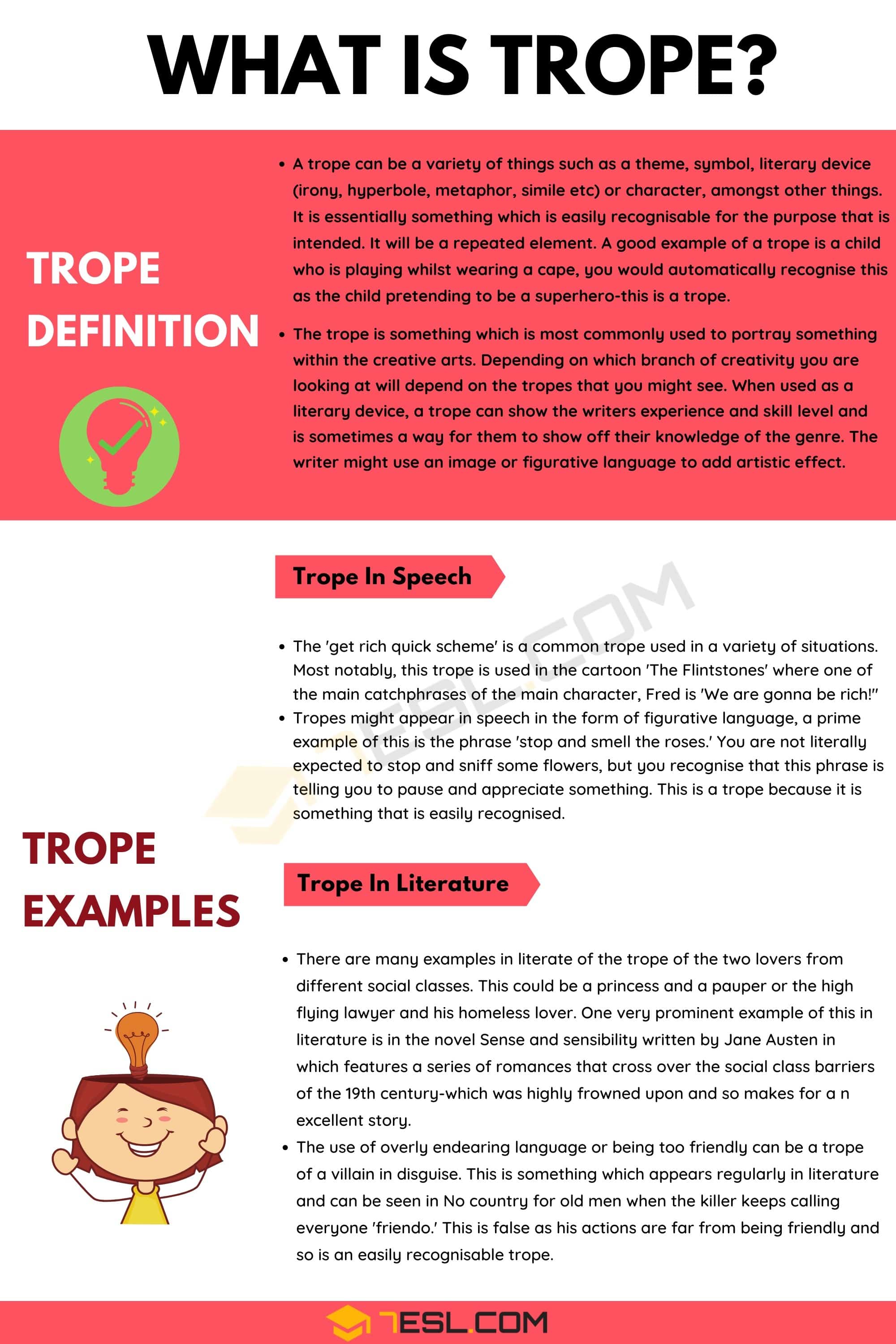 Very useful to the interestees !

The reference to social class barriers in Sense and Sensibility is deeply misleading, or rather revealing of a profound difference between English and American sensibilities. The Dashwood women are not social climbers. It is Fanny’s connections, and notions of social fitness which are greedy and self-interested The crux is that Fanny has – and proves adept at getting – money. This continues to bedevil the American as distinct from the European point of money: money is class, ain’t it? money is power. Will it take another two hundred years for Americans to shake off this perverse obsession?